Rihanna Gets Surprised Backlash Over Her Statement On Israeli-Palestinian Crisis 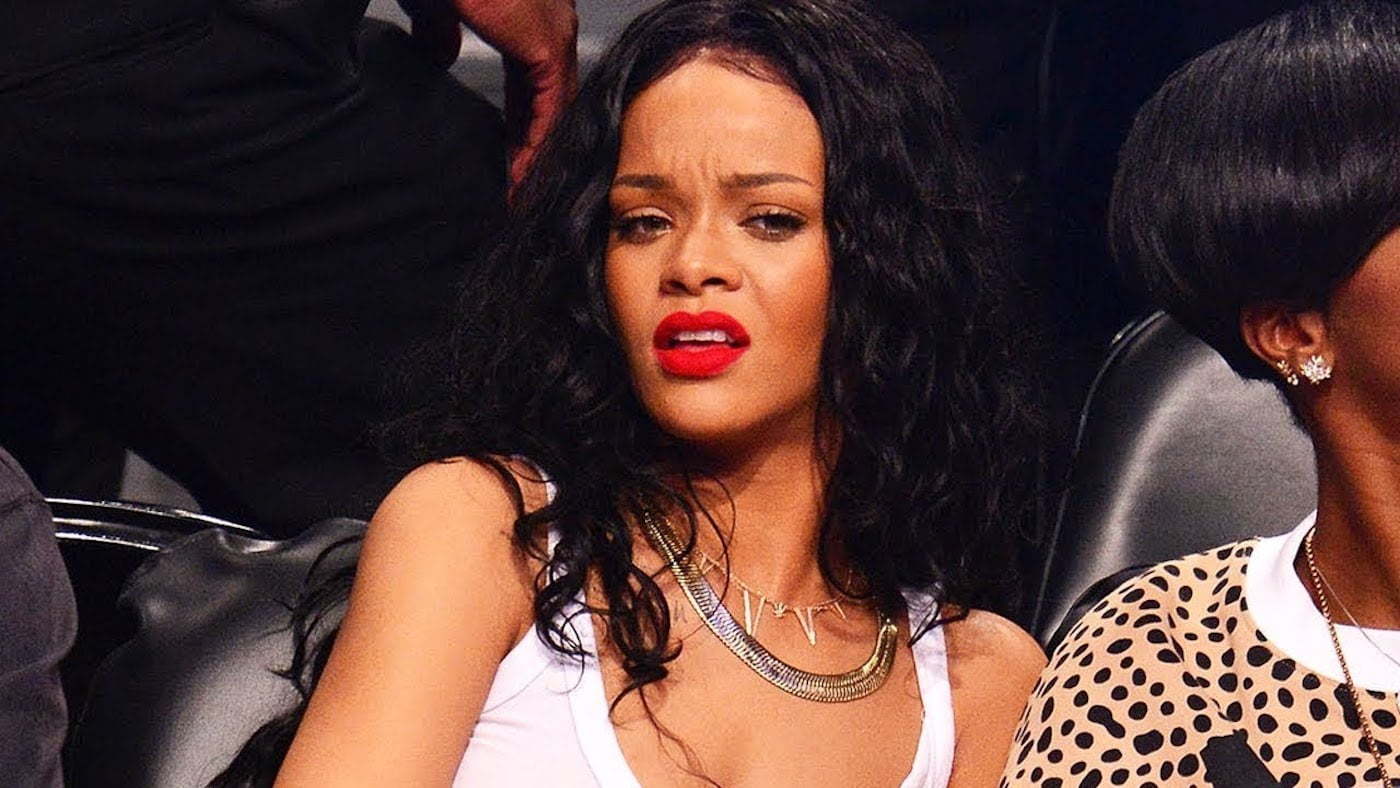 Rihanna is facing backlash after her seemingly neutral stance on the Israel-Palestine conflict.

Weeks of tension between Israel and Palestine have erupted into what the United Nations has framed as a potential “all-out war” as airstrikes have begun to befall the lives of innocent people. The highly controversial political warfare has brought many voices to social media, sharing updates on the tragedy as well as influencers condemning the violence. Recently, Wonder Woman star Gal Gadot came under fire for her tweet that called for Israel to “be free”. The actress who served in the Israeli army was accused of spreading “propaganda” and later had to disable her comments.

Rihanna is the latest celebrity to be bashed for her response to airstrikes taking to Instagram to say “I stand with humanity!” The singer and beauty mogul wrote a statement for social media saying, “My heart is breaking with the violence I’m seeing displayed between Israel and Palestine! I can’t bare to see it! Innocent Israeli and Palestinian children are hiding in bomb shelters, over 40 lives lost in Gaza alone, at least 13 of whom were also innocent children!

“There needs to be some kind of resolve! We are sadly watching innocent people fall victim to notions perpetuated by government and extremists, and this cycle needs to be broken!” she added. The Fenty Beauty CEO was accused of taking a neutral stance in a matter where many believed there was an aggressor and a victim. Some even say Rihanna was pulling the “all lives matter card,” which did not go over well.

Other celebrities did share posts expressing their solidarity with the Palestinians and calling for an end to their suffering. Supermodel Bella Hadid was among those whose post called out those who take a diplomatic approach to their statements out of fear. “Future generations will look back in disbelief and wonder how we allowed the Palestinian suffering to continue for so long. A human tragedy unfolding right in front of our eyes,” Hadid wrote.

“Politicians stutter neutral words in fear of being reprimanded, whilst the world remains silent to avoid offending the wrong people. History has taught us to speak up. You are either on the right side or you are not. It’s that simple.” Her post has since been shared multiple times, including by Grammy-winning singer Dua Lipa.

The ongoing bloodshed has seen the death toll rise above 70 in just three days. This isn’t the first time Rihanna has publicly commented on the Israel-Palestine conflict, albeit the first time was said to be inadvertent. In 2014, the singer tweeted a “Free Palestine” hashtag that sent Twitter into a frenzy.

This was exacerbated when she deleted the tweet and replaced it with what was also perceived as a neutral statement, “Let’s pray for peace and a swift end to the Israeli-Palestinian conflict! Is there any hope?” she wrote. A source told TMZ that the singer accidentally made the initial tweet after clicking on a link.

Ricardo O'Connor i always strongly believe that, i suggest every one still visit their local libraries and blow off the dust from the old books

That is true what you state about social media information. I definitely believe that. Independent sources are always the way to go. But I think it goes deeper than them laying down their weapons.

@caribmama, google is not the arbiter of truth. They are in fact an entity that propagates lies and who views are shewed to suit whatever narrative are spewed from a particular group. They are very partisan in their views. If you really desire the truth of the Palestinians and Israeli conflict you need to go to independent sources that isn’t funded by special interest groups or lobbyists. Google, Facebook, Twitter etc., are bad sources of history and truth. These entities are bias and have an agenda to control the masses through lies and propaganda. Whatever truth they have is their version of it and not THE TRUTH. My understanding of the Palestinians and Israeli conflict goes beyond the lies and deceptions of google’s.

Ricardo....YouTube or google the history of Palestine and you will have a better understanding about why Palestinians do what they do. It is defiantly a tragic tale and maybe you will see Israel in a different light.

You either have to be on one side of the road or the other. If you stay in the middle of the road, you will get run over.