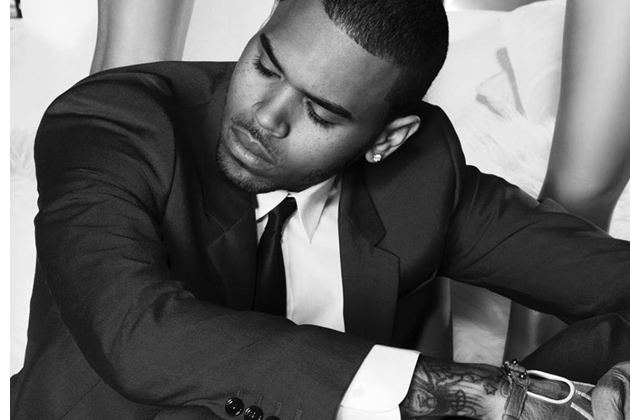 Chris Brown has been dealing with several medical issues that have been at the root of his angry outbursts, according to the anger management facility he's been in for the last month and a half.

The singer has been diagnosed with Post-Traumatic Stress Disorder, bipolar II disorder and severe sleep deprivation. The weed smoking habit Chris picked up was one way he was improperly self medicating

TMZ obtained a report from the facility that details Chris' diagnosis. 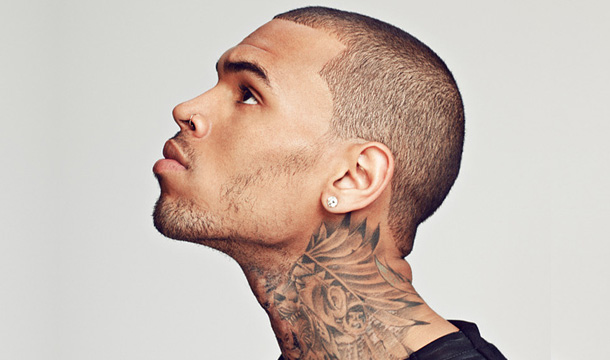 Chris has responded well to treatment, medication prescribed for his conditions and relaxation exercises. He has tested negative for weed during his stay at the facility and is working hard to complete his court ordered community service.

"Mr. Brown's attitude has been beyond exemplary in regard to his community service responsibilities."


The National Institute of Mental Health writes there are several causes for PTSD.

PTSD develops after a terrifying ordeal that involved physical harm or the threat of physical harm. The person who develops PTSD may have been the one who was harmed, the harm may have happened to a loved one, or the person may have witnessed a harmful event that happened to loved ones or strangers. 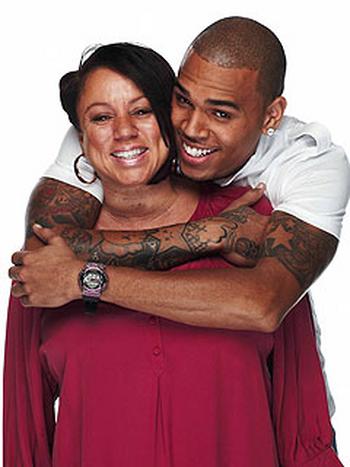 The treatment facility didn't disclose how Chris got PTSD, but in 2009 he told MTV that he witnessed his mother, Joyce Hawkins, being physically abused by his stepfather when he was "7 or 8" years old.

Rihanna and Chris Brown are talking again and could be heading down reunion lane.
According to Page Six, Rihanna and her abusive ex have been texting each other more frequently and her friends are worried that she could reunite with him.

Rihanna Apologize To Drake, Says “I Chose The Wrong Guy”


This is what a source said:
“Chris started texting Rihanna on her birthday [Feb. 20], and the two have been sending each other a flurry of texts ever since,” a source told the tabloid.
“Rihanna didn’t write back right away .?.?. but later that night she started getting sentimental and texted back, ‘thank you,’ and asked how he was,” the source added. “Since then, the two haven’t stopped texting each other and friends are freaked out that she’s going to start dating him again.”
The problem with this assumed reunion is that Rihanna has been spotted with Drake a lot more frequently these days.

Rihanna Blast Chris Brown On Instagram: “Where the F–k Were You?” Do you agree with her?

Drake even brought her on stage at his concert in Paris earlier this week, prompting freshrumors that the two are dating again.

But Drake insisted that they are just friends during a recent interview with Rolling Stone.

Comment by DaRadiant1 on March 2, 2014 at 10:09am
I understand how exactly Chris and Rihanna feels. *smile*. It's ok. What I do know about Chris is this. We Tauruses react by touch. We are intuned by what all our senses. I too went thru in fact what Rihanna web thru. But, by Chris making that first step, just made me realize that me and a special friend will be just fine.

Comment by Paula Jones on March 1, 2014 at 6:50pm
Mz. Shirley
Uhhh-Ohhhh!!!...LoL!!
U teaching them Right. First of all our Children need to Learn Self-Respect ..and Respect for others. ..and how to Handle Situations when they feel Disrespected...

Well said miss Paula Jones I keep repeating this to my own sons. Cause you might find a women like me to kick your ass if you put your hands on a female

Comment by Paula Jones on March 1, 2014 at 4:13pm
Well there's some Type of "Magnetic Emotional Force"..that keeps bringing these two back to each other...but If they haven't Learned from their past Mistakes and the Violent Physical/Emotional Drama..then what do U say. It's their Life...It's their Drama...Its their Business. Yes, We don't k*** to see Ppl abused in any Form..but like my Mother use to tell Me..."A person can't do no more to You..than what U ALLOW them to do to You". So on that Note..if they want to Keep Riding this RollaCoaster Relationship...and keep going around on the Merry-go-Round Ride of Emotions...then LET THEM!! I'm glad to hear that Chris Brown had finally owned up to having a Problem..and Agreeing and Cooperating to Get & Receive Help..finding the Root of where his Anger and Violent behaviors came from. He did mention that his Witnessed his own Mother being Physically Abused by his StepFather, at the age of 7 or 8 yrs old..which pretty much Explains where he Learned his Abusive Behaviors toward how yo treat Women...but on the other hand..is really Disturbing..and Contradictory that he Developed Uncontrollable Anger Issues..from witnessing his Mother's Own Physical Abuse...to where He's REPEATING the CYCLE!!
What some Men who are in that "Abuse Women" Category(Not All Men)..If U don't want ANY Man..[Related or Not Related]..Beating on or Beating Up your Mother, Sister, Daughter, Grandmother, Aunty, etc...than Don't Abuse ANY other Female...becuz that's Someone Else's Mother, Daughter,Sister, etc., too.
Its better to WALK AWAY from a Anger some Situation/Arguement , Male or Female,to AVOID it going to another LEVEL..Where Harm is involved to 1 Person or Both Persons. Unless it's Self-Defense to Protect yourself or others. Adrenaline at a HIGH LEVEL..Blocks your Common Sense of Thinking..but better to Stop..and Walk away until things Cool down..be4 your ANGER leaves u with REGRETS later. Some things..once done in the Moment....can't be Reversed or Taken Back Later down the Line.
Chris..& .Rihonna...I wish U both the BEST of SUCCESS in BOTH your Personal and Business Choices and Endeavers in Life.

Comment by lynz on March 1, 2014 at 3:08pm
We live & we learn!!! Experience suppose to make us wiser..Eventually those two will get it right or walk away for good. I think its a mixture of her feeling sorry for him & love so she just can't help herself. Her explanation of how she feels when interviewed by Oprah gave me more understanding towards their bond & "love". I wish them both the best!

Comment by Diandra on March 1, 2014 at 2:11pm
She cant help who she loves and its her life her choice to do whatever