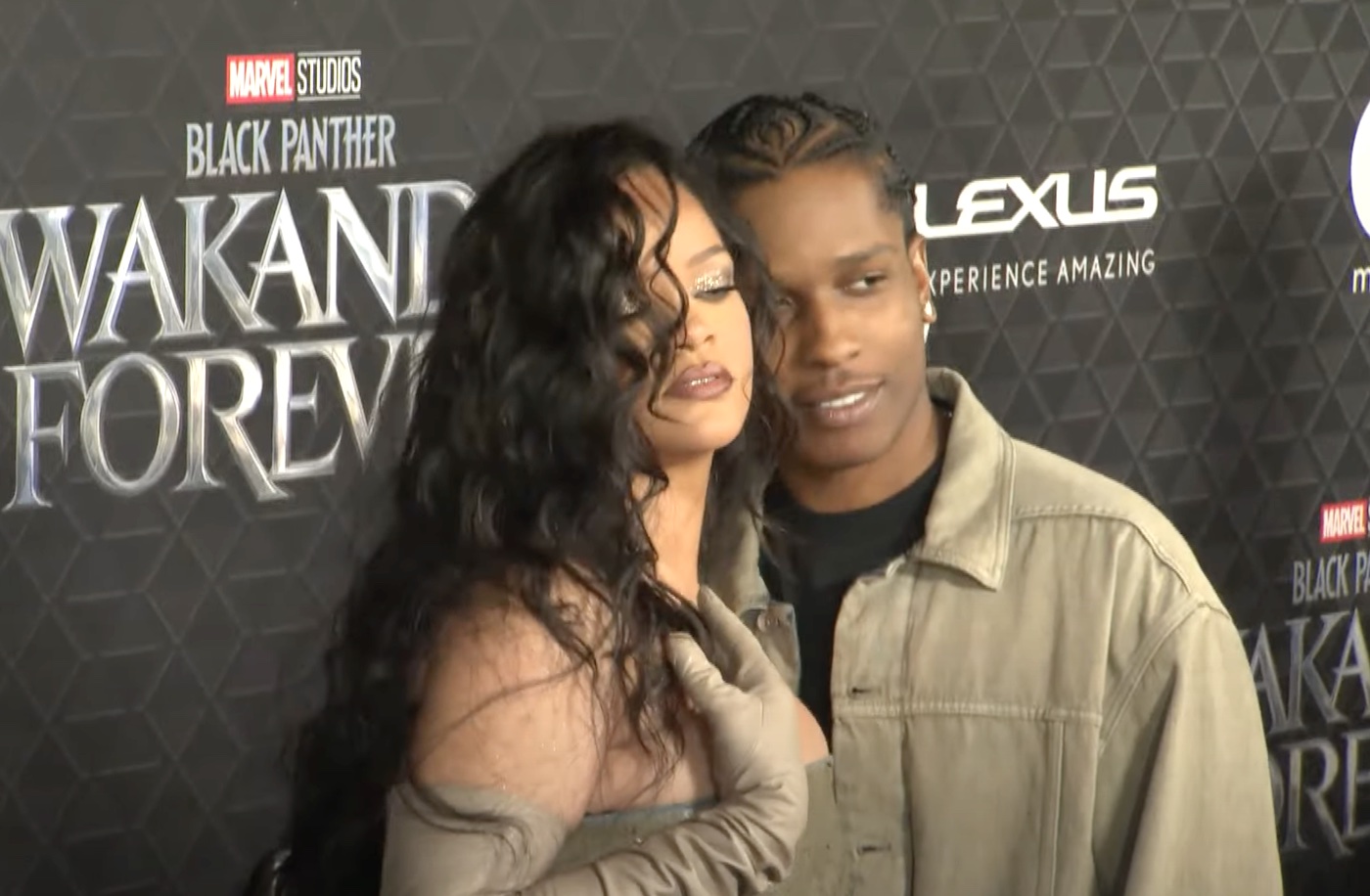 Rihanna and her baby daddy A$AP Rocky were head turners on the red carpet at Black Panther: Wakanda Forever premiere.
Rihanna and A$AP Rocky are going strong, and while the new parents have kept their child private from the world, they appear to be very much in love as they packed on the PDA while at the Black Panther 2 premiere in Los Angeles, California on Wednesday night (Oct 26).

A$AP Rocky was supporting his spouse, who reportedly created two soundtracks to be used in the movie. One of the songs, “Lift Me Up,” was announced on Wednesday and is scheduled to be released on October 28.

The movie’s premiere was held at Dolby Theatre in Hollywood and saw several cast members, film crews, and other executives watching the film for the first time before it is released to the public on November 11.

Rihanna and Rocky were both stunning as they attended Marvel Studios’ premiere of Black Panther: Wakanda Forever which also saw celebrities attending, including actress Angela Bassett and others from the movie cast.

The couple also wore matching-colored outfits, with Rihanna beautifully draped in a stylish and classy tan-colored sequined dress with blue trimming and matching shoes, elbow-length opera gloves, and her hair swept up to the side. Her partner was also giving Fall vibes as he also wore a custom suit with matching trousers that included a train at the pant legs and paired it with white sneakers. 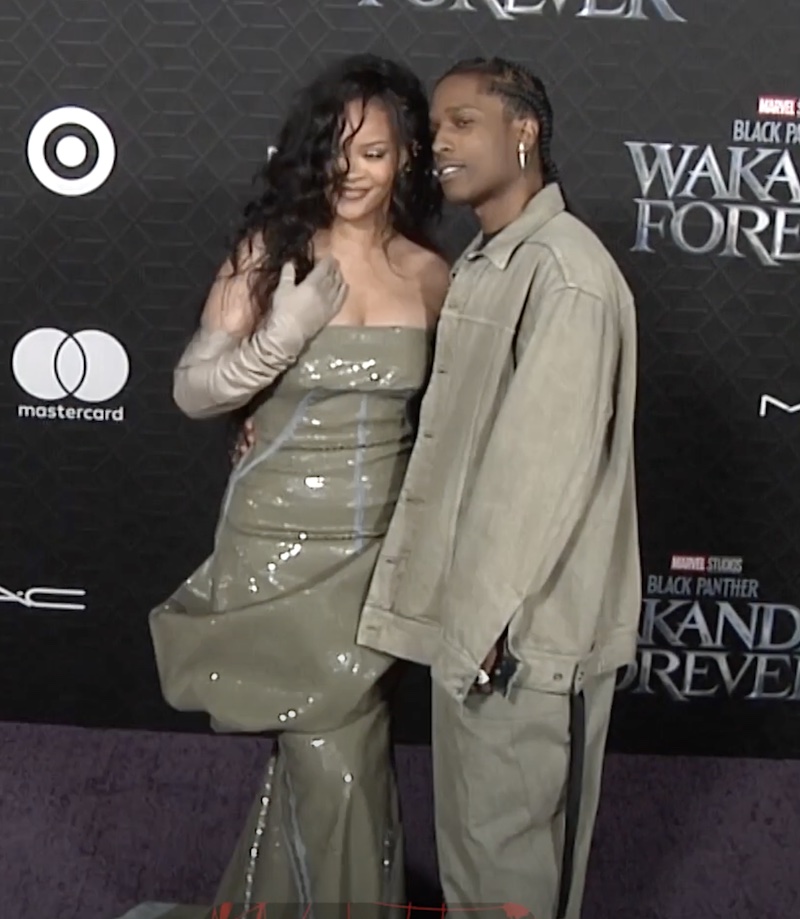 At one point, Rocky is seen holding Rihanna’s hand, and later, he also delicately holds her waist and even kisses his lady love as she stands admired by people of both sexes.

In the meantime, Rihanna’s song was co-written by Tens and others, which gave an idea about the tone and type of track- reportedly an Afrobeats song.

“I wanted to write something that portrays a warm embrace from all the people that I’ve lost in my life,” Tems said about the song co-written with Ludwig Göransson and Ryan Coogler, and Rihanna.

“I tried to imagine what it would feel like if I could sing to them now and express how much I miss them. Rihanna has been an inspiration to me so hearing her convey this song is a great honor.”

In the meantime, Angela Bassett, who plays the queen in the film, also expressed surprise at Rihanna being on the soundtrack for the movie, noting that she only knew of the singer’s participation on Wednesday when Marvel and Rihanna made the announcement.

“She’s a bad, bad girl. But it must be a bad, bad movie. Because she can do exactly whatever she pleases, and she pleases to go on this journey with us,” Bassett said at the premiere.

I didn't think she would loose that baby weight! Go Riri!

Let me Asap got Fubu on

Two Satanic creeps for the dumb masses to worship.