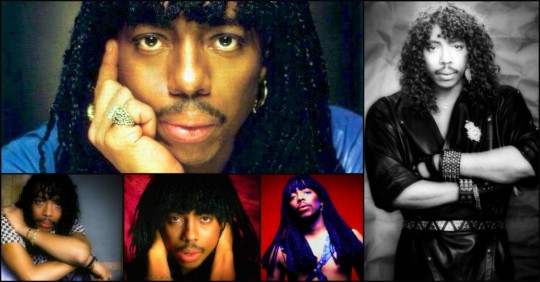 Ty James, daughter of legendary singer-songwriter Rick James and Sacha Jenkins, filmmaker and director the documentary “B******’: The Sound and Fury of Rick James” joined SiriusXM Urban View’s “The Mike Muse Show” to talk about the new documentary surrounding James’ life and legacy, his struggles with addiction, the trauma the James’ family endured, and his “genuine,” funny relationship with Dave Chappelle.

Sacha Jenkins discuss the documentary and said “I wanted people to understand that Rick James, all of us who come from these environments have trauma that is not processed. And you can see that in the music. If you really pay attention, you can see that trauma in the music. So with me, it started with the music and everything came after that.”

Host, Mike Muse asked Ty about her father’s addiction and how it affected her family: “Ty, did you see the trauma showing up in the household or was it normalized for you that you didn’t see it as trauma? How did that trauma show up for you in the household?”

Ty James replied and said: I think the most traumatic things we had to deal with was just, the constant struggle of us trying to prevent him from indulging. And that to me was the most traumatic part because I talk about it all the time, it’s not just the addict that’s affected. And I really want to start a support group and foundation about the people outside of the addict, the family members, the spouses, just everybody that it’s not just the addict, it’s the drug addiction that you all struggle from it because I’ve been to countless AA meetings with and without my dad. So it’s just those traumatic things that it’s very, very like a relentless struggle to not want them to do it so bad that it almost feels like it’s you trying to prevent yourself from doing it

Ty shared her thoughts on the “I’m Rick James B****” moment, and what it did for James’ legacy stating: “It definitely brought more awareness and I feel like it was another stamp on the man that he is.” Sacha added that it was “a very modern moment too.. You’ve got to have a big personality. I mean, in many cases, the big personality trumps good music. He just happened to have good music and a big personality.”
source: SiriusXM Urban View’s The Mike Muse Show. The interview airs Sunday, September 5 at 11:00 am ET.