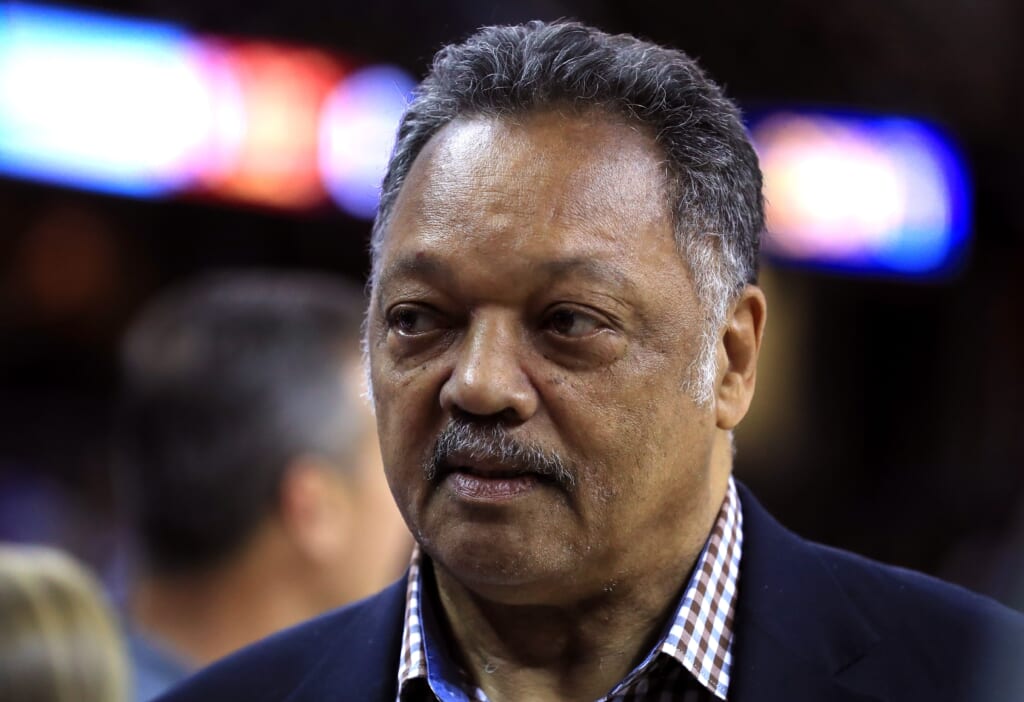 Rev. Jesse Jackson is recovering after being hospitalized and undergoing surgery.

Jackson was admitted to Northwestern Memorial Hospital in Chicago last week for abdominal discomfort. The Rainbow PUSH Coalition confirmed that the founder was in “good spirits” in a statement on Monday.

“Reverend Jesse L. Jackson Sr., founder and president of Rainbow PUSH Coalition, was recently admitted to the hospital for abdominal discomfort. After routine medical observation, successful surgery ensued, and Rev. Jackson is resting. He is in good spirits and will be discharged in a few days. Thank you for your continued love, support, and prayers,” the statement read.

The Chicago Sun Times cited sources who said the revered Civil rights leader and former Democratic presidential candidate, 79, was hospitalized last Thursday. Jonathan Jackson was described as being at his father’s side throughout his hospitalization. He confirmed that his father was in good spirits despite his current condition.
In 2017, Jackson shared that he had Parkinson’s disease. Still, he has not allowed the motor disorder to prevent him from remaining visible and lending his name to the Black Lives Matter Movement and recently, taking a stance on COVID-19.
Before the elder Jackson’s hospitalization, he received the first dose of the Moderna COVID-19 vaccine on Jan. 8.
Dr. Kizzmekia “Kizzy” Corbett, who co-led the efforts to develop the vaccine, was at his side. However, he canceled a public event last Friday where he was scheduled to take the second dose.

KENOSHA, WISCONSIN – SEPTEMBER 01: Rev. Jesse Jackson (L) and Justin Blake speak to media at a community celebration and call for justice for Jacob Blake as grassroots group MoveOn flies an airplane banner and drives a mobile billboard calling on voters to “Reject Trump’s Violence,” in response to Donald Trump’s visit on September 01, 2020 in Kenosha, Wisconsin. (Photo by Daniel Boczarski/Getty Images for MoveOn)

“My father has kept his regular schedule and continues working,” said the younger Jackson.

“He was leading food drives up till this moment. He is very upbeat and cheerful and talkative, and we look forward to seeing him home. We thank everyone for your prayers.”

“I personally don’t know all the details, so I don’t want to get into that. I know that he is resting comfortably and that he is expected home in a couple of days,” said Watkins.

“I’ve talked with the family, and they expect him home in a couple of days. They’re looking forward to having him home and they feel that so far everything has been successful.”