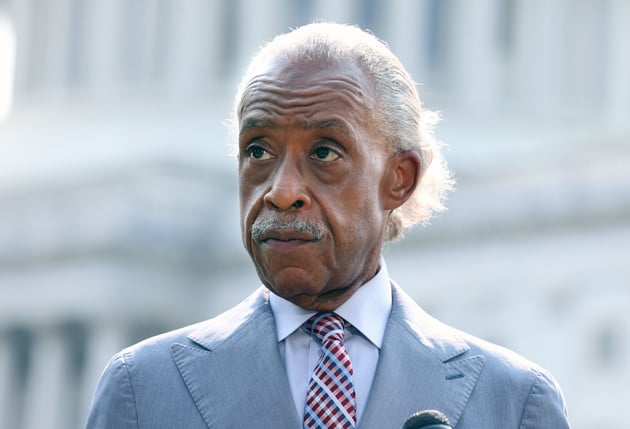 To quote the shingles ad that we see all the time on TV, COVID don’t care. Nope, it doesn’t matter who you are, you could test positive. And that’s what’s happening with the Reverend Al. Sharpton
We learned this news because of a press release sent out by the National Action Network (NAN). It revealed that Sharpton, the founder and president of the National Action Network, tested positive for COVID-19 last week.

Sharpton, who also hosts “Politics Nation” on Saturdays and Sundays on MSNBC stated that although he has displayed no symptoms, he is taking his doctor’s advice and quarantining so no one around him is affected. Meanwhile, He will still do his radio and television shows from a remote location as he recovers.
Sharpton released a statement via NAN: “On Friday, I tested positive for COVID-19 but have not displayed any symptoms at this time. On my doctor’s advice, I am quarantining over the next several days to keep those around me safe. I will continue to do my radio and TV shows remotely over that time. Please continue to get vaccinated and boosted if you haven’t already.”

Meanwhile, Sharpton has recently announced that two screenings of his new documentary, Loudmouth, have sold out at the Tribeca Festival (formerly known as the Tribeca Film Festival) in New York City, according to BE. The screenings are scheduled to take place this weekend, on June 18 and 19.

Wait. There’s more … The Rev. has a message for you, below.