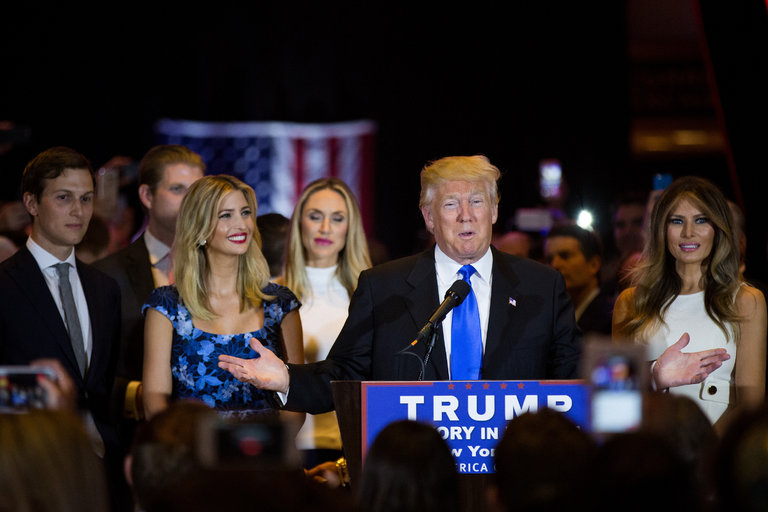 Donald J. Trump with his family this month in New York.


An overwhelming majority of Republican voters say their party’s leaders should get behind Donald J. Trump, even as he enters the general election saddled with toxic favorability ratings among the broader electorate, according to the latest New York Times/CBS News poll.

And as Mr. Trump faces deep skepticism with general election voters and some Republican holdouts, the Democratic front-runner, Hillary Clinton, is grappling with Senator Bernie Sanders and how to win over his impassioned supporters.

Both parties thus approach their July nominating conventions with significant unease and hurdles to overcome. Mr. Trump and Mrs. Clinton are widely disliked by voters, and both parties will need to repair schisms that might spell doom in an ordinary election year. But this, of course, is no ordinary year.

Mr. Trump’s and Mrs. Clinton’s soaring levels of unpopularity are extraordinary for the likely nominees of the two major parties. Nearly two-thirds of voters , for example, say that Mr. Trump is not honest and trustworthy. Just as many say the same of Mrs. Clinton. Strong majorities of voters say the candidates do not share their values.

Mr. Trump’s difficulties appear to be more troublesome at the moment. If the election were held now, 47 percent of registered voters would support Mrs. Clinton, versus 41 percent for Mr. Trump. Mrs. Clinton’s head-to-head advantage has narrowed somewhat since Mr. Trump became the presumptive Republican nominee: Last month, she led him by 10 points in a CBS News poll. 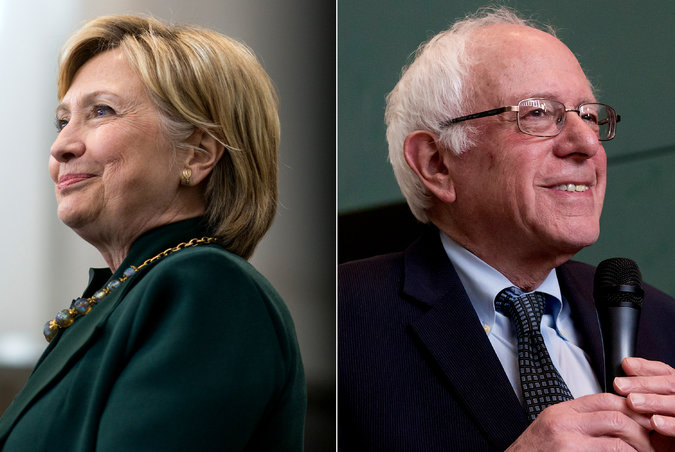 The survey reveals that Republican voters are starting to fall in line with Mr. Trump now that he is their presumptive nominee — and that they expect party officials to do the same.

Republican voters are drifting toward unity even though some party elites are still withholding their support. The House speaker, Paul D. Ryan,continues to deliberate over whether to endorse Mr. Trump, while other prominent Republicans are actively searching for a third-party nominee as an alternative.

Yet many of the party’s rank-and-file voters think that while Mr. Trump may be imperfect, the time has come to rally to their unlikely standard-bearer — if only to keep Mrs. Clinton out of the White House.


Are You Concerned About the Republican Party’s Future?

There is deep concern among Republicans about political divisions and the future of the party, a new Times/CBS News poll shows. We want to hear from the party’s longtime members or those who have just registered as Republicans. 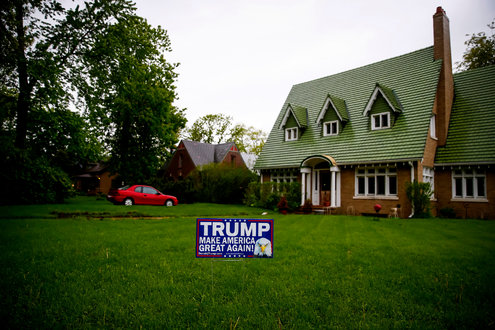 Republican voters remain remarkably pessimistic about the state of their party. More than eight in 10 call the party divided, and 43 percent say they are discouraged about its future. About two-thirds think Mr. Trump can unite the party this year.

By contrast, fewer than half of Democratic voters say their party is divided, and eight in 10 are hopeful about its future. More than eight in 10 think Mrs. Clinton can unite the party after the primaries end next month.

However, Mrs. Clinton is still contending with resistance to her candidacy from supporters of Mr. Sanders as their contest carries on and grows more contentious. Twenty-eight percent of Mr. Sanders’s primary voters say they will not support her if she is the nominee, a figure that reflects the continuing anger many Sanders supporters feel toward both Mrs. Clinton and a process they believe is unfair.

“I don’t support her mostly because I don’t trust her,” said Will Lambert, 32, an engineer in Denver who supports Mr. Sanders. “If she became the nominee, I might vote for a third-party candidate, like the Green Party, or I might do a write-in for Bernie. I’m still not 100 percent decided, because I don’t necessarily want to see Trump elected, either. It’s a slim possibility that I might vote for Hillary, but then, I’m at a point in my life where I just don’t want to vote for the lesser of two evils.”

Mr. Trump, his primary race decided, is still confronting opposition from some of the voters in his party who backed other candidates. Three in 10 voters who supported other Republican candidates said they would not vote for Mr. Trump in November.

I,too,n as a Bernie Senders supporter,  will not vote for Hillary as I am also tired of voting for the lessor of two evils.......Being that we live in a police state, has anyone noticed or thought of the significance of the contrast and comparison of Hitler's name vs Hillary------What I see is history repeating itself but this time under the feminine energy----Notice that TSA, "Homeland" security and the police are all emulate Nazi era uniforms and actions, even the Secret Service is molded after the German SS---AM I THE ONLY ONE WHO SEES THIS?