Regina King’s Only Son (Ian Alexander Jr.) Dies from Suicide – He was 26 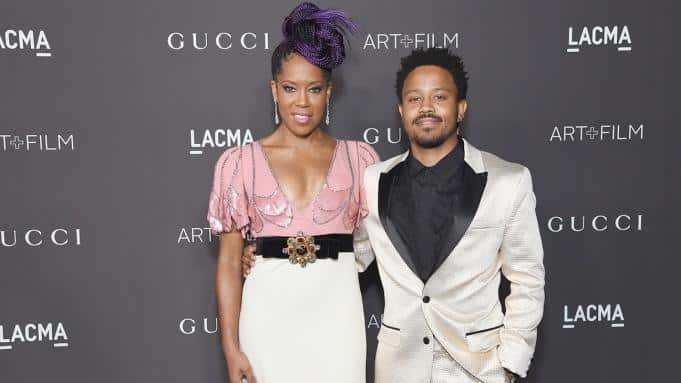 Dammit, we have yet another devastating death to report. Ian Alexander Jr. who is the son of actress/director Regina King is dead from suicide which happened Friday (01/21/22), according to reports.
“Our family is devastated at the deepest level by the loss of Ian,” King says in a statement. “He is such a bright light who cared so deeply about the happiness of others. Our family asks for respectful consideration during this private time. Thank you.”
Ian, whose 26th birthday was on Wednesday (01/19/22) was King’s only child, whom she shared with her ex-husband, record producer Ian Alexander Sr.

Despite her growing success as an actor and director, King said at the time that Ian was her biggest source of pride. After separating from Ian’s father in 2007 after nine years of marriage, King admitted being a single parent wasn’t always easy, but that nothing is stronger than her love for her son.

In honor of his mom’s 50th birthday last year, Ian paid tribute to the multi-hyphenate on Instagram, writing: “Happy birthday to my co, so extremely proud of you and inspired by your love, artistry, and gangsta! To be able to watch you take this lifetime by its neck and make it yours is something i will forever be grateful for.”

A week ago, King took to Instagram to urge her followers to support Ian’s new track, “Green Eyes,” sharing a short clip.

Ian paid tribute to King on her 50th birthday last year, writing on Instagram: “To be able to watch you take this lifetime by its neck and make it yours is something i will forever be grateful for. But to have you as my mother is the greatest gift I could ask for.”

My sympathy goes out the Ms. King and her family. It is so sad, that even when some provide so much for their offsprings, some of these offsprings still have issues that prevent them from enjoying a normal life. Mental illness crosses all socioeconomic level. May God give you strength Ms. King.

Comment by mr1stroke on January 23, 2022 at 1:31am
My heart goes out to her, she is good people, you never hear any nonsense about her, and she is great in her craft, her only son, God bless her, I cannot imagine losing the only creation i love.