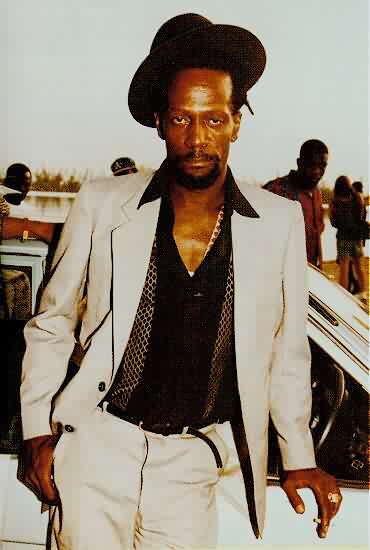 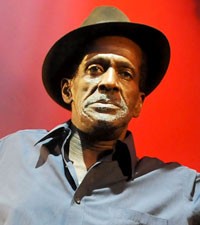 Reggae legend Gregory Isaacs, described as the "Most Exquisite Voice in Reggae," died of cancer in London Monday morning, October 25, 2010. Born Gregory Anthony Isaacs the super star Reggae legend succumbed to cancer of the liver at the age of 59. The Jamaican singer's nickname, Cool Ruler, stems from his mellow, tuneful music. Isaacs was born on July 15, 1951 in Fletcher’s Land, Kingston

In his teens, Isaacs became a veteran of the talent contests that regularly took place in Jamaica. In 1968, he made his recording debut with a duet with Winston Sinclair, "Another Heartache", recorded for producer Byron Lee. The single sold poorly and Isaacs went on to team up with two other vocalists (Penroe and Bramwell) in the short-lived trio The Concords, recording for Rupie Edwards and Prince Buster.

The trio split up in 1970 and Isaacs launched his solo career, initially self-producing recordings and also recording further for Edwards. In 1973 he teamed up with another young singer, Errol Dunkley to start the African Museum record label and shop, and soon had a massive hit with "My Only Lover", credited as the first lovers rock record ever made.

Best known for his 1982 hit, 'Night Nurse', Isaacs' smoother style of reggae epitomised the Lovers Rock sub-genre but he'd been recording since entering the Jamaican music scene in his teens. Isaacs' career began in the late 1960s and he later came to prominence in the following decade as a roots singer whose sufferer's songs gave him his first public recognition.

By the second half of the decade, Issacs' reputation as the Cool Ruler was sealed as his move into Lovers Rock overtook his roots material.

Isaacs had been diagnosed with liver cancer a year ago and the illness subsequently spread across the rest of his body.

His wife, Linda, said in a statement, "Gregory was well-loved by everyone, his fans and his family, and he worked really hard to make sure he delivered the music they loved and enjoyed. He will be greatly missed by his family and friends."

A prolific recording artist, it is estimated that Issacs had released over 50 albums since the start of his career and his last album, 'Brand New Me,' was released in 2008.

Below are a few songs that have become the signature vocal style of such a great ICON.....He will be dearly missed..R.IP Mr Isaacs..

Comment by sherlan mc knight on October 29, 2010 at 12:21pm
Sing for God your father and the angels now my brother, we will always remember you !!! RIP

Comment by Patricia F. Serrette on October 28, 2010 at 9:55pm
Another great artist succumbed to the dreaded disease known as cancer. I thoroughly enjoyed your music Mr. Gregory Isaacs, no other can duplicate you. Homage should have been paid to you while you were still alive. Let's honor artists like Beres Hammond and Barrington Levy while we still have a chance.

Comment by deborah rollerson on October 27, 2010 at 10:32pm
OMG, OMG, OMG I trult truly love this man. When I was in college I brought tickets to see him at the Carribbean City On Empire Blvd in crown heights brooklyn. They canceled it, then last year I believed I brought another pair of tickets to see him at the BBKings blues club, he again canceled. I was in the wrong place at the wrong time when he appeared at the BAM with Marcia Griffiths.Damn I wish I had the chance to see him. I fell in love with him after I became a nurse and I heard Night Nurse. I lost my mind. I make my kids sick everytime I play his cd. Man, oh man. I will will always love I have his music everywhere I sit for more than a minute.

Comment by Emeline Samuel on October 27, 2010 at 10:19pm
R.I.P Mr. Isaacs you was a true aritist and you will always be in our hearts and we will always remember you. Much love!!!

Comment by Alantheia Pena on October 27, 2010 at 8:40am
R.I.P GREGORY Your a true an loved artist that will be truly missed. GOD BLESS YOU

Comment by S. Young on October 27, 2010 at 5:55am
R.I.P GREGORY ...Your music got me through a hard time in my youth!!! I love you and you were and always will be an ORIGINAL!! A true artist with a unique voice/gift,no one can duplicate your sound/style!!!! JAH BLESS YOUR SOUL,WE ALL LOVE YOU. PEACE&BLESSINGS ...