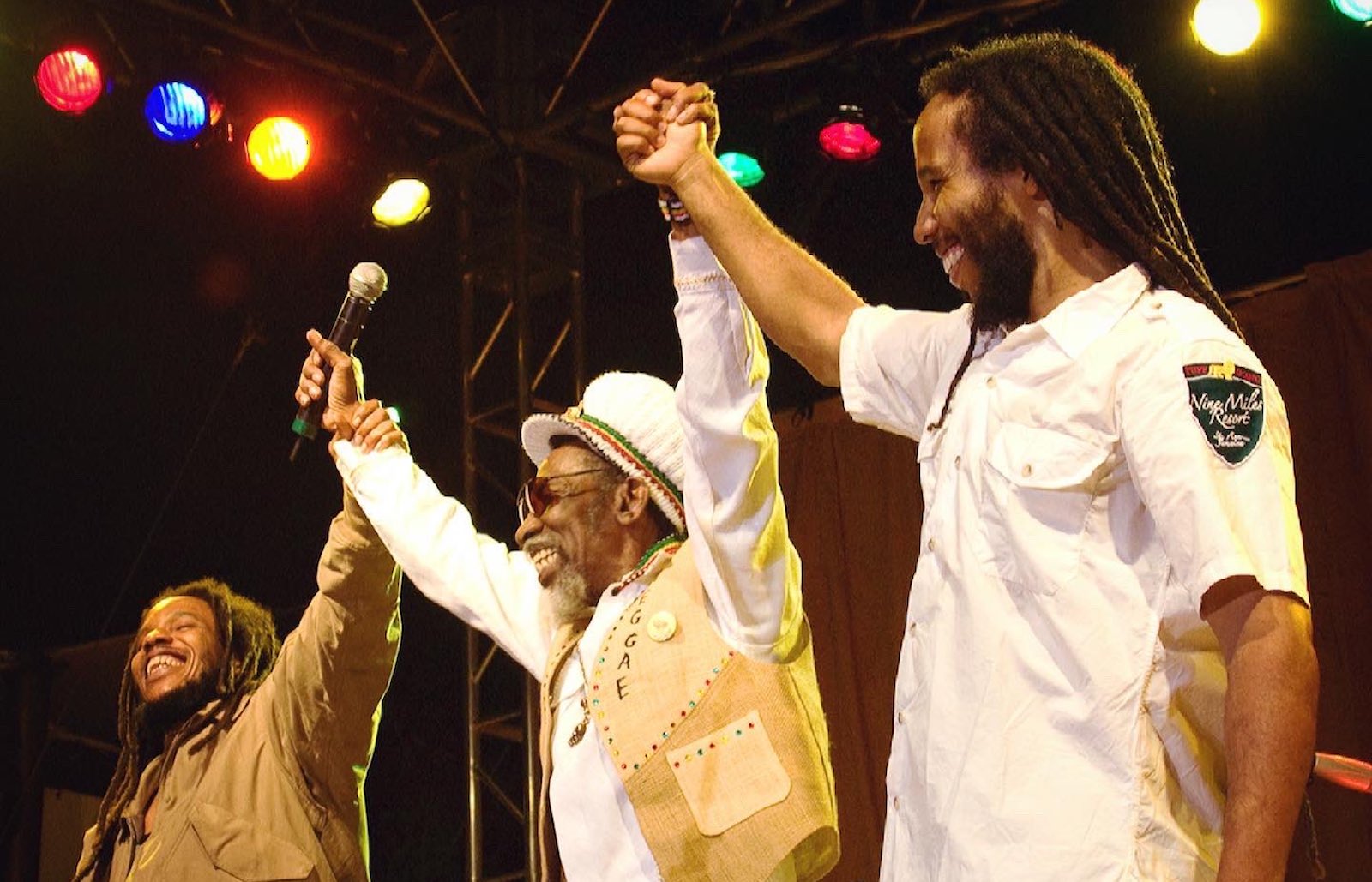 The Marley and Tosh family among some big names in reggae are tributing Bunny Wailer following hos passing.

Legendary Reggae singer Bunny Wailer, real name Neville O’Riley Livingston, died on Tuesday (March 2) at the age of 73. Bunny Wailer was the last surviving member of the iconic reggae group “The Wailers,” which he formed along with Bob Marley and Peter Tosh in the early 1960s.The Wailers was, and perhaps is, the most iconic music group out of Jamaica that gained international fame and had classic reggae hits like “Stir It Up” and “Simmer Down.” Bunny Wailer broke from the group in 1974 and took on a solo career. He went on to win three Grammy Awards, and in 2017 was conferred with an Order of Merit from the Jamaican government, the country’s fourth highest honor.
It is still unclear as to the exact cause of his death; however, he had been in and out of the hospital after suffering a stroke in July 2020. Tributes have already started to pour in for the late singer, with some describing him as a legend in his own right.

Stephen Marley posted, “Sending love to the Livingston family as brother Bunny Wailer makes his transition. A founding member of the Wailers, Bob’s stepbrother, and a reggae icon in his own right, he will be missed but not forgotten. “Live for yourself and you will live in vain—live for others, you will live again. In the kingdom of JAH, man shall reign. Pass it on.” Rest in power ?? @bunnywailerarchives”

“Sending love to the Livingston family as Bunny Wailer makes his transition. A founding member of the Wailers and a reggae icon in his own right, he will be missed by not forgotten,” Cedella Marley tweeted. She continued, “Live for yourself & you live in vain-live for others, you will live again. Rest in power.”

Posted on Peter Tosh’s Instagram page courtesy of Jah B. “Rest in Power, Bunny Wailer (AKA Neville O’Riley Livingston). A true Reggae icon and Jamaican legend, a brother, a father, an uncle, a friend. Bunny played alongside Peter Tosh and Bob Marley in the most influential Reggae group of all time, The Wailers. He helped shape the genre that spread from Jamaica throughout the world. His contribution to Reggae music will live on forever. Rise in strength.”

Capleton shared a picture of himself and Bunny via Instagram with the caption, “Condolence to the family of the great legend Bunny Wailer. We give thanks for all your musical contributions. Rest In Power”

Shaggy also had some kind words for the late entertainer’s family.

“It’s clear that 2021 will not be a better year than 2020,” Shaggy shared, “This is one of the lowest moment in the history of our culture. Bunny Livingston aka: Bunny Wailer, founding member and sole survivor of the trio the Wailers, is no longer with us. This is a great loss for reggae, the Jamaican people and Reggae fans around the world. You have made us proud king’ rest well! Condolences to the family. R.I.P. Bunny .. your music will forever wail!!!”

“Today Jamaica lost a Reggae legend, the larger-than-life, Neville “Bunny Wailer” Livingston,” PM Holness said. “The last time I saw Bunny we shared a good laugh and spent quite some time talking about the influence of Rastafari in Jamaica. His contribution to Jamaican culture is priceless and his voice has touched many around the globe. We will treasure his rich legacy.”

Bunny was born on April 10, 1947, and spent his childhood days in Nine Miles, where he was raised by his father, this was where he met Bob Marley, and the two became fast friends. They were raised as stepbrothers after Marley’s mother had a daughter for Bunny’s father. When they moved to Trench Town in Kingston, they met Peter Tosh and formed the legendary reggae originally called The Wailing Wailers.

In 1965 they released their debut album The Wailing Wailers, and in 1970 their second album, Soul Rebels, was released. Their last album as a group, “Burnin,” was released in 1973. Bunny did his first solo album, Blackheart Man, in 1976 after the group broke up.

Bunny is survived by 13 children, 10 sisters, 3 brothers, and a host of grandchildren. His life partner of over 50 years, Jean Watt, has reportedly been missing since May 2020. Condolences to the Livingston family as they go through this time of bereavement. 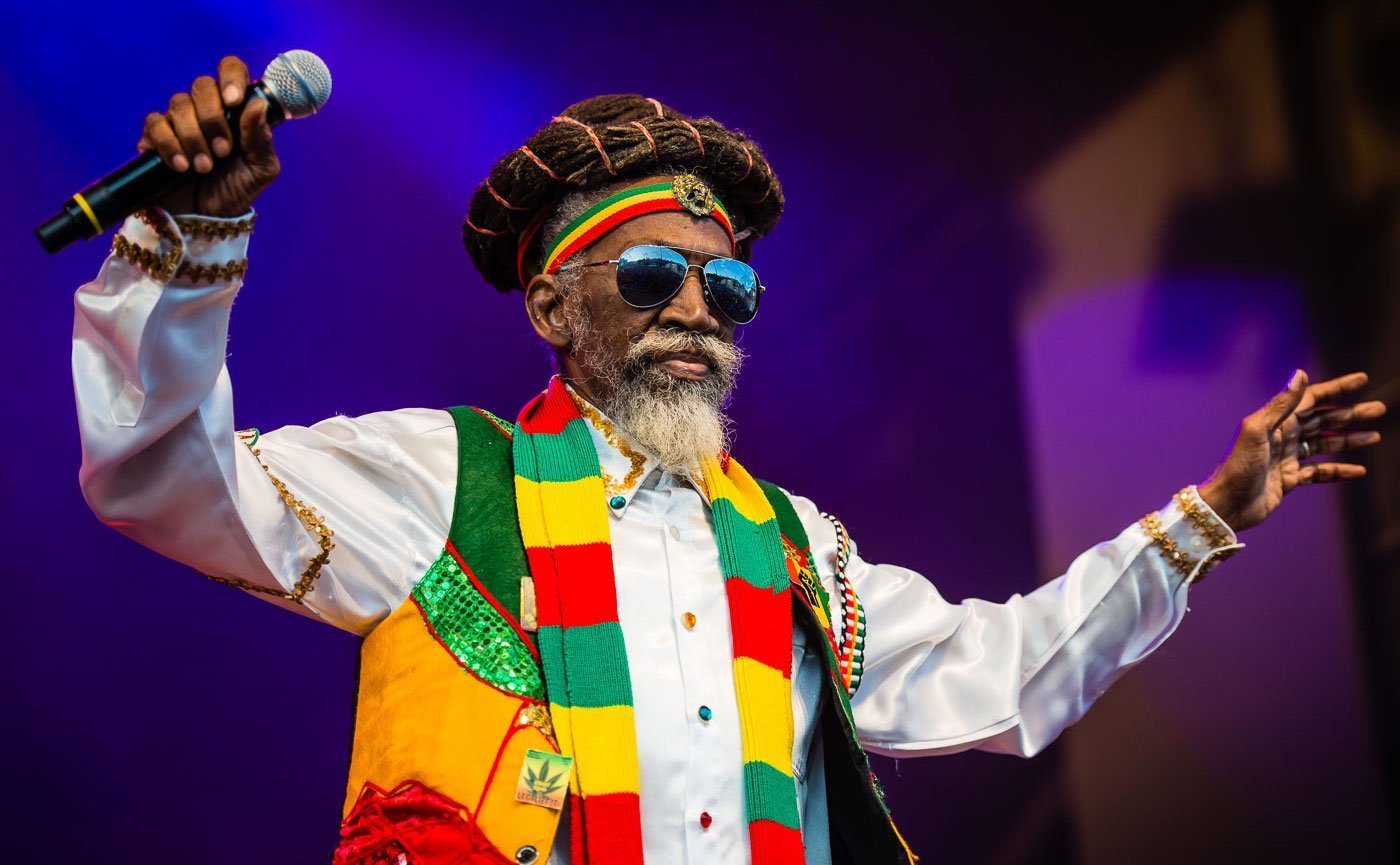 Jamaica’s Culture Minister Olivia Grange confirmed the singer’s passing on Tuesday morning. His cause of death was not revealed, but multiple sources confirmed with Urban Islandz that he passed away in the Medical Associates Hospital while getting treatment for an ailment.

Bunny Wailer, whose real name is Neville O’Riley Livingston, had been in and out of the hospital since last year following a stroke. His first stroke was in July last year, where he spent several weeks in the hospital before undergoing rehabilitation. Family sources told us that he had been steadily improving since then, but recently his health significantly deteriorated.

Bunny Wailer, who is a founding member of The Wailers, spent his early life in Nine Mile, St. Ann, before moving to Kingston, where he began his career in the early 1960s when he met Bob Marley and Peter Tosh, who were aspiring singers. Bob Marley, who died of cancer in 1981, was also Bunny Wailer’s stepbrother. The three singers formed The Wailing Wailers in 1963, and the rest is history.

Bunny Wailer is one of the most iconic names in reggae music history. In 2017, he was awarded the Order of Merit, the fourth highest honor in Jamaica. Two years later, in 2019, he was again recognized by the Jamaican government for his overwhelming contribution to Jamaica’s popular music, with the Reggae Gold Award.

Wailer is best known for songs like “Bald Head Jesus, “Crucial,” and “Cool Runnings.” His album Blackheart Man is still a staple in reggae music.

On behalf of the whole Magento Web Development business, he was a living legend. I'd want to pay my respects to him and wish that his soul may rest in peace.

This is the best content you are adding. This is very useful for us. Online photo compressor has a very great experience with their client and worker who is provide a quality work for any time. Head us and get the services.

Thanks for adding this post for us. I really like and appreciate it. This is really informative post. Now we have the cbd for sale in Fairfax town. They had very huge sale on their store where you can get the very low rate products and amazing quality products.

He was a great legend on behalf of the whole organization of online logo design services I would like to pay him tribute and pray that may his soul rest in peace.

Hey thanks for adding this content here, I want to add such content to this website, please provide me access. I am the content writer at Keto online Shop Pakistan. I am spreading  my words in the niche of skin care and hair care.

Thanks for sharing this best blog. Here the best book publishers in your town. Mermaid is the most affordable publishers in USA. They had very best publishers who had best command on book publication. If you go with us you get discount on our publication services.

Thanks for taking the time to discuss this, I feel strongly about it and love learning more on this topic. travel agency London

This post is really very intresting for all the new generations to developing their best characters but there are some very informative and general services available like to have the most buy new SUV car in Pakistan. They are the most reliable sources to giving the most effective Proton vehicles all over Pakistan.

Bob Marley was a he is one of the singer who born once in a decade and if he was alive he will definitely like our crypto currency exchange development cost which is the best agency who is entertaining its clients by giving his best crypto currency software.

You should read some essayjedii reviews before ordering papers at this service. These guys are not as good as it might seem, so be careful.