Princess Love’s had Enough – Files for Divorce from Ray J

Princess Love apparently said “eff it” and has put Ray J on notice that she wants OUT of her almost four-year marriage.

Love, 35, filed papers earlier this week in LA County Superior Court, per a TMZ report. She and Ray J, 39, had already been living separately after their epic Las Vegas meltdown last year, in which Love accused Ray J of stranding her and their 1-year-old daughter Melody Love following the BET Awards.

Obviously the Las Vegas incident was what lit the fuse, at least publicly, on their marriage meltdown, so her divorce action will come as no surprise.  In fact, in the wake of that incident, Love said she had no desire to be married any longer and Ray J was photo’d out and about without his wedding band.

In January, the couple welcomed a baby boy, Epic Ray Norwood, and earlier this month, Page Six reported that Love was keeping Ray J in quarantine — and monitoring his activities via Instagram — in a hotel 10 minutes from his LA home before allowing him to see the children. 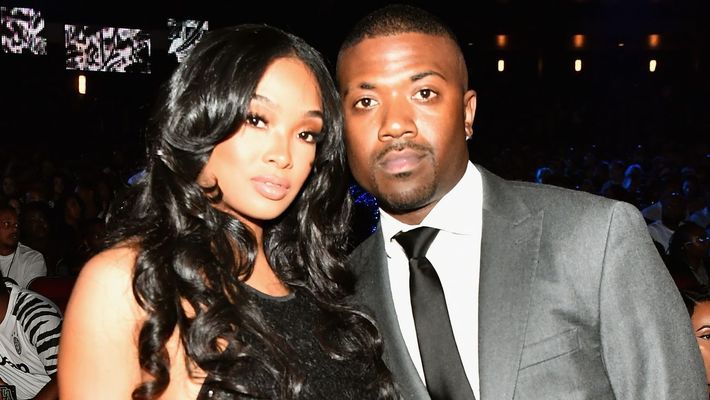 Holding it together: Ray J and Princess Love are living separately

Princess Love and Ray J had a candid conversation about the lows of their marriage during their new 4-part series on Zeus called “The Conversation.”
Apparently the sit-down saw the couple chat for the first time about the blowout they had in Las Vegas late last year where Love accused her estranged husband of abandoning her and their child in Sin City while he went off to a strip club.
As noted by Celebrity Insider, Princess Love did not hold back as she slammed the father of her two children for bringing strippers in his hotel room.

“You know why we’re here, and, unfortunately, the only way we can have this conversation is if we’re filming. I feel like this is the only way I can get real answers out of you,” she said.

Adding, “I didn’t want to continue to argue in the paragraphs that we were going back with and forth with each other, saying all this way out stuff that I felt was damaging, tarnishing, disrespectful on both ends. It was becoming overwhelming of negativity.”

Princess Love has live-streamed her marital problems with Ray J and what led up to her being stranded by him in Las Vegas, despite being 8 months pregnant.

According to Princess, two weeks ago she caught her husband, Ray J, with another cell phone. After finding the phone, she confronted him because it was clear to her that he had been communicating with other women and "entertaining" them.

She said during the confrontation he initially tried to lie about it but eventually confessed and said he did it because they had been arguing a lot. Princess says, though, that after his confession they agreed to try again within their marriage and make things work. Then she agreed to attend the SoulTrain Awards with him in Vegas, despite her reservations.

After being there for two days, however, Princess says Ray J asked if they could move to the family to Vegas. She said "no"  because Vegas "is not a place to raise your kids," adding that there are "too many distractions," especially since Ray allegedly likes to gamble.

She then sarcastically told him that he could move to Vegas, but she would not. She would remain in LA. Ray J then got angry about her unwillingness to move and left her for the night. When he returned, they argued again, with him calling her "selfish" saying that she wanted "to wear the pants" and alluded to divorce.

After the fight, she says she checked out of their original hotel and checked into another with their daughter. Since that time, she says Ray J has not called her to either check on their child, or her - despite the fact that she is 8 months pregnant.  She also cannot contact him since he has her blocked.


Watch the full explanation below.

Ray J is gonna be a daddy.

He and his wife, Princess Love, announced that they are expecting their first child together on Monday.

The musician and reality TV star shared the good news during an appearance on The Real.

“Love is on my mind. Love is in my heart. Princess and I are expecting,” he said.

Princess shared a snapshot of her growing baby bump on social media.

As documented on “Love & Hip-Hop: Hollywood,” Ray J and Princess have been struggling to conceive since getting married before TV cameras last year. This makes the happy news all the more exciting.

Congrats to the happy couple! Ray J and Princess Love made it official Friday, August 12, when they got married at the Vibiana in Los Angeles,

The wedding was attended by 150 of the couple's family and friends.

Ray's sister Brandy was a bridesmaid. Rapper The Game was one of 9 groomsmen.

"I just want her to have the time of her life and remember it as the best day in the world," Ray J told PEOPLE. "Even when I wasn't with her, I told my friends 'She the one, she the one.' It was just something about how I felt when she was around me."

"He's the only person I've ever been with that I couldn't see myself without," Love added.

The wedding will be broadcast during the upcoming season of Love & Hip Hop: Hollywood when it premieres August 15 on VH1.

Congrats to Ray and Princess! 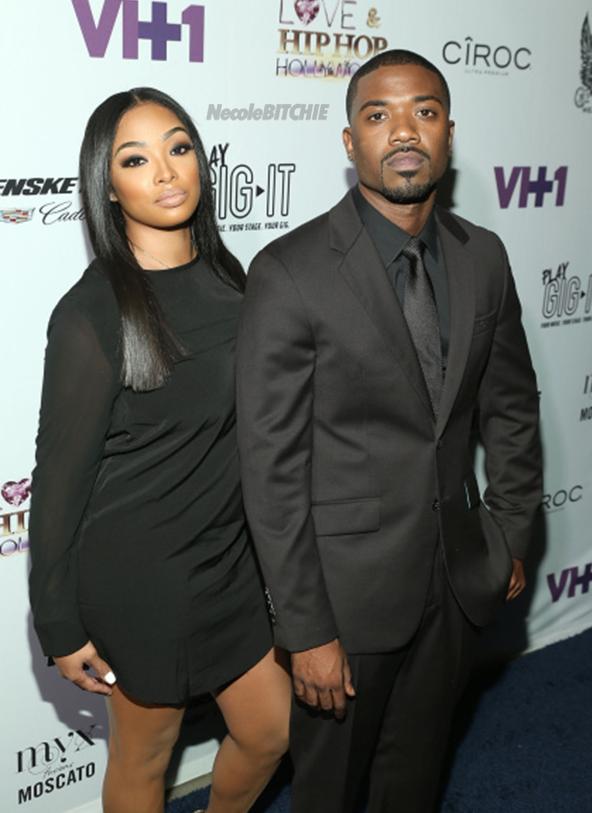 Ray J is suffering from multiple injuries after getting his butt kicked by his girlfriend. Yes, you read that correctly.

TMZ reports that Princess Love was arrested in New Orleans on Wednesday, February 11, and charged with domestic abuse and battery.

According to the report, Ray returned to the couple's hotel room after hanging out at a strip club with a television producer. The singer told police his Love and Hip Hop: Hollywood co-star went Mike Tyson on him. Hotel security heard Princess scream "I'm gonna kill you!" 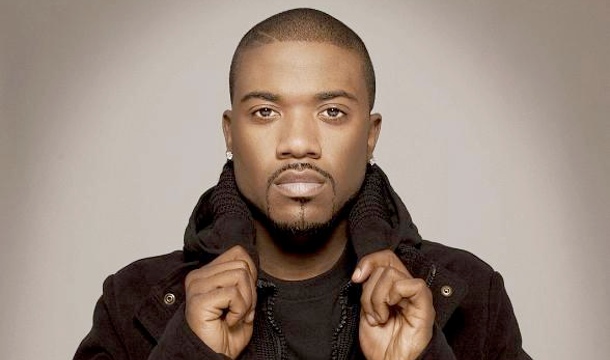 Ray was spotted running out of the room by a security guard, who also noticed he was bleeding. The guard then called 911.

The "I Hit It First" singer suffered a torn ACL, a busted lip and cracked ribs. But he must have been in a forgiving mood because he later bailed Princess out of jail and paid $10,000 for her lawyer.

Might Be A Bad Idea: Ray J Moving Into House On Kim Kardashian & Kanye West's Street Ray J 'frantically called 911' on Wednesday after his girlfriend Princess Love threatened to kill herself.

According to TMZ , the budding fashion designer made the threat a day after Ray J broke off their relationship.

'She was incessantly texting him after he left for work today, and when she didn't hear what she wanted from him she threatened suicide,' the website reports. The ex-boyfriend of Kim Kardashian apparently took her threat seriously as he 'knew there was a gun in the house.'

Police immediately paid a visit to Princess's home but she was not there.

However, Ray J has since informed the website that he has spoken to his former girlfriend and she has reassured him that 'she will not go through with her threat.'

Ray made no official comment on the matter, but posted a snapshot of he and his entourage praying before filming commenced on his new reality show on Wednesday.

'Morning prayer with my whole team! #LMNO and #WeTV -stay tuned- it's a lot different from #LHHH #PositiveLove,' he wrote.

Ray - real name William Ray Norwood Jr  - and his Love & Hop Hop Hollywood star girlfriend have had something of a fractious relationship of late.

After splitting at the beginning of October, they fought over custody of over their tiny Maltese pooch Boogotti but appear to have got back together.

Ray, of course, is best known for his relationship with Kim Kardashian during which they filmed their notorious infamous sex tape which was leaked in 2007. Here is the scientific explanation of love" so that we can elevate as a race and stop being idiots.

Ray J, is a little boy, who refuses to grow up, PERIOD! Let that fool go..

Always some drama with this guy. Most celebs can't be faithful to their girl or wife. Its just how it is in the entertainment business, either they stepping out with other men or woman. Maybe there are just a few who are faithful or is it that they just haven't been caught yet? Oh well it is what it is.

these guys r the worst