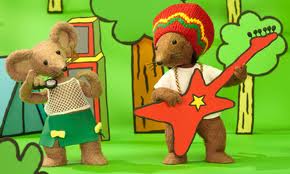 He is an animated reggae-singing mouse who has become a hit for the BBC, entertaining children with his attempts to fight crime and spread love and respect.

Yet dreadlocked Rastamouse has provoked more than a hundred complaints to the corporation with parents expressing fears the show is racist and encouraging the use of slang.

Mothers on online parenting forums have even raised fears that the programme could result in playground fights if children try to copy the mouse.

One mother on the Mumsnet forum, using the name TinyD4ncer, says she is concerned her child be attacked for repeating some of the Jamaican Patois phrases used by the mouse.

"The thing I'm most worried about is her saying the words like 'Rasta' and going up to a child and saying (these) things ... my child is white and I feel if she was to say this to another child who was not white that it would be seen as her insulting the other child." 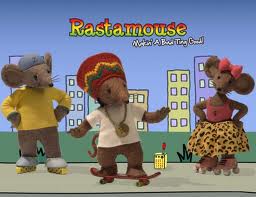 Another parent, on Bumpandbaby.com, says: "just watched a couple videos .. i'm going to say it is racist," while a blogger on musicmagazine website describes the show as "a mildly racist take on Rastafarians in the form of a cute mouse".

The BBC has received complaints from six viewers that the animated show stereotypes black people, while another 95 have complained about the language used in the show.

The Rastafarian mouse, who leads a band called the Easy Crew and speaks in Jamaican Patois, uses phrases such as "me wan go" ("I want to go"), "irie" ("happy"), "wagwan" ("what's going on?"). His mission is to "make a bad ting good".

The show has proved to be very popular since it was launched on CBeebies last month, and has been praised for being funny and educational at the same time.

"We wanted to create something contemporary, colourful and fun that would appeal not just to black children, but to other children as well," said Genevieve Webster, who co-authored the books that the show is based on.

"I want children and grown-ups to watch it and enjoy it, be uplifted by the message and the seriously cool music."

A BBC spokesman said: "The Rastamouse books are written in Afro-Caribbean Patois rhyme and this authentic voice has been transferred to the TV series to retain its heart, integrity and distinctive quality.

"Rastamouse is part of a rich and varied CBeebies schedule, which is dedicated to reflecting the lives of all children in this country.

"Although Rastamouse has a particular appeal to young Afro-Caribbean children, its entertaining stories and positive messages - about friendship, respect and community - are intended to be enjoyed by all our young viewers, regardless of their backgrounds."

Comment by shawna on March 3, 2011 at 8:49am
it was ok but i dont think that the song was appropriate for the children. wat the hell,, y are they talking about them reaching their climax in the song. thats just sad. dem couldnt sing bout ntoh better ? they could have made this cartoon better for the children, and if they can't clean up their act then they should just turn it in to an adult cartoon.

Comment by JamRockLady on February 28, 2011 at 10:24pm
It's racist because perpetuates negative, incorrect, stereotypes...plain and simple.

Comment by BigginsMarie on February 28, 2011 at 9:13pm
The song was pretty sexy for children...but u know the white people didn't understand a word of it.lol. That's why it's racist.

Comment by Mike k on February 28, 2011 at 9:05pm
Shallow inappropriate depiction of rastafari. Especially to children. Why the bling glamorization and sexualized lyrics in their song?. Naaaa, don’t get it.

Comment by Yuhboie on February 28, 2011 at 9:02pm
Yall skipping the whole point of the show!!! its not about rastas being portrayed as mice...If you look at kids shows most puppets are of furry little animals...and the clothing is stuff u see everytime you look out your door and black/white/spanish/asians all walk around with the bling round there necks and the rings and earings all trying to look like rappers...The whole point of the show is teach kids right from wrong and the basic fundimentals of early childhood...One of the 1st things my sister said to me after we watched this show was " Why soes the mouse sound like Sean (1 of my Jamaican friends) and I explained to her where my friend was from and why Sean, her and I (Trinidadian) all speak with different accents. I say they should keep the show running...if these white people or whoever else finds it offensive they can change the station and watch sesame street or teletubbies if they want!!!

Comment by JamRockLady on February 28, 2011 at 7:38pm
@Jason Samuels... I co-sign to both your comments
@Kiana...shuckin' and jivin' new millennium / animation version...(*rolling eyes)

Comment by Jason Samuels on February 28, 2011 at 6:25pm
@Yuhboie: I watched the clip over and still cannot see what it is teaching about culture. I don't have the opportunity to watch it regularly so maybe you know something that I don't.  What does the rasta community think about being depicted as rats?