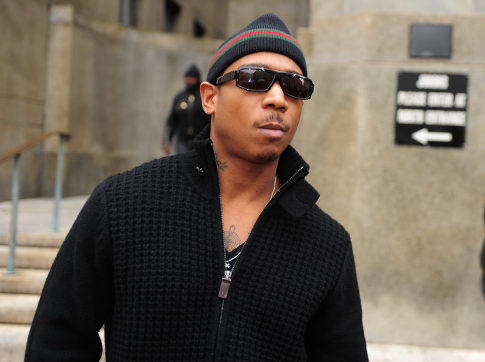 Rapper Ja Rule is headed to prison for two years after pleading guilty Monday to driving with a loaded gun after a 2007 concert.

The plea to attempted weapon possession in the second degree, a violent felony, came just before his trial was scheduled to start.

Ja Rule, 34, whose real name is Jeffrey Atkins, was busted with a loaded .40-caliber Taurus pistol inside his Maybach as he and two pals left the Beacon Theater on the upper West Side following a Lil Wayne & Friends concert in July 2007.

Lil Wayne, real name Dwayne Carter, was also arrested for gun possession that night. He took the same plea as Ja Rule but received only one year in jail. He was released from Rikers recently after an eight-month stint.

Ja Rule, wearing jeans and a black sweater, spoke in a low voice as he answered the judge's questions. He will get a similar prison time to the one accepted by Giants wide receiver Plaxico Burress, who shot himself in the leg inside a night club.

Ja Rule faced 3 1/2 to 15 years in prison had he been convicted for the top charge in trial.

Ja Rule's road manager, Dennis Cherry, is expected to cop a no-jail plea by the end of the month, a source said. The other man who was arrested in the rapper's car, driver Mohamed Gamal, has died of cancer.

The Queens-born rapper, whose last album came out in 2005, is due back in court Feb. 9 to schedule a sentencing date. Justice Richard Carruthers instructed him to make his next court appearance and stay out of trouble until he's sent Upstate for two years to be followed by a year and a half of post-release supervision.

"If you fulfill all of these conditions, I will sentence you as I have indicated," the judge told him.

Comment by www.jaxsprats.com on December 20, 2010 at 8:31pm
its sad to see someone go to prison for something that could of been avoided, he is lucky he got that plea deal, time goes by fast and gives hime more of a chance to do some personal development and reflection......5 days til' xmas....... Jaxsprat's Unique Collectibles "If it's unique we have it" http://www.jaxss $100.00 purchase and $40 off your $200.00 purchase instantly, this is in addition to our regular discount prices. Save upto 45% off.***