Rap star DMX will step into the ring In MMA Fight 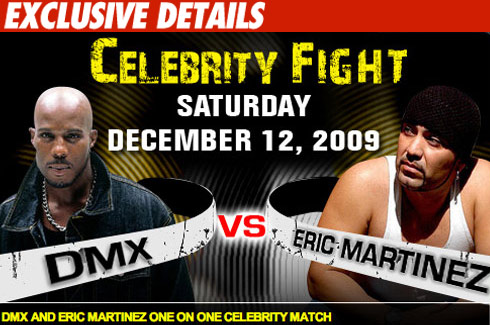 Rap star DMX will step into the ring against musician Eric Martinez this December, on the under card of the Tank Abbott/ Butterbean fight.
Thunder Promotions has announced that DMX will square off against Martinez on December 12 at the Birmingham Jefferson Convention Complex in Birmingham, Alabama.
Martinez is the CEO of Power Moves Entertainment, a record label, management firm, and event promotion company based out of Albuquerque, New Mexico.

According to Martinez’ bio, he is an official member of DMX’s management team and will wrestle the rapper during the event, which is dubbed “Alabama Pride.”
Alabama Pride kicks takes place December 12 at 8:00 PM in Birmingham, Alabama. 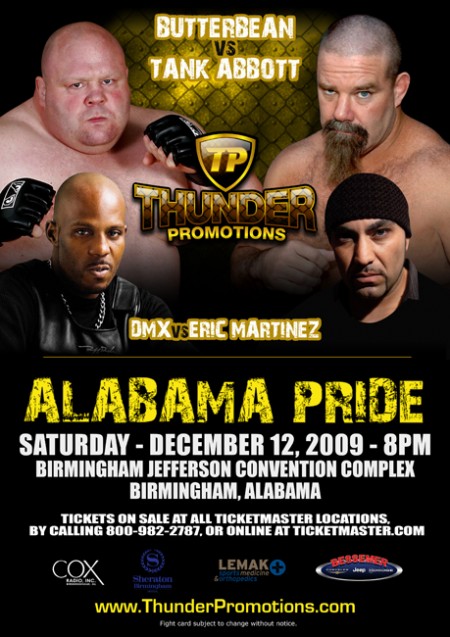