As one of the most famous R&B singers in the world, R. Kelly is a household name. Tonight, a new docuseries about the life of the singer will premiere. The ground-breaking six-part documentary will begin Thursday, January 3, and run through Saturday, January 5 on Lifetime. In the words of the network, it will feature women who are coming forward to share their stories about the artist. Lifetime writes, “Celebrated as one of the greatest R&B singers of all time, R. Kelly’s genre defining career and playboy lifestyle has been riddled with rumors of abuse, predatory behavior, and pedophilia. Despite damning evidence and multiple witnesses, to date, none of these accusations have seemingly affected him.”
Now, R. Kelly is gearing up to sue Lifetime if they air the documentary, according to TMZ. Kelly’s lawyer, Brian Nix, reportedly warned the network that the documentary is packed with lies, and he will file a federal lawsuit if they don’t pull the plug.

What do we know about R. Kelly’s family and children? Have they been affected by those who have spoken out against their father? Read on.

1. R. Kelly’s Ex-Wife Has Spoken out Against the Singer, Saying Her Life Was ‘Horrible’ While She Was Married to Him

In 1996, Kelly married Andrea Lee, a former backup dancer and the mother of his children. In September 2005, Andrea filed a restraining order against Kelly after a physical confrontation. She filed for divorce in 2006, and it was finalized in 2009.

People sat down and spoke with Lee, who goes by Drea, as part of their latest issue. In her interview, she says that life was “horrible” when she was married to Kelly.
Describing the abuse she underwent, she says, “It started with yelling and being slapped and grabbed. He chips away at your self-esteem, your ability to even think.” Speaking of hitting her low point, Drea tells People, “At the time I didn’t know there was such a thing as spousal rape. He’d tried to lock me in the bathroom. I remember being ready to jump off the balcony of our hotel suite and commit suicide. Thank God I didn’t. After that I said, ‘I’m done.’ In 2004 I called my dad, packed my bags and left with our kids in the night.”

Drea discussed a number of details about the alleged abuse on The View as well, saying that what she underwent with Kelly led her to contemplate suicide. “One time he attacked me in the back of a Hummer, and I do suffer from PTSD because of it … I thought I was gonna die in the back of the Hummer,” Drea said on the show.

R. Kelly’s management team did not comment on the allegations after Drea’s appearance on The View.

2. He Has Three Children

Kelly has three children– a daughter and two sons, with his ex-wife.

In tonight’s documentary, R. Kelly’s brothers break their silence, opening up about their brother. A slew of women have come forward accusing R. Kelly of domestic abuse and sexual assault over the years, and in the new Lifetime documentary, Kelly’s brothers, Bruce and Carey, discuss what the R&B singer was like growing up. They also talk about being raised by their single mother, Joanne.

3. Drea Says That Accusations Against Him ‘Took a Toll’ on Their Entire Family

Speaking to People, Drea says, “My children have had to deal with kids telling them, ‘Your daddy is the guy who peed on people’… and it’s ongoing.” She is referring to an incident in 2002, in which Kelly was indicted on 21 counts of child pornography. The video that surfaced showed Kelly engaging in “lurid sex acts with a woman some witnesses testified was 14 at the time of the recording.”

The singer pleaded not guilty to the charges and was acquitted in 2008.

4. He Has a Transgender Son

In 2014, Kelly’s son, Jay, who initially went by Jaya, came out as transgender. Announcing the news online, Jay wrote, “I came out through a text to my mum and then I told her when I got more comfortable… I told her because I knew she would love me no matter what, she has not once judged me in my life. She always told me that she loved loved and to be who I truly am.”

In an interview with The Advocate, Kelly spoke about his son, saying, “You don’t really wanna open it up by saying my daughter is becoming my son, because if that were true — don’t even give the blogs that kind of credit. You know what I’m saying? Real talk.”

Drea has spoken publicly about her son’s transition with a handful of outlets. In an interview with VH1, she said, “All I can say about Jay is he makes it so easy to be a proud mom … For parents, we need to realize our kids have their own journeys. Parents get it wrong when they don’t support their children.”

5. His Daughter Has Publicly Addressed His Sex Scandals 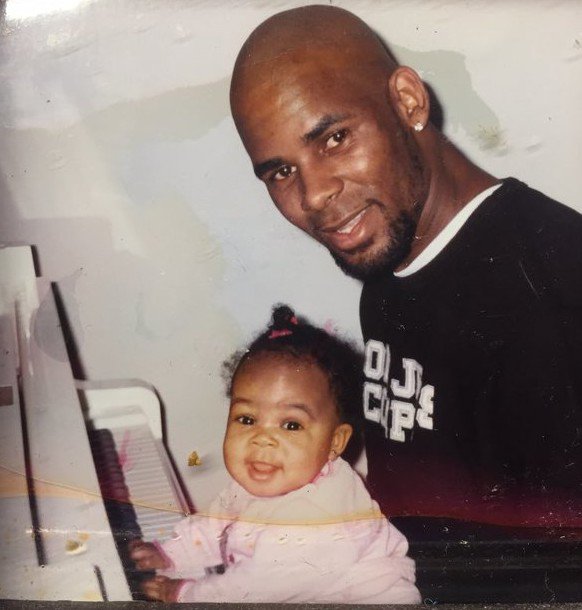 In April, Kelly’s daughter, Joann, publicly addressed her father’s sex scandal after rumors surfaced that he was grooming young women to be “sex pets.”

Joann told TMZ that she didn’t want to discuss the matter, but admitted that she felt “terrible” about the whole thing. She is quoted by Rolling Out as saying, “It’s very close to my heart. It’s just hard ’cause it’s family matters. But overall, it’s hard. I try not to speak about it too much, but it is what it is. I feel terrible.”

Joann is a singer like her father, and goes by her stage name, Buku.