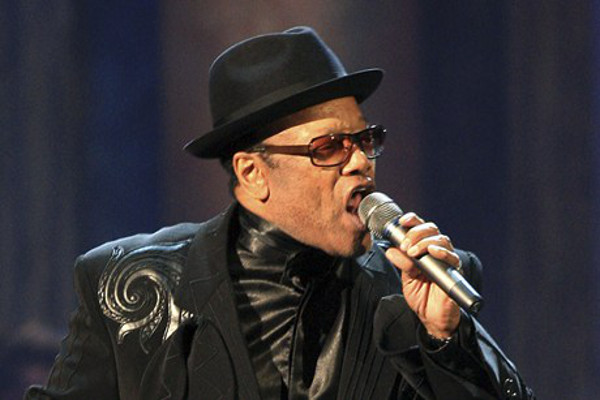 We're sorry to report that Bobby Womack has died at the age of 70. The legendary soul singer's sister told TMZ that he passed away in his sleep Friday, June 27.

An official cause of his death has not been released, but Womack has battled health problems for a number of years including colon cancer, diabetes, pneumonia and the beginning stages of Alzeimers. Womack's career began in 1952. He remained active by continuing to tour and record new music. His latest album entitled The Best Is Yet to Come is set to be released later this year via XL Recordings.

In 2009 he was inducted into the Rock and Roll Hall of Fame. The singer's catalog is filled with classic songs including "Across 110th Street" and "If You Think You're Lonely Now."

i know i was one of those babies who was conceived to his music, job well done, rest in peace you will be missed  but at least we have your music

One of the best, I have all his albums. They should have an R&B, hall of fame.

The Poet Bobby Womack. We have lost another great one. R.I.P. my brother, your legacy will live on forever in the hearts and minds of those who love & appreciate great music.

Another master craftman has transitioned Rest In Peace Brother Womack .

Comment by Ramona Kearns on June 29, 2014 at 10:47am
R.I.P. Bobby we will miss you dearly, but will keep you alive in our hearts through your music