Queens woman, 60, stabbed to death less than two blocks from her home 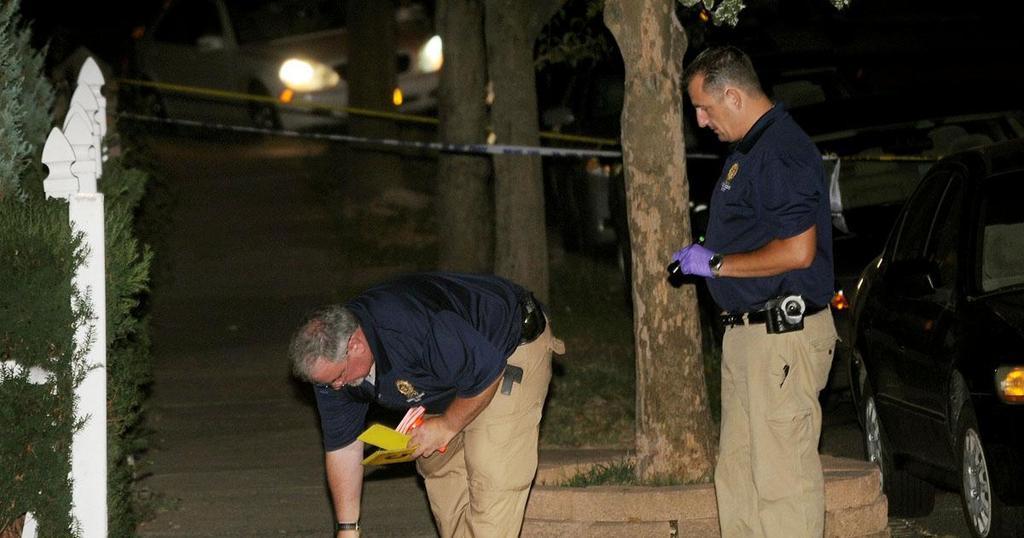 Crime scene officers mark evidence at the scene on Normal Road in Queens Wednesday night after a 60-year-old woman was stabbed in the chest.

A 60-year-old Queens woman whose nephew is a cop was fatally stabbed about a block and a half away from her home Wednesday night, police said.

Cops responding to an assault outside a house on Normal Rd. near 161st St. in Jamaica at about 9:15 p.m. arrived to find Nazma Khanam, stabbed in her chest and unconscious.

Emergency personnel rushed her to Jamaica Hospital, but she could not be saved.

An NYPD spokesman had no information early Thursday about why she was attacked or who might have stabbed her.

Early Thursday morning, the NYPD Muslim Officers Society posted a message on its Twitter and Facebook pages stating the victim was the aunt of one of its members.

Comment by Yogi on September 4, 2016 at 8:33am
James S...I was thinking it was a set up.Why was he walking so far ahead of her. So far that he couldn't tell it was his wife until he got closer and recognized her voice...just play detective

Comment by Kyra-Lee Marie Wilson on September 3, 2016 at 10:37pm
Omg This Is So Heaetbreaking & It Is Very Sad
Why Would Anyone Kill A Old Lady For No Reason
At All It Don't Make Sence My Heart Goes Out To
The Family I Am So Sorry For Your Lost. R.I.P

Comment by Jerome S [ Barz ] on September 2, 2016 at 3:26am
Why no mention of the husband's involvement? The purpose of her transition at that time, and her marital state?
"Jack fell down." More to follow. ...