Praise, Wait What? 'The Church Of Yeezus' Is Now Accepting Members [Pics] As if he needed any more reason to believe that he is a higher power, Kanye West'sYeezus album has inspired a new religion known as Yeezianity

The Church of Yeezus is now accepting members, according to it's website. No donations are needed. People from all walks of life are welcome.

We are an anonymous group who believes that the one who calls himself Yeezus is the highest living human being and he will help to usher in a New Age of humanity.

We believe that the days where mankind must trade his labor for money in order to buy the things he needs is coming to an end.

We believe that a New Age is beginning where all people will unlock their creative powers and the competitive struggle for money and power will no longer be necessary.

We are called Ye’ciples. Our membership is entirely anonymous and non-exclusive. We allow a Ye’ciple to be a member of Yeezianity as well as any other religion of their choosing including some of the best ones: Christianity, Buddhism, Islam and Taosim. In fact, we encourage Ye’ciples to explore and consider the tenets of any other religion they feel attracted to. Joining The Church of Yeezus is simple. Just take a selfie with a piece of paper or any other object that reads, "I Believe In Yeezus." Then email the photo to the church website. 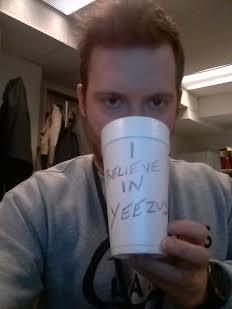 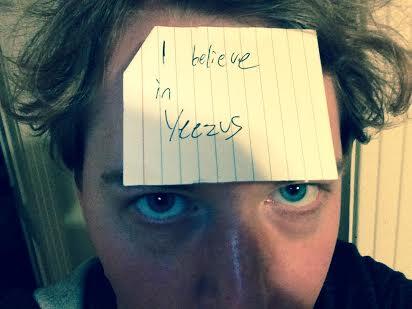 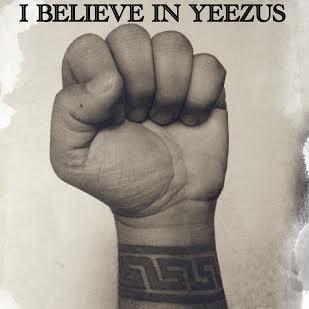 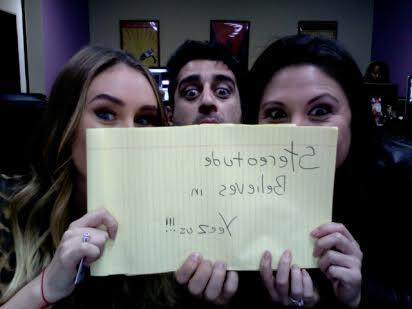 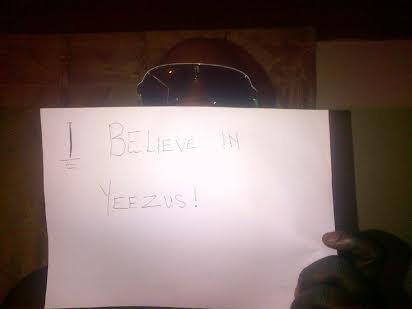 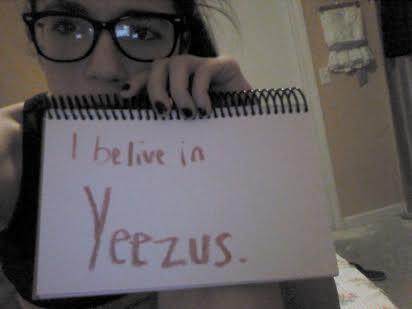 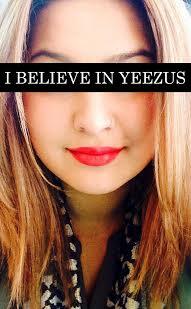 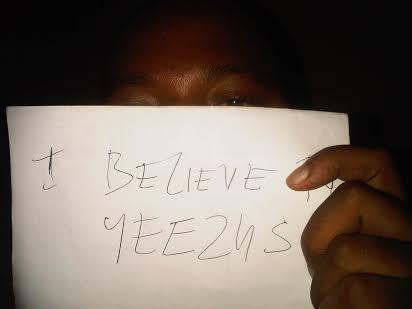 Regarding the church's savior, the rules are as follows.

His real name is never to be spoken.

He is known to us only as Yeezus.

He has shown the modern world the creative potential of a human being and he serves as a living model for behavior and ethic.

Prepare yourself to recite the church's Declaration of Faith.

Are you ready to become a Ye'ciple?

Comment by mia on January 19, 2014 at 11:11pm
Lol didn't he just buy a mansion I guess he needs the money and telling us we don't need money is he bipolar? Lol

This is utter foolishness. "I believe money has become unnecessary??" Well is Kanye going to give away all of his money & become as broke as his followers? HARDLY NOT.