Police Officer in Freddie Gray Case Is Acquitted of All Charges

Protesters gathered outside court in Baltimore on Monday to follow the verdict in the Freddie Gray trial.

BALTIMORE — A police officer was acquitted of all charges on Monday in the arrest of Freddie Gray, a black man who sustained a fatal spinal cord injury while in police custody. The verdict is likely to renew debate over whether anyone will be held responsible for Mr. Gray’s death.
The officer, Edward M. Nero, sat with a straight back and stared forward as Circuit Judge Barry G. Williams, who ruled on the case after the officer opted to forgo a jury trial, read his verdict on the charges of second-degree assault, misconduct and of reckless endangerment.
“The verdict on each count,” said Judge Williams, concluding his reading after about 30 minutes, “is not guilty.”
“The state’s theory has been one of recklessness and negligence,” Judge Williams said. “There has been no evidence that the defendant intended for a crime to occur.”
Officer Nero, who was implicated not in the death of Mr. Gray but in the opening moments of his arrest, then stood and hugged his lawyers as supporters pressed forward to congratulate him. He wiped away tears and, at one point, embraced Officer Garrett E. Miller, who is also charged in connection with the arrest of Mr. Gray
Perhaps a dozen protesters gathered outside the courthouse in the moments after the verdict was rendered, and some chanted the familiar protest cry, “No justice, no peace.”
“To see that officer walk away, and still no accountability, that hurts me the most,” said the Rev. Westley West, a frequent presence at demonstrations related to Mr. Gray’s death. “That could be me.”
The verdict, the first in any of the six officers implicated, comes a little more than a year after Mr. Gray died in April 2015. The first trial, against Officer William G. Porter, ended with a mistrial in December. Mr. Gray’s death embroiled parts of Baltimore, which has a history of tension between the police and its residents, in violent protest and became an inexorable piece of the nation’s wrenching discussion of the use of force by officers, particularly against minorities.

The Five Officers Who Await Trial in the Freddie Gray Case

Five police officers await trial in the case of Freddie Gray, who died last year after being injured while in police custody, after one officer was acquitted. 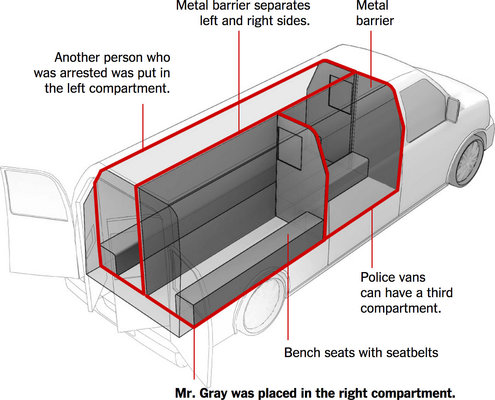 Many demonstrators had felt vindicated last year when the city’s top prosecutor, Marilyn J. Mosby, announced charges against the officers, but legal specialists have questioned whether they were too ambitious.

Charges were filed too quickly, he said, adding that prosecutors should have spent more time bolstering cases against one or two officers who may have been most culpable. “Someone dying doesn’t always make it a crime,” Mr. Moskos said. “The prosecutors are trying to find social justice, but these are trials of individual cops.”

A lawyer for Officer Nero, Marc Zayon, called for the charges against the remaining officers to be dropped.

“The State’s Attorney for Baltimore City rushed to charge him, as well as the other five officers, completely disregarding the facts of the case and the applicable law,” Mr. Zayon said in a statement.

“Like Officer Nero,” Mr. Zayon added, “these officers have done nothing wrong.”

Concerned about reaction within the community, Mayor Stephanie Rawlings-Blake, in a statement, asked residents to be patient as the legal process played out, but added that the city was prepared to respond to any disturbances.

The Police Department said in a statement Monday that the internal review of Officer Nero, 30, who remains on administrative leave, will not be resolved until after the trials of the other officers involved.

The trial had shifted the focus from the injuries that killed Mr. Gray, which was a crucial point in Officer Porter’s trial, to the opening moments of his arrest. It was never going to be the highest-profile prosecution in the case related to Mr. Gray; that will be Caesar R. Goodson Jr., the driver of the police wagon in which Mr. Gray is believed to have broken his neck. But, in a city that is already the subject of a federal civil rights investigation into whether officers use excessive force and discriminatory policing, Officer Nero’s trial renewed questions about when an officer can stop a private citizen and what an officer is allowed to do.

“I would say the trial has engendered a wider conversation about how police operate in poor communities, particularly poor communities of color that raises critical issues about society,” said David Jaros, a law professor at the University of Baltimore. 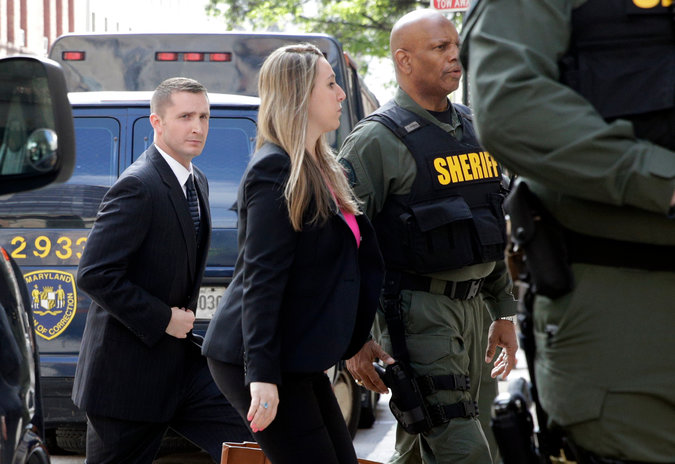 Edward M. Nero, a Baltimore police officer who was involved in Freddie Gray’s arrest, arriving at the courthouse on Monday.

Paul Butler, a former federal prosecutor and a law professor at Georgetown University Law Center, called the charges an unusual — and possibly unprecedented — attempt by a prosecutor to convict a police officer for making an arrest that lacked probable cause.

The attempt may have been fueled in part by public anger over the death of Mr. Gray. Mr. Butler said said such calculations were a normal part of prosecutors’ decision making before handing down indictments. That tactic was essentially negated, he said, when Officer Nero’s defense team opted for a bench trial.

Despite the acquittal, Tessa Hill-Aston, president of the Baltimore city branch of the NAACP, said she remained hopeful that someone would eventually be held responsible for Mr. Gray’s death.

“I’m thankful we’re even in court, that charges were brought,’ she said. “But now we’ve got to come out with something.”

“The low man in the totem pole was found not guilty, but now we’re working our way up,” Ms. Hill-Aston said.

“He did his job under very trying circumstances,” Mr. Murphy said.

Mr. Murphy added: “The family doesn’t want to see a conviction or an acquittal. They want to see justice. So they’re not going to be frustrated regardless of how this turns out, and neither should the community.”