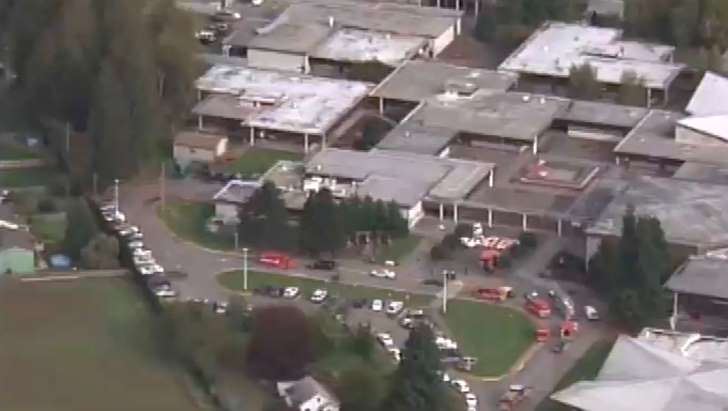 At least three people have been hurt in a shooting at Marysville-Pilchuck High School, and the gunman, a student, is dead, according to Marysville police.

Police said they are confident there was just one shooter involved.

CBS News said a Providence Regional Hospital emergency room nurse confirmed three patients have arrived with gunshot wounds, one in the head; and a fourth patient is expected.

Multiple students and a teacher reported hearing gunshots and KIRO 7 has received emails and texts from parents of students at the school.

"Our son just called to let us know that his kids are ok - his son was about 50 feet from the shooter - a student that he knows.  Our grandson and his friends ran away - jumped a fence and went to a home in the area.  He didn't know about any victims but thought there was at least one," said Tom Hopper, who emailed KIRO 7.

Video from Chopper 7 showed  students evacuating the building with their hands up and multiple police, fire and medic units.  Students are being loaded onto buses.  Other students were seen running through the school parking lot.

Police are sweeping the entire school

Casey Blakley and his daughter were driving by the school when they saw the huge police response.

“About every 30 seconds I had to pull over because there were so many cops and paramedics going by,” he said. “The road was blocked off from about two blocks away."

“There were a bunch of kids on the next block that apparently fled the school. They were all huddled together talking to cars that drove by.”

A FBI spokesperson in Seattle said the agency had personnel on their way to the scene to help authorities with the investigation. 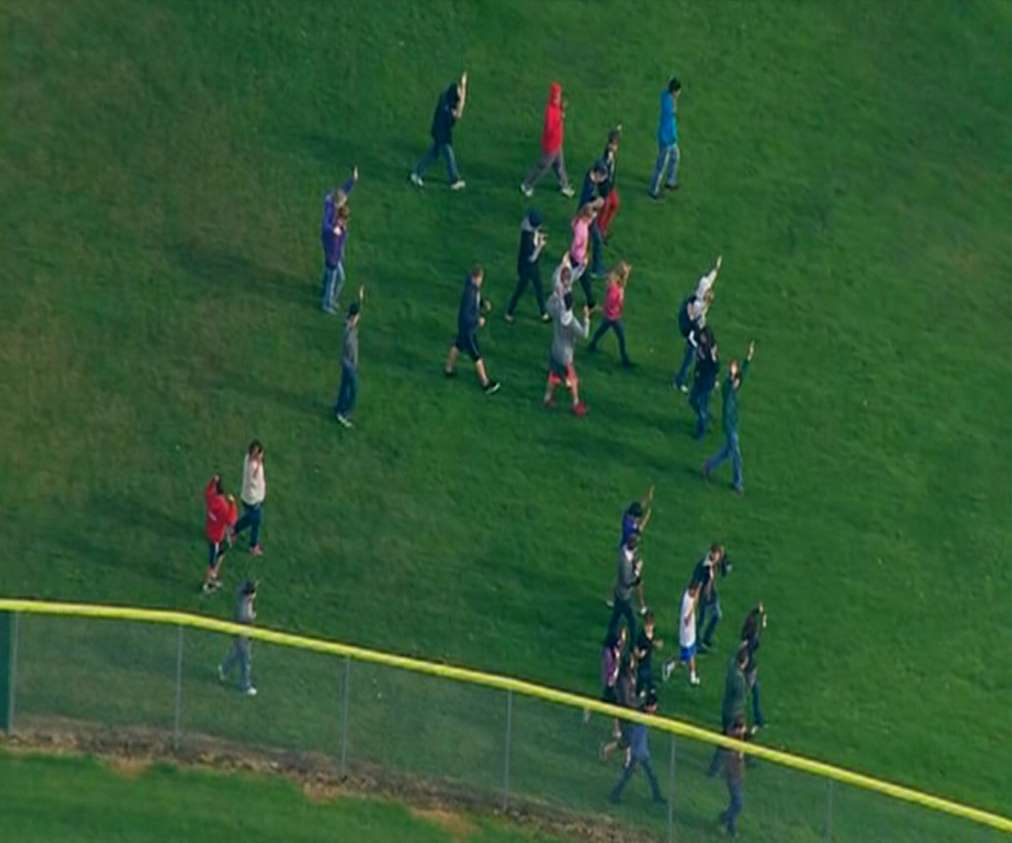 well buckle up ready for the ride America, you created your own monsters now they are unleashing day by day