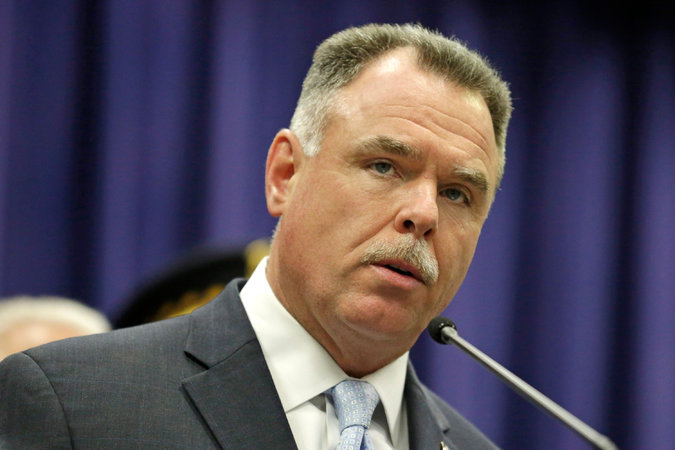 More than 130 police chiefs, prosecutors and sheriffs — including some of the most prominent law enforcement officials in the country — are adding their clout to the movement to reduce the nation’s incarceration rate.

Asserting that “too many people are behind bars that don’t belong there,” the officials plan to announce on Wednesday that they have formed a group to push for alternatives to arrests, reducing the number of criminal laws and ending mandatory minimum prison sentences. Members of the group are scheduled to meet Thursday with President Obama.

The group includes the police chiefs of the nation’s largest cities, includingWilliam J. Bratton of New York, Charlie Beck of Los Angeles and Garry F. McCarthy of Chicago, as well as prosecutors from around the country, including Cyrus R. Vance Jr., the Manhattan district attorney.

Democrats and Republicans alike have pressed to temper the economic and social costs of mass incarceration, which has been driven by harsher penalties approved by Congress and state legislatures from the 1970s to the 1990s, when crime rates were far higher than today. 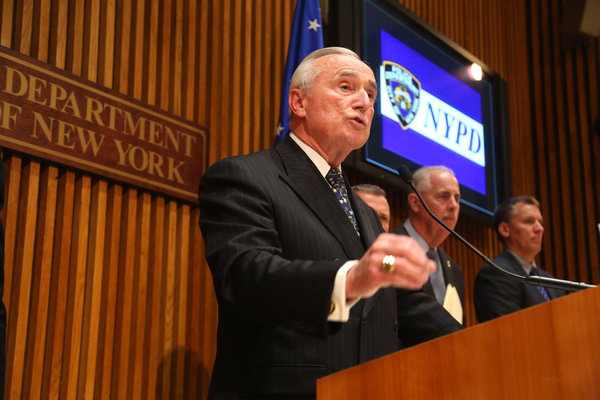 
But the group, Law Enforcement Leaders to Reduce Crime and Incarceration, represents an abrupt public shift in philosophy for dozens of law enforcement officials who have sustained careers based upon tough-on-crime strategies.

“This is kind of the missing piece to the puzzle,” said Inimai M. Chettiar, director of the Justice Program at the Brennan Center for Justice, a nonpartisan public policy group affiliated with the New York UniversitySchool of Law, which helped form the organization.

The law enforcement leaders now say reducing incarceration will improve public safety because people who need treatment for drug and alcohol problems or mental health issues will be more likely to improve and reintegrate into society if they receive consistent care, something relatively few jails or prisons offer.

Mr. Bratton said that New York State and city law enforcement agencies “were well ahead of the curve in understanding that you can’t arrest your way out of the problem.”

The organization will release a report on Wednesday. “With momentum for criminal justice reform accelerating, we want to leave no doubt where the law enforcement community stands: We need less incarceration, not more, to keep all Americans safe,” the group said.

The organization is counting on its members’ more than 1,000 years of law enforcement experience to help persuade the public, courts and members of Congress and state legislatures to roll back tough laws and rigid judicial practices that have built a criminal justice system with one of the highest incarceration rates in the world and costing $80 billion a year to maintain.

Police departments and district attorneys have a great deal of discretion when it comes to making arrests and filing charges for minor crimes. But because the public and government officials demand zero tolerance for crimes like shoplifting and possession of small quantities of drugs, such offenses continue to be prosecuted and often come with jail sentences.

The policies have disproportionately affected African-American men. A2013 study by the Sentencing Project found that police strategies that target black men and judges’ harsher sentences for minorities meant that one in three African-Americans born that year could expect to spend time in prison, compared with one in 17 white men.

“After all the years I’ve been doing this work, I ask myself, ‘What is a crime, and what does the community want?’ ” Superintendent McCarthy, a chairman of the group, said. “When we’re arresting people for low-level offenses — narcotics — I’m not sure we’re achieving what we’ve set out to do. The system of criminal justice is not supporting what the community wants. It’s very obvious what needs to be done, and we feel the obligation as police chiefs to do this.”

Chicago has seen a spike in shootings and homicides recently, but major crime has dropped by 39 percent since 2011, according to police statistics. 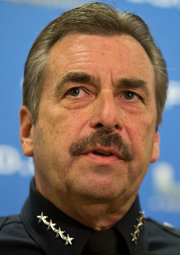 
The organization says its proposals will not hinder the ability of law enforcement to arrest and prosecute people who have committed violent acts or other serious crimes.

The law enforcement officials point out studies showing that more than one-third of prison and jail inmates have mental health or substance abuse problems, and are often in jail for crimes like drug possession and shoplifting.

In addition to mass incarceration’s damaging social consequences, the group faulted the policy’s economics as unsustainable.

A number of states in recent years have closed jails as state and local governments have struggled with budget shortfalls. Courts have orderedCalifornia, among other jurisdictions, to reduce overcrowding by offering early parole, modifying sentences or reducing the cost of bond to thousands of inmates.

“We’re talking about using a scarce resource — beds in jails and prisons — in the most effective way,’” said Benjamin David, a member of the group and the district attorney for New Hanover and Pender Counties in North Carolina. “I would say to people, ‘Who would you rather have in there — a bank robber or an addict who is aggressively panhandling downtown?’ This is not a political issue, it is a moral issue.”

The law enforcement officials said they would press Congress and state legislatures to reclassify some nonviolent felonies as misdemeanors and to eliminate some petty offenses from criminal codes. These changes, they said, would allow them to focus resources on those who have committed serious and violent crimes.

The group has also pledged to repair rifts with the communities they serve and to advocate eliminating mandatory minimum sentences to give judges greater authority in punishments.

“We are in the middle of a sea change focusing on who is in our prisons, why are they in there, and who is making the decisions,” said Mr. Vance, a member of the group’s steering committee. “At the end of the day, this is just common sense. This is nothing radical.”

The group pointed to Florida’s Criminal Mental Health Project as an example of a program that had successfully provided mental health treatment to those who were arrested and in need of care instead of sending them to jail.

The program, which provides training for the police to help people suffering from mental illness, led Miami police officers to arrest just nine of more than 10,000 people in response to mental health calls in 2013, according to the Eleventh Judicial Circuit in Florida, which operates the project. Previously, the majority of those cases would have led to arrests.

Most people are brought to crisis stabilization facilities instead of jail, according to the project. The reduction in inmates has helped allow Miami-Dade County to close one of its jails.

Why the fck do they call it prison rosters as if it's school or a team......?