We would assume these are not the kind of police officers Denzel Washington says he “has the utmost respect for.” Lord, let’s hope not ’cause we don’t think these two would return the love.

We’re talking about a police chief in Hamilton, Georgia who has resigned and one of his officers was fired after video surfaced of an absolutely shocking, racist conversation between them in which they casually drop the n-word and say slavery met the needs of black people.

Allmond and Brooks even talked about who he’d rather have sex with — Atlanta Mayor Keisha Lance Bottoms or voting rights activist Stacey Abrams.

“It was disgusting. I had to leave the room,” Hamilton Mayor Pro-Tem Ransom Farley said.

As the conversation went on, the men then moved onto the topic of slavery. 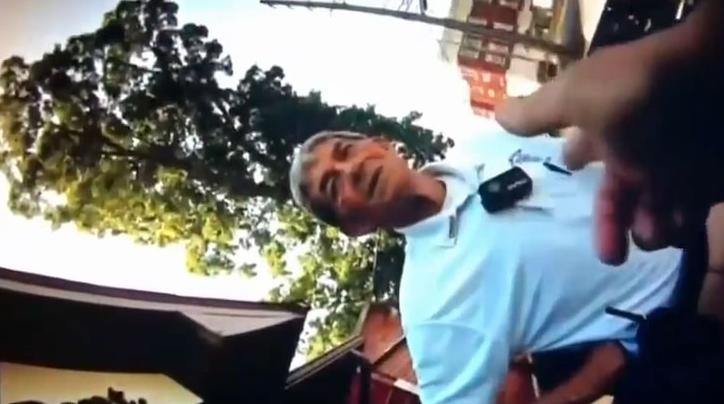 Farley said he stumbled upon the video and brought it to the attention of other city officials.

“A bodycam that was used by the city was being inspected because we had been informed that the bodycam did not work. But when it was looked at, it was determined that the bodycam actually had full memory of video,” Iddins told WTVM TV in Columbus, GA.

What they said was horrible, but I have to tell you, ATL Mayor is a Beyonce.