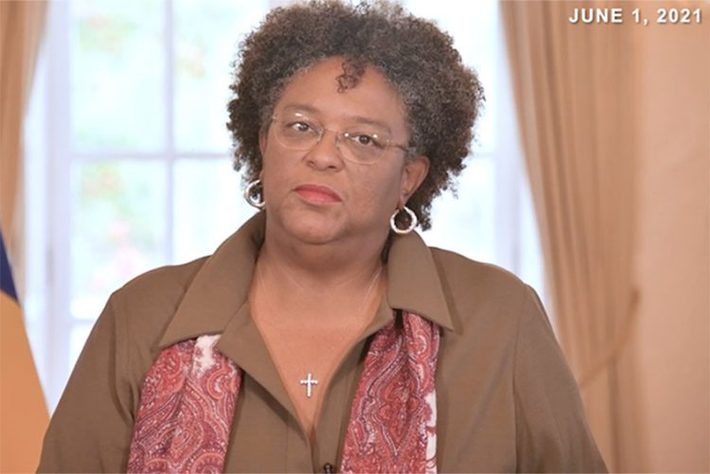 Prime Minister Mia Amor Mottley is now the third government official who is expressing disappointment in 10 Bajan artistes and one music producer for a video in which they spew lyrics about the use of guns to solve problems.

Prior to the country's leader releasing a video statement on Tuesday evening, the Minister of Home Affairs, Wilfred Abrahams, commented initially in another section of the media, lambasting the lyricists, accusing the artistes of promoting gun violence, and then on the same train this afternoon, the Culture Minister, John King, told a media group with a chuckle, "I'm totally flabbergasted by the insensitivity of all involved".


The How Many More and Singing Fuh Cree former calypsonian, now Minister King, went on to say: "Sometimes we look at I guess our own situations what we do for a living, what is marketable at the time for the audience that we work for, and make decisions that are not sometimes in the best interests of not only ourselves, but the wider community as a whole.

"I think that there needs to be a serious conversation on the collective responsibility of the society and not just pinning these things down to any particular person or section of persons."

Do you believe the Trojan Riddim lyric/graphic video must be deleted?

In her video which is just over three minutes in length, the Barbados prime minister said it was "impossible" for her to remain silent on the controversial video that "seeks to glorify gun violence in a most regrettable way.

"I am horrified at the video and I am personally disappointed in the artistes who have not recognised that there is an obligation on their part to accept that to whom much is given, much is expected..."

She said some have even attained national acclaim and they should understand that some members of the society are very literal.

Therefore, against that background, she said: "There has to be a zero-tolerance approach to gun violence in this society," a statement that has been used by the police commissioners on numerous times over the past year. 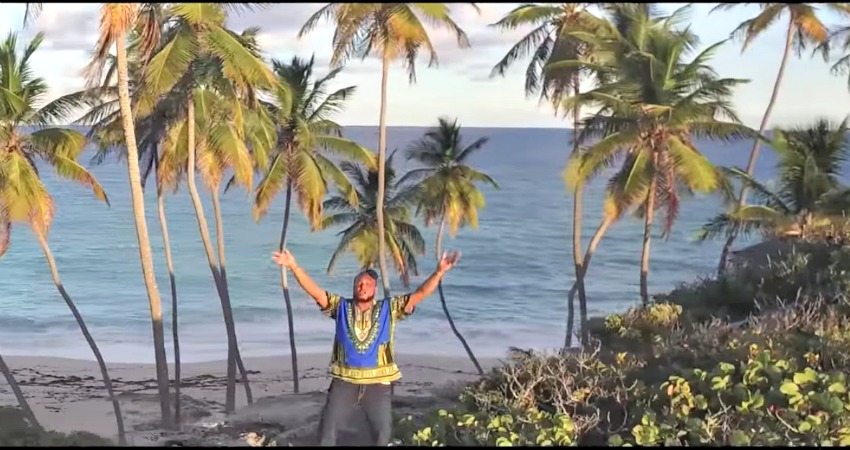 Asserting that you cannot "play light" with issues such as this, Mottley threw her support behind Abrahams and added: "Any government with which I am associated cannot and will not be supporting anybody who fails to apologise to the people of this country for this behaviour. I am not asking you to apologise to me nor to the government, but you need to apologise to the people of Barbados because there are too many victims of gun crimes in this country, as recent as today. This country cannot in any way have any level of tolerance for anyone who promotes gun violence in any form... and the bottom line is that we also have to recognise that persons who have put this video up have a responsibility to take it down, and in addition therefore to the apology, I expect you to take it down."

She urged that all involved need to apply common sense, declaring that "at this point in time, this is not the message that we need to be sending to any Barbadian or any person in this country or any part of the world.

In a video published on his Instagram and Facebook, Ram apologised to his followers, fans and the public for his participation in the track.

He is one of the ten artistes involved in the riddim produced by Dwain 'Dwaingerous' Antrobus of BassInk. The 16-minute music video for the riddim caught public scorn after retired Voice of Barbados talkshow host and moderator of Down to Brass Tacks, David Ellis spoke about it on Monday.

Ellis charged that the artistes involved were "clearly promoting gun violence" in the music video and held that they should not be given Government support.

This would specifically target Peter Ram and Reco 'Mole' Cumberbatch who were part of the Ministry of Education's Anti-Violence Campaign in 2018. Additionally, Mole, Ram as well as Brutal Crankstar were part Government's COVID-19 Mask Up campaign.

Ram starts off his track Roll out with the lyrics: " Buy what the f*c* you want, don't let nobody tell you you can't. We go ah buy a bougie, Louis Vuitton and even Gucci. We would have floss every day from St George to St Lucy."

His controversial lyrics, however, include; "F*c* around 38, 40, 45, M-16 calibre, AK. We rubber band pop, call the culprit, high tension like electric. Dem disrespect, dem get exit and we teach them a lesson like polytechnic."

But in the apology video Ram explained that the track was a freestyle he created a year and a half ago.

"It was never my intention to offend anyone so as one of Barbados' top entertainers, I deeply apologise to all my fans and friends and all the little kids who look up to me".

The economic slavery system is all about profit. The social construct that engenders it is designed to make and keep good economic slaves (GES). Religion and the violence it promotes, (read holey scriptures) is a blueprint. Does she want the holey scriptures to be redacted? The people, not given a logical thought process, are unable to comprehend that slaves fighting each other is entertainment for the masters and masses. Inviting all to think logically. Peace, always.