Now, all this appears to be falling apart before the very eyes of authorities whose endless appeals to citizens to obey social distancing rules, wear face masks and avoid large gatherings seem to have been palpably ignored.

The twin-island republic with Tobago is now in the throes of its worst Covid outbreak with 148 deaths in the first 19 days in May. Authorities are also recording hundreds of positive infections each day and the country is worried about a health system that is close to collapse, so close that the US government was forced to recently donate two field hospitals to bolster the severely pressured state and private systems.

A record 23 persons died between Monday and Tuesday, eclipsing the 21 who perished in a single day last week. Those numbers, are of course, the highest for a single day in any of the 15 nations of CARICOM.

That number and urgings from the umbrella local chamber of commerce helped PM Rowley to declare a Covid pandemic state of emergency last weekend. Current rules include a ban on most mass public and outdoor activities including gyms and parks, beaches and other places that accommodate large numbers of persons. A night time curfew is also in effect but so worried is the chamber about the situation spiraling even further out of control that it has asked Rowley and company to impose a 24-hour curfew on Sundays and bring down the curfew starting time from 9PM to 6PM

“In the midst of today’s serious increase of reported cases and deaths and following the worsening trajectory of the pandemic in Trinidad and Tobago, we wish to respectfully suggest that more serious action is required to stave off more calamity and loss of confidence,” the chamber said.

An indication that too many locals are not taking the health threat seriously enough, authorities reported that a total of 360,000 people or about a third of the national population had dared to apply for curfew waivers. Police Griffith said he was forced to reject a grand total of 350,000 of those applicants according to the Guardian newspaper.

And desperate to address the situation, Minister of Foreign Affairs, Amery Browne told a hearing of the senate this week that PM Rowley has already made moves to directly contact US President Joe Biden, pleading for a large enough batch of vaccines to be made available to locals.

“He has been following up consistently with high-level contacts within the US administration and leading the advocacy with contacts such as Maxine Waters and Bennie Thompson, members of Congress, high-level influential figures in the US administration, as well as with the Atlantic Council, a high level think tank which is very influential in the US system. The prime minister has written multiple times to President Biden and has received responses and that communication and engagement is ongoing.”

Meanwhile, the situation in Suriname is also triggering cause for concern as officials recorded eight deaths in a day this week and as calls for a lockdown mount.

De Ware Tijd, the country’s leading newspaper, says the time has come for urgent action as the situation is almost out of control.

“Code black in Suriname seems inevitable. The alarming number of Covid-19 deaths and people infected with the coronavirus have increased dramatically in a short space of time and the situation is now almost impossible to control. Hospitals can no longer cope with the flow of Covid-19 patients and newly infected persons must be in home quarantine,” an editorial said, calling for action. 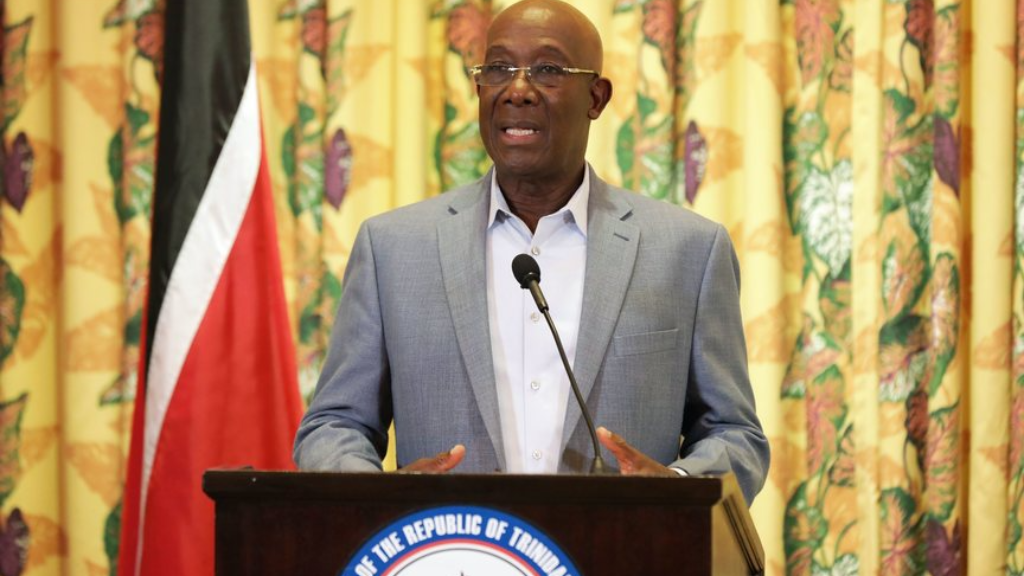 From midnight tonight, Trinidad and Tobago will be under a state of emergency.

A curfew will be in effect from 9pm to 5am.

Prime Minister Dr Keith Rowley made the announcement at a media conference at the Diplomatic Centre, St Ann’s on Saturday.

Dr Rowley said the implementation of the state of emergency is to further reduce the rapid spread of the COVID-19 virus.

He said: "I'm sorry that it has come to coffins and the faces of dead people for us to realise that we are in, and always have been in a very difficult place."

Questioned on how long the state of emergency would last, Dr Rowley said: "None of us in this country have ever been in a state of emergency during a pandemic. Use that as your guide. This is not a comparison of another state of emergency. This situation calls for this and the length of it will be determined by the response that we get. I'm saying the more cooperative the response, the shorter will be the period."

The prime minister also revealed that there will be exempted industries including health, National Security, transport and those supplying food.

A full list of exempted businesses will be published once finalised.

On Saturday, the country recorded 11 deaths and 520 new COVID-19 cases.

Are these islands giving the Covid shots? Not saying they have to take it, but dang.