A flight from Kunming to Guangzhou in a China Eastern Airlines Boeing 737-800 carrying 132 passengers crashed in the mountainous area of Guangzhou province. It is reported that the plane ignited into flames after plummeting to the ground.

According to flight-tracking data, the China Eastern Aircraft was in the air for more than an hour when the plane started to lose height rapidly from its cruising altitude and crashed. 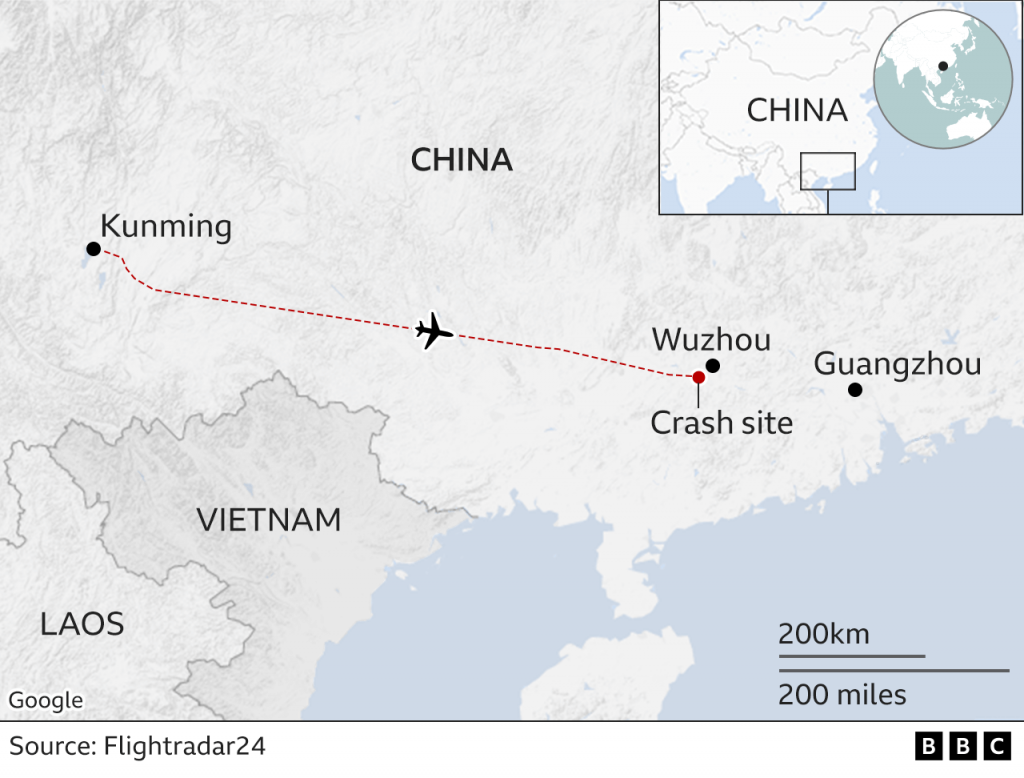 Map showing where the airline crashed

Chinese airlines are said to maintain good flight safety records as the last time that a major accident occurred for a Chinese airline was in 2010, then a total of 42 people were killed in a passenger aircraft that departed from Harbin to arrive in Yichun.

Xi Jinping, President of China has since ordered an immediate investigation to determine the cause of the crash, as well as, all China Eastern Airlines 737-800 Boeing flights have been halted.

Over 600 emergency responders were dispatched to the crash site and firefighters have managed to extinguish the blaze in the hills. There have been no reports of survivors as yet.

Disaster.. Rest in Peace the souls..