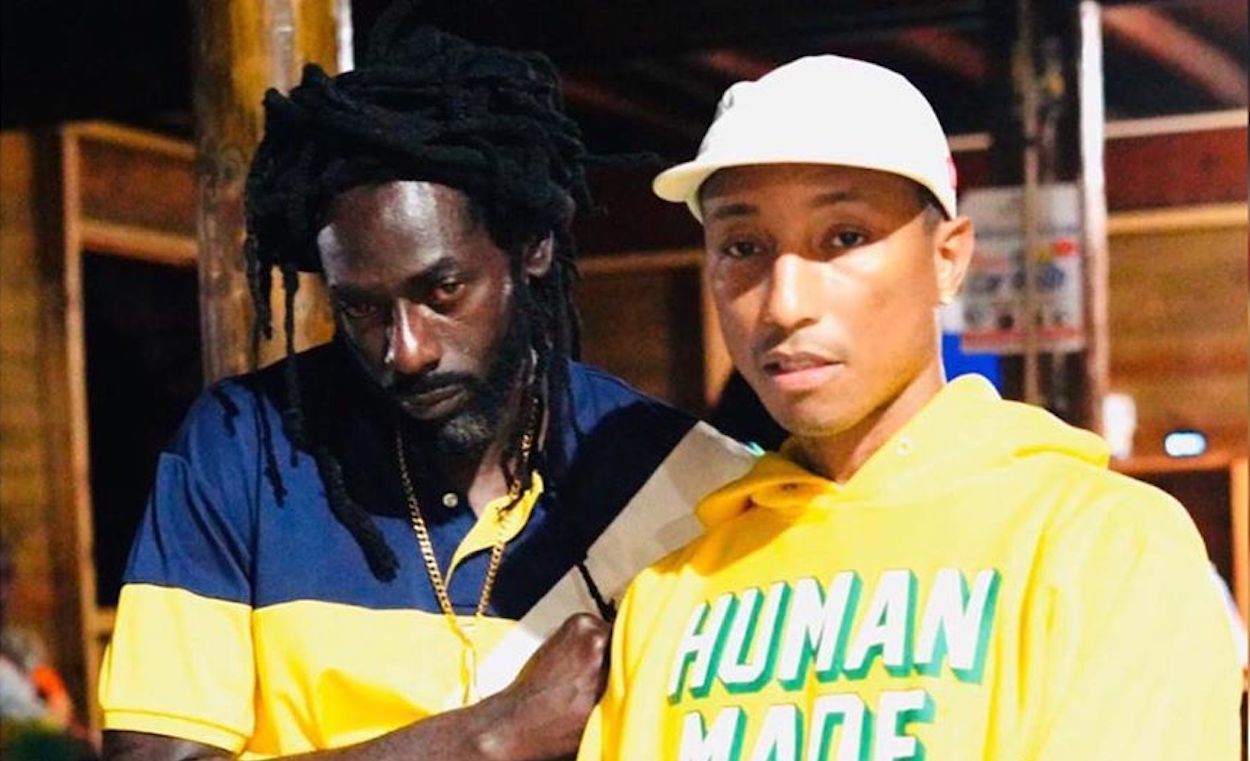 Pharrell Williams and Buju Banton might have some new music on the way.

The late 90s and the early 2000s were glorious times for both hip hop and dancehall music. Big facts. The era produced timeless tracks that are still bumping in the clubs to this day. While the artistes are the ones who are usually praised in the public domain, it is the early grunt work of other persons such as the producers and songwriters that really set the tone for a certain that timeless piece of art.

One of Jamaica’s biggest producer’s Steven “Lenky” Marsden has recently revealed that he is linking up with famed hip hop producer, Pharrell Williams. Lenky posted a few pictures to his Instagram of himself and the “Happy” singer, which he captioned, “Jamaican Music! #reggaecrosstheworld #dancehall #jamaica #music #studiovibes #bujubanton #pharrellwilliams.” His post is seemingly hinting that both men are in talks concerning a fresh new sound for the Gargamel himself, Buju Banton.

The significance of the union is phenomenal as both men have helped to shape the sounds of popular we know today. In reference to dancehall music, one riddim had a certain infectious vibe and energy that was simply irresistible and inescapable during the early 2000s. The Diwali Riddim, which was released in 2003, still gives life to any dancefloors and is always at the forefront, helping to push dancehall music to various parts of the word. The producing genius of Steven “Lenky” Marsden can also be credited to other noteworthy riddim compilations such as Time Travel, Masterpiece, Silicone, and Bionic, just to name a few.

The Neptunes duo of Pharrell Williams and Chad Hugo have been on the scene since the early 90s and have written and produced tracks for some of the biggest names in the industry, such as Jay Z, N.O.R.E., Mystikal, Clipse, Mariah Carey, Britney Spears, Ludacris, Daft Punk, Beyonce and a host of other major acts. It seems Jamaica’s beloved singer Buju Banton, will soon be added to the list.
While the exact plans for Buju Banton have not yet been revealed, you get the sense that it is destined to be awesome and to go places, once Buju’s label Roc Nation, gives it their full support.

When you see people working with certain people in the industry.......