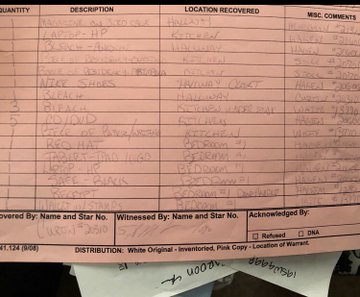 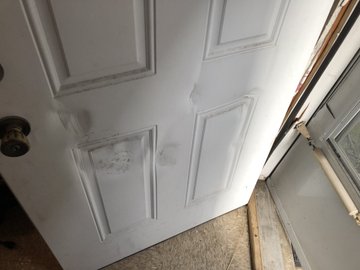 BREAKING:Police raided the home of two persons of interest in Jussie Smollett case last night. Both men are of Nigerian decent and have appeared as extras on the show. Police took bleach, shoes electronics and more.Officers asked family if they knew #Jussiesmollett. @cbschicago

The homes of the “persons of interest” in the Jussie Smollett case have been raided by Chicago Police Department officers. CBS Chicago’s Charlie De Mar reports that both men have appeared as extras in “Empire” and are of Nigerian descent. De Mar tweeted that the men’s home was “ransacked.” A family member told De Mar that they believe the pair have been identified by police as persons of interest because they left for Nigeria on the day of the attack.

The two men are the same two men who were featured in the grainy pictures that was released by the Chicago Police Department.

On the same day as the raid, “Good Morning America” aired an interview with Smollett in which the singer and actor said, “I want to believe, with everything that has happened, that there is something called justice.” Smollett also said that he did not know if he would be able to heal if his assailants were not found.

A lawyer for the men who have been taken into custody has told Charlie De Mar that she has spoken to her clients. On January 29, Jussie Smollett told police that he had been beaten up in Chicago in what was investigated as a hate crime. Smollett said that his attackers made racist and homophobic remarks to him. Smollett is openly gay.

Smollett’s manager, Brandon Z. Moore, told police that he was on the phone with the actor when the attack took place. Moore says he heard the men shout, “This is MAGA country.” as well as a racial slur. Police later said that the phone records that Smollett provided to prove this phone call took place were deemed as insufficient.

TMZ was the first to report that Chicago cops had picked up two men on the night of February 14 at O’Hare Airport in relation to the Smollett assault. That article only referred to one of the suspects as having appeared in “Empire.”

Comment by Lu on February 15, 2019 at 6:03pm
Lee Daniels and the EMPIRE team were about to write his character out of the series soon...THIS WAS HIS LAST DESPERATE ATTEMPT TO STAY RELEVANT. He's a faker just like his lifestyle. He can take his tears and use it for lubrication with his dry lying ass....Enough with this headline and his BS...

Comment by Mr. Johnson on February 15, 2019 at 5:57pm
This is turning out to be a feature made for life time or unsolved mysteries. Lol