A Fort Lauderdale homeless who was looking for a bathroom wound up being shoved to the ground, slapped in the face and arrested for trespassing after a cop overeacted to the situation.

Officer Victor Ramirez was suspended by the Fort Lauderdale Police Department after video of the incident surface. Bruce Laclair was walking in the downtown bus station when he was confronted by Ramirez. After a few words were exchenged Ramirez pushed LaClair to the ground. A few minutes later he slapped hard across the face.

Ramirez was working an off-duty job at the time. He's been suspended with pay pending an investigation "We are now conducting an internal investigation," said Fort Lauderdale Chief of Police Franklin Adderley. "Part of that will be a first phase where we will be looking at a criminal allegation, and then we will be conducting an administrative review." 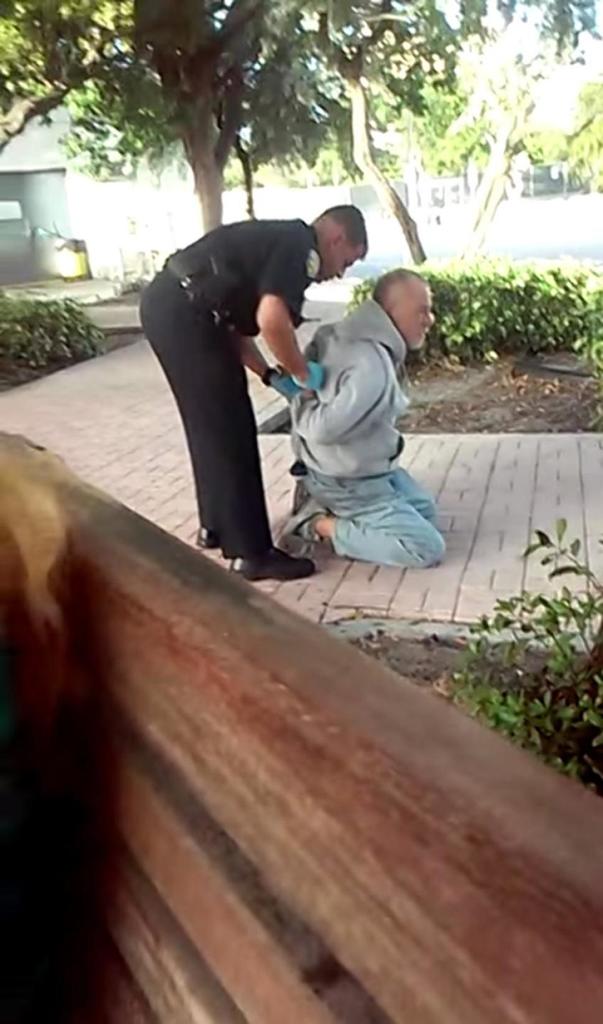 "He should be suspended because I don't know why ... he was an angry man," Laclair told Channel 7.

Big brother lives!  The officer totally violated this man civil rights This type official misconduct is normal in the inner cities of the USA. Many are one paycheck away from homeless

Comment by Roots aka TJ What De Ras on February 26, 2015 at 6:45pm
Yeah another one for the civilians. I smell a lawsuit coming

Comment by Roots aka TJ What De Ras on February 26, 2015 at 6:45pm
One on white crime get desk duty, non-white on white dime gets gets fired or jail time

He will realize that badge means little for Hispanic men, when they hit a white man, even if he is homeless. Normally, I wouldn't write stuff like this...but it's the plain truth...correct me if I'm wrong.

Good for the bastard!!!! he has no respect for his elders.