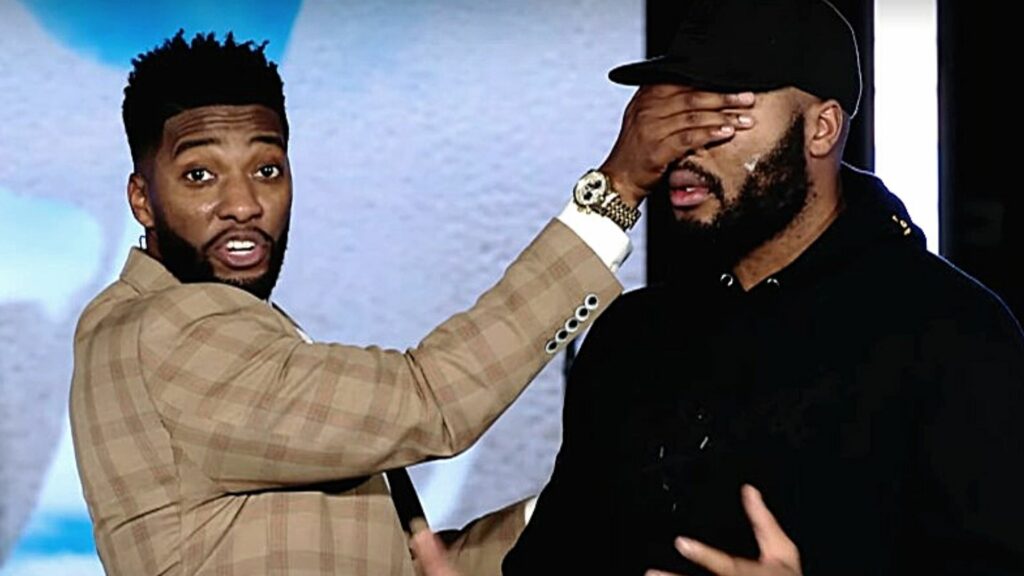 Oklahoma Pastor Michael Todd is facing criticism after he rubbed his spit on a man’s face as part of his sermon topic: “Receiving a vision from God might get nasty.”

Todd leads the Transformation Church in Tulsa. The viral video shows his thoroughly disgusting act of coughing up phlegm into his hand and rubbing it all over the face of a parishioner he invited on stage.

“And this is where most people would not face Jesus anymore,” Todd says in the clip.

“What most people would do would [be to] turn away,” he said as he cupped saliva in his hand.

Todd’s message was that “receiving a vision from God might get nasty” and that’s when he rubbed the phlegm all over the man’s face.

“How you just reacted, is how the people in your life will react when God is doing what it takes for the miracle,” he told the audience as they reacted with disgust.

“Had never heard of ‘Pastor’ Mike Todd before today. But I truly understand now why the elders used to frequently tell us that we’re in the last days,” tweeted Jemele Hill.

One Twitteruser labeled the spectacle “disgusting” and “sinister.”

“At this point if you’re still following Mike Todd…you lack critical thinking skills and discernment cause THAT disgusting mess is unforgivable. It would be disgusting in normal times but in a pandemic it’s almost sinister,” the tweet reads.

“What is the CDC going to do about Mike Todd?” asked another Twitter user.

One Twitter user noted, “In the Book of John 9:6,,, Jesus spat on the ground and made clay with his spittle. He then annoited the eyes of a blind man with the clay that he made with his spit… The Pastor left out a main ingredient: Dirt.”

Like many folks who saw the video, the pastor says he watched it back and it was disgusted. He said was trying to make a point, but he realizes he crossed the line. He says that while Jesus was able to use his spit to create a miracle, he most certainly did not have the same effect on his brother, during his sermon. He called the incident a distraction to the message and says next time he will rethink and do something different.

Peep what he told the outlet in the clip below. 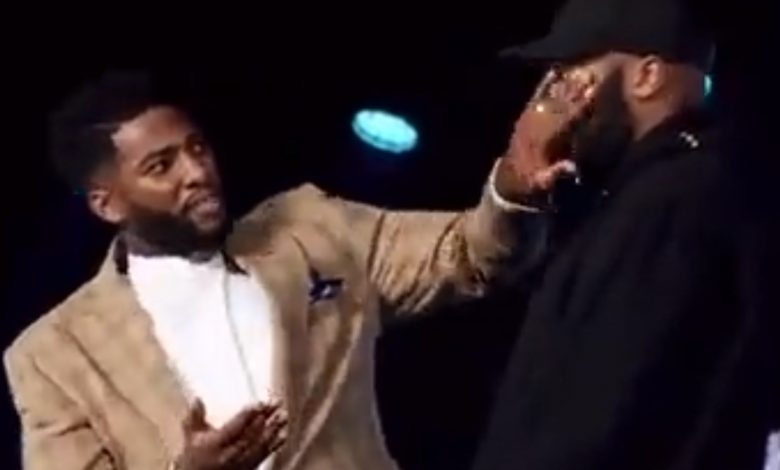 The internet is going wild after a video with an Oklahoma Pastor broke the web, showing him smearing his spit in the face of someone who willingly volunteered to take it.

The crazy church stunt took place over the Weekend while Pastor Michael Todd was giving a sermon at the Transformation Church in Tulsa, about seeing God’s vision in 2022.

Leading up to the act, Todd was noticeably in the full power of the holy spirit as he charismatically spoke words going into the mucky moment. At the point of smearing, it is evident from a video TMZ posted showing what went down that the churchgoers sounded very grossed out from what was taking place, especially based on the fact that the Pastor ejected several hawks of spit in his hand.

Where the purpose of the Pastor’s actions is concerned, they seemed to have been part of the whole idea of clearing one’s vision to see God as the Pastor emphasized the idea that Jesus would have gotten the same reaction.

It was also revealed that the person who was smeared in the muck fest was Pastor Michael Todd’s very own little brother, Mike who also posted on his Instagram account about the idea of God’s vision for 2022 which means he might not have had one bit of problem being in the center of a mess.

What is crazy too is that the service was also streamed to persons watching at home who might have just taken good use of the opportunity to turn their devices off upon seeing the stomach-turning, spit-smearing act.

Comment by mr1stroke on January 18, 2022 at 7:28pm
Lol I'm sorry for spitting on your face because you are dumb

If at the first level of the game you are the only one with a girl you are trying to impress at the dance, then at the second level next to you will be the girl's father, who, like the devil, is big and scary. monster.

Comment by Robert on January 18, 2022 at 3:19am
At that time many will turn away from the faith and will betray and hate each other, and many false prophets will appear and deceive many people.
Matthew 24:10‭-‬11 NIV

Comment by Robert on January 18, 2022 at 3:18am
For false messiahs and false prophets will appear and perform signs and wonders to deceive, if possible, even the elect. So be on your guard; I have told you everything ahead of time.
Mark 13:22‭-‬23 NIV

These Pastors and their flock are always doing some ish, and hiding behind God. They ALWAYS Say The spirit led them. That is some frackle nackle Bull Ish.  Everything the pastor says, the flock just follow, I.E: David Koresh, Charles Manson, Jim Jones. Wake up people. These are some crazy times. Yall better cry out to God and see what he has to say, Not man. Man will lead you astray..

Comment by vaughn mitchell on January 17, 2022 at 11:05pm
Everytime, when was a crazy pastor, and his flock not in the news doing crazy s***, I bet this pastor done f***** most of the his female sheep's. Nastysonofabitch.

Comment by mr1stroke on January 17, 2022 at 6:02pm
90% of the public are idiots and some are worse than others, they follow every thing, they do the same s*** and believe anything, so why not believe in the pastor

WTF. I can't even look at it all. These freaking so-called pastors actually go to bed, or in their idle time, think up all this sh!t? And the STUPID congregation who goes along with the bs. That is so freaking disgusting.. Nasty sonahmehb*tch.