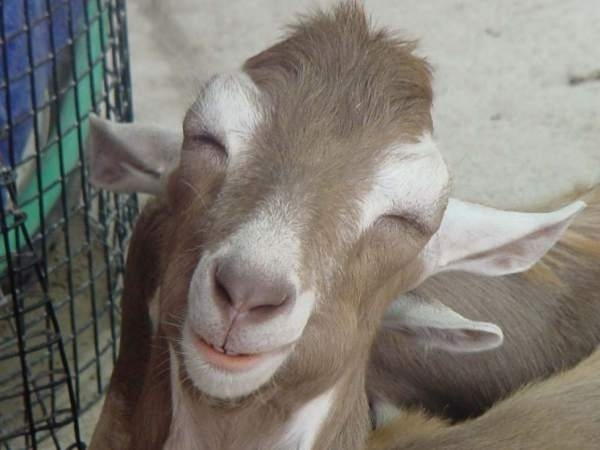 The young men, whose names and ages were not released, were caught in the act by police and arrested outside the rural town of Mbucuta in central Mozambique, the website of the state broadcaster said.

"One of the young men was naked and holding the goat's head, and the other was having sex with the animal," witness Mario Creva told Radio Mozambique.

The goat's owner may also file a civil suit against them, he said.

The owner was demanding the young men pay him damages and initiate a traditional wedding ceremony by paying "lobolo," a dowry, a family member told Radio Mozambique.

REMEMBER THIS STORY FROM 2008, IT HAS BEEN GOING ON ALL THE WHILE:

It seems there is a now a picture to the alleged goat 'rape' that was published back in April of this year.

Warning this pic may not be for everyone to see.

Caught in the Act!

Here is the orginal story.

The Williamsfield police in Manchester say they now have in their custody a man who they believe had sex with a pregnant goat.

The suspect was held after some items left at the scene of the molestation were identified as belonging to him. Reports reaching The Star are that the suspect's ratchet knife, cellular phone and keys were found at the scene in Belair district, near Bellefield, Manchester.

It is alleged that between 6 p.m. Sunday and 7:30 a.m. Monday, the pregnant goat was assaulted. The animal was found dead by the property owner. The 46-year-old man now in police custody could be charged with bestiality.

The police have so far summoned a veterinarian, who confirmed that the animal had been sexually molested. Following investigations and the discovery of the items at the scene, the suspect was taken into custody.

Several residents converged on the scene expressing shock about the incident. One resident who knew the suspect said: "I met it (the news) with a lot of shock. He usually fix ... and things like that, but I don't know him to do these sort of things."

Residents say the suspect was not known to have any mental illness.

What makes the case seem even more perverted is that residents also claim that the animal was found with its eyes dug out and its private parts swollen.

Sick bastard...he just lost the right to have a penis.

Since the beginning of TIME as we call it people were having sex with animals on the land and in the sea ..

Exodus 22:19
"Anyone who has sexual relations with an animal must certainly be put to death." (NLT)

Deuteronomy 27:21
'Cursed is anyone who has sexual intercourse with an animal.' And all the people will reply, 'Amen.' (NLT)

Barbruh you know you had sex wit goat alrady!!!!

people are having sex with animals now lawd what is dis

Comment by Bombahdrop on October 15, 2012 at 11:33am
Lmbo there you have it, Goat couldn't take it no more and killed himself with a plastic bag. The goat is finally at peace. Those people there are sick to fight for a human and an animal to get married, like howwill that improve matters concerning Beastiality. Smh