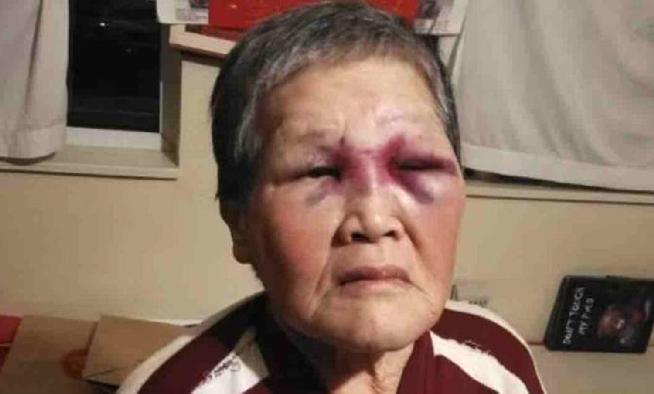 As we previously reported, Xiao Zhen Xi, 76, was just waiting at the traffic light on Market St. in San Francisco Wednesday when the suspect punched her by her left eye. Although she was caught off guard, immediately, she went into defense mode and hit the guy with a stick that she found.

The man behind the cruel crime, Steven Jenkins, 39, was booked on two counts of assault likely to produce great bodily injury, and two counts of elder abuse, the San Francisco Police Department said in a statement. Jenkins is also accused of attacking an 83-year-old Asian man on Wednesday morning in the Tenderloin District before being chased by a security guard on foot.

Xie was left with a bruised eye following the incident. Her daughter told KPIX that her mother is “Very traumatized, very scared and this eye is still bleeding.” Xie’s family has set up a GoFundMe account to help with her medical expenses and it has surpassed the $50K goal and is now at $626,389 as of Friday morning.