Oprah Winfrey reveals Gayle King has been on EVERY vacation she has taken with her partner Stedman Graham since 1993, saying: 'If Stedman didn't like her, Stedman wouldn't have lasted' 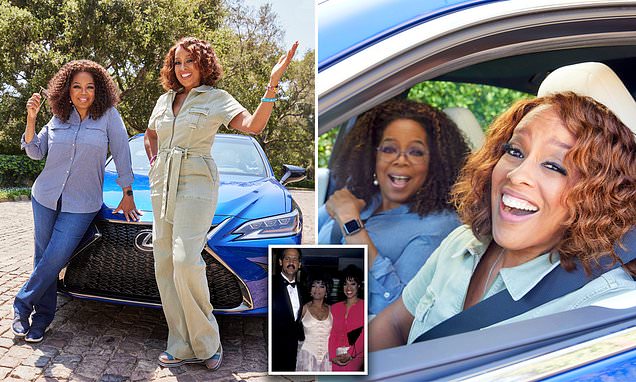 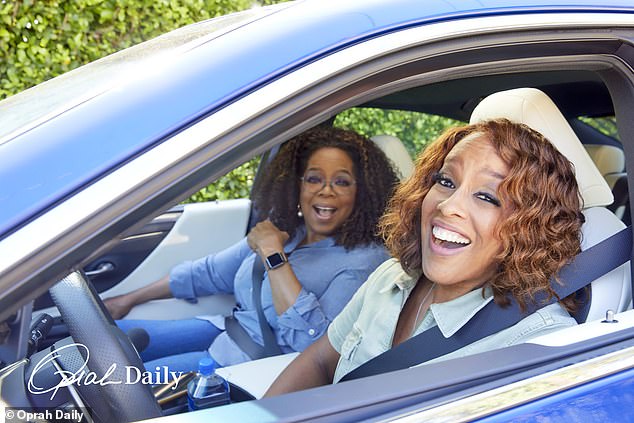 Besties: Oprah Winfrey, 67, and Gayle King, 66, reflected on their 45-year friendship while embarking on a road trip in their new Oprah Daily series The OG Chronicles: Joy Ride 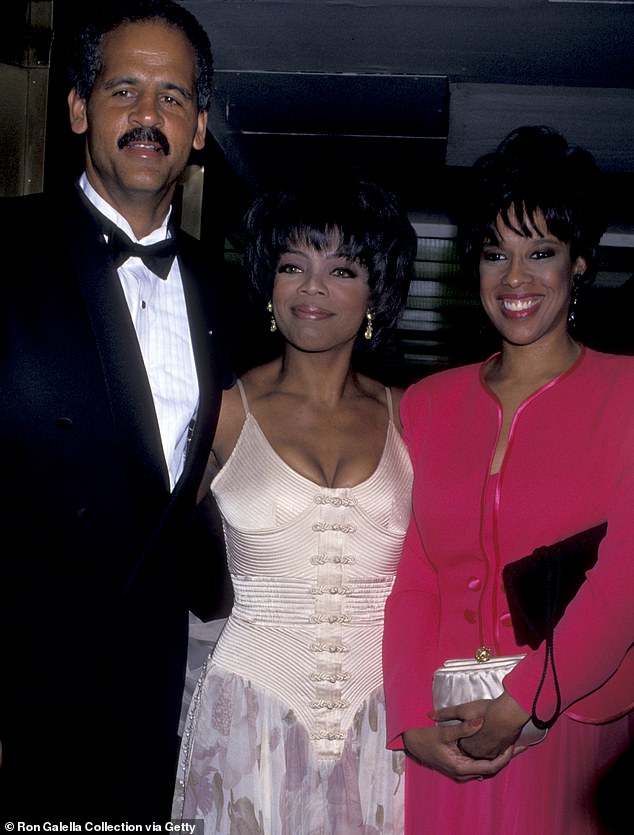 Close as can be: In the first episode, Oprah revealed that Gayle has been on every vacation she has taken with her partner Stedman Graham since 1993. They're pictured together in 1994

Gayle noted at the start of the episode that she was driving because Oprah doesn't like to do it, even though they did take shifts on their first road trip together.

The famous twosome passed the time by answering questions from fans, including one from an Oprah Daily Instagram follower who wanted to know if she should be bothered that her best friend of 27 years will take trips with her boyfriend but not with her.

'I don't know. That would bother me a little bit,' Gayle said, prompting Oprah to interject: 'Oh, you'd be bothered a lot.' 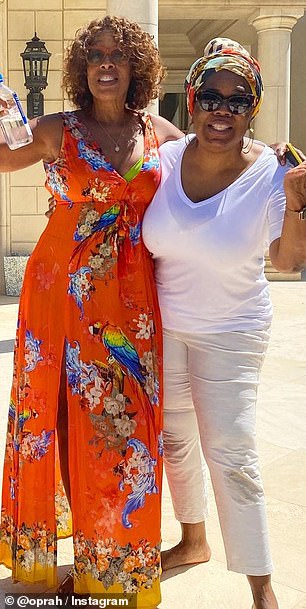 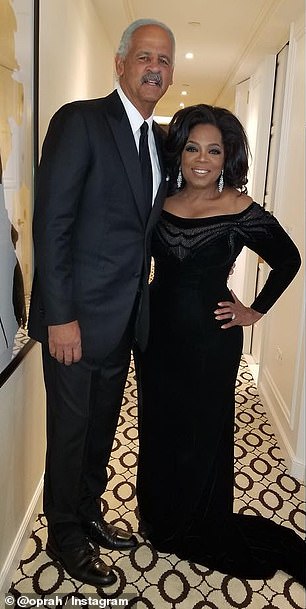 Keeping it real: Oprah insisted that she and Stedman 'wouldn't have lasted' if he didn't like Gayle, explaining 'husbands and boyfriends come and go,' but 'best friends last forever 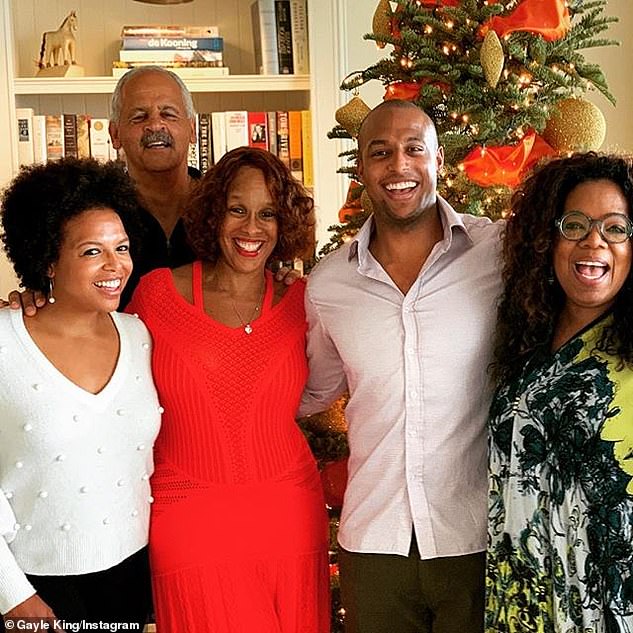 All together: Gayle, whose family often spends holidays with Oprah and Stedman, said she has never felt like a 'third wheel' with the couple

However, the media mogul noted that this has never been an issue in their decades-long friendship because Gayle has always been included on her trips.

'Since after your divorce, you were on every vacation with me and Stedman,' Oprah pointed out, which means they've been vacationing together for nearly 30 years.

Gayle shares two children, William and Kirby, with her ex-husband William Bumpus, whom she divorced in 1993 after 11 years of marriage. She and her children often spend holidays and vacations with Oprah, who is also Kirby's godmother.

'The three of us have had a wonderful time. If I was the third wheel, I didn't know it!' Gayle said. 'If Stedman didn't like me, that would've been tough.'

Oprah and Stedman were seven years into their relationship when Gayle got divorced, but she insisted they wouldn't have made it if he took issue with her best friend. 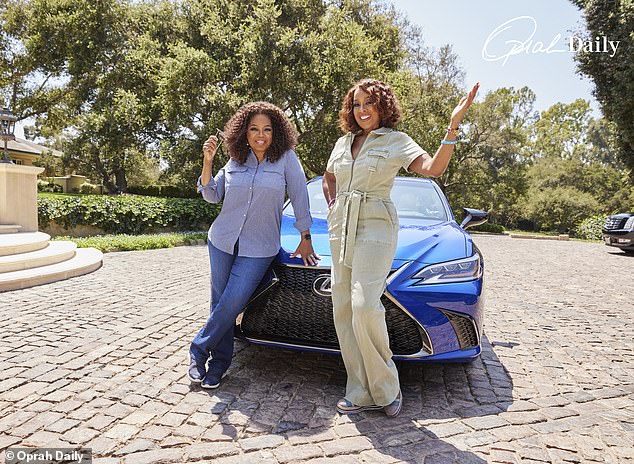 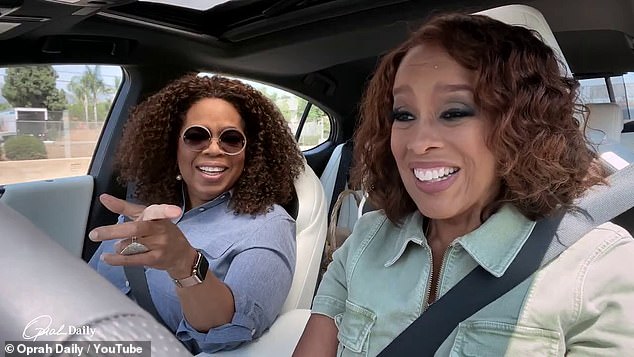 Honest: Oprah, who admitted that Gayle was behind the wheel because she doesn't like to drive, read questions from fans while they were on the road

'If Stedman didn't like you, Stedman wouldn't have lasted,' she said. 'Husbands and boyfriends come and go. Best friends last forever.'

They also fielded a question from another pair of famous best friends: Anderson Cooper and Andy Cohen.

Oprah pointed out that Anderson, 54, and Andy, 53, were set up on a date 20 years ago, and while there were no romantic feelings, they went on to become great friends.

'I can't imagine dating you either,' Gayle quipped to Oprah after hearing about how the CNN anchor and the Bravo host became longtime pals.

Cooper and Anderson admitted that they have had bouts of tension while traveling together on their tour 'An Intimate Evening With Anderson Cooper and Andy Cohen,' and they wanted to know how Oprah and Gayle move past their issues.

'There were always moments where Oprah seemed done with Gayle,' they noted. 'What is the moment that sticks in Oprah's mind where she was the most annoyed with Gayle?' 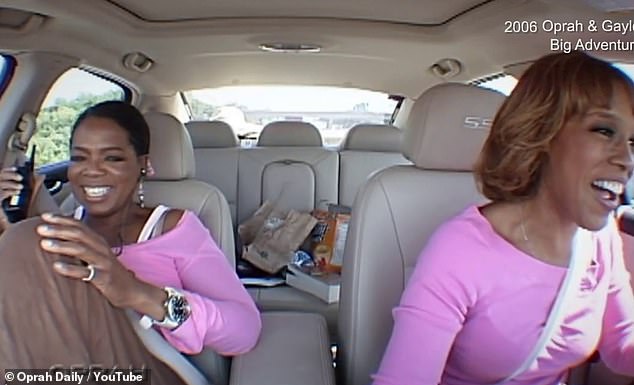 Looking back: The three-part series comes 15 years after the longtime pals took a cross-country road trip from Santa Barbara to New York City in 2006 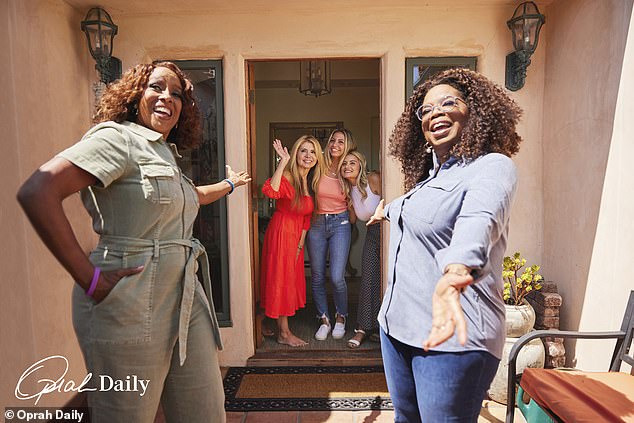 Surprise! On the first episode, they headed to visit Arlene Ramirez, a charter member of the Oprah Daily Insiders community who lives nearby in Santa Barbara

Oprah was quick to recall how Gayle's singing started to drive her crazy during the last leg of their 2006 road trip. She was so irritated she actually asked for a football helmet to muffle the noise.

'I'm not kidding. I would like a football helmet. I've got earplugs. I've got earphones. I'm going to put on plugs and a helmet. That's the only thing that can help me,' Oprah said while on the phone with security at the time.

However, no matter how irritated they have gotten with each other over the years, they have always remained friends.

The two explained the secret to their lasting friendship in a video posted to Oprah Daily in early July, saying they have never been jealous of each other.

'You need friends that are happy in their own lives so that they can actually be authentically happy for you,' she added.

Comment by vaughn mitchell on September 11, 2021 at 6:47pm
Gayle is married to white man, with the money and power she has, he doesn't care. Stedman is straight up Wuss, he mostly white to me anyway, straight up Yella. No backbone

Comment by vaughn mitchell on September 11, 2021 at 6:44pm
Stedman is a SIMP. Oprah, rule his sorry ass. If the Roles were reversed that black man would be all over the news, mad gay, jokes.

They waiting to make a big announcement, this will be the biggest ever for the lesbians community

For the longest these two have been lovers.  I don't know why they don't tell the world and get it over.  Steadman is a front.

That sounds like some lesbians s***, when will you make the announcement, come out that closet already