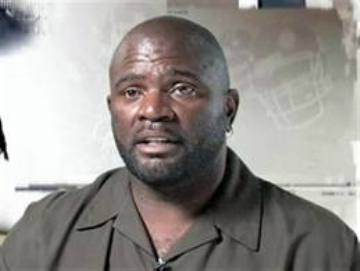 Former NFL star Lawrence Taylor pleaded guilty Thursday to sexual misconduct and patronizing a prostitute, misdemeanor charges that carry no jail time but require him to register as a sex offender.

The 51-year-old ex-linebacker, who led the New York Giants to Super Bowl titles in 1987 and 1991, will serve six years probation.

"She told me she was 19," Taylor, standing with his hands clasped behind him, said in court as he admitted having sex with a prostitute who turned out to be a 16-year-old Bronx runaway. Taylor said he now knows the girl was legally incapable of consent.

Taylor was arrested in May at a suburban hotel.

He previously had pleaded not guilty to third-degree rape, patronizing a prostitute, sexual abuse and endangering a child. He had been resisting a plea deal for months.

Prosecutors said in December he had been offered a six-month jail term and 10 years' probation in exchange for pleading guilty to a felony. Taylor would have had to register as a sex offender. Defense attorney Arthur Aidala had called that offer unacceptable but said he would listen to any other offers.

In a related case, federal prosecutors in Manhattan filed a complaint last year against a man who is accused of acting as the girl's pimp. Court papers in that case say Taylor admitted to sex acts with the girl but said he was told the girl was 19.

Ramapo police Chief Peter Brower said after Taylor's arrest that ignorance of a minor's age is not a defense to third-degree rape.

Sentencing is March 22. That same day, state Supreme Court Justice William Kelly will determine what level of sex offender status Taylor will have.

His lawyer said he would seek to have Taylor's probation transferred to Florida, where the former player now lives.

Comment by mary on January 24, 2011 at 12:35am
HOW IS HE A SEX OFFENDER WHEN HE SAID HE DIDNT KNOW HOW OLD SHE WAS? SOME OLDER WOMEN LOOK YOUNG , HE WAS JUST DESPERATE TO GET SOME AND HE WASNT ASKING QUESTIONS . THE LAW JUST LIKES TO ACCUSE AND BRING DOWN PEOPLE THAT HAD GOOD CAREERS .HE WAS GETTING WHAT HE PAID FOR EVEN THOUGH BEING WITH A PROSTITUTE IS ILLEGAL.

Set up or not-and yes it was obvious it was JUST THAT-but in plain economics LT had a demand and pimp daddy supplied that demand. LT wanted a piece of Pandora's Box and we all know what happens when the "Box" gets opened don't we? The responsibilty rested SOLELY with the 51-year old Hall of Fame linebacker whose talents helped redefine his position and rethink overall game plan strategy....he was outplayed by a smooth talking hustler better known as the girl's pimp. Period. He just got sacked by one of his weaknesses. Still,  LT's one of the greatest to put on the pads, can't change that.

Comment by deborah rollerson on January 14, 2011 at 7:15pm
@rassmass that is exactly what happened. That was a prostitute and her pimp hustling LT. when he started questioning the pimp the girl got scared and called the cops I believe.

Comment by Kim Wilson on January 14, 2011 at 7:14pm
My all time favorite football player and GIANT....reduced to a sex-offending midget....damn.....outside of R. Kelly, he had to know a baby when he confronts one---horny as a toad or not!!! As I have mentioned before, and with significant tone, just have a conversation and the cat will STAY in the bag!!! F**k Pandora! She is working with the po-po!!! Rasssssssssss...the P.O.P. strikes again.

Comment by Malcolm X on January 14, 2011 at 1:19pm
As the father of a 14 year old, I look at it like this. i don't care what the man's age is i don't want my daughter having sex. I don't care if the boy is ten years old I don't want my CHILD having sex. We're not talking about forcible rape here. We're talking about girls who are lacking the proper upbringing. YES the pedophiles are f***** up bastards, but the creator made young girls attractive so that the species could survive. I social values teach us that it's wrong. But most normal men will look at a young girl and know that its wrong even though they may look good.

And by the way, most young girls no matter how fat their ass is still look young. I hear brothers talk about they don't ;look young, thats bullshit. You just aint looking hard enough.

i remembber one time in the post offfice i was on lione with my daughter and this guy was checking her out. So I asked my daughter if she wanted to go to toy are us when we leave she said yes and could she get a barbie doll. you should have seen the look on his face then.

There are no winners in this tragedy.

Comment by Tessan Allen on January 14, 2011 at 10:17am
He left his wife at home to go buy p**** from a little girl, I guess anywhere he could get it he would go and get it and from anyone too, serve him right, hope he love his new title "Sex Offender".

Comment by rassmass on January 14, 2011 at 7:36am
the pimp set this whole thing up with the child and the celeb and the police how the know what hotel to go get him committing the crime and all that  black people please stop the evil

Comment by Chozen on January 13, 2011 at 10:48pm
You have to ID these fast ass little girls out here, they all look grown these days.