Oh Lawd He Did What? Hollywood Madam Claims Tiger Woods Coughed Up $60K For 3-Ways With Hookers.Lawyers Block Attempts To Publish His Nude Pics. 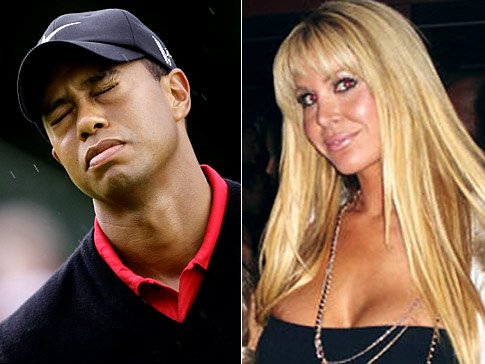 Tiger Woods was into threesomes and shelled out more than $60,000 to cat around with high-priced hookers, a Hollywood madam claimed Thursday.

"One of his favorites was Loredana Jolie," Michelle Braun told the Daily News, describing the gorgeous blond as a Playboy model from Sicily who's been living in New York since age 14.

Woods "had a pretty big appetite for women" added Braun, as the world famous athlete's list of extramarital "transgressions" continues to grow.

"He was rarely with just one girl. He usually wanted more. He liked three-ways," she said. 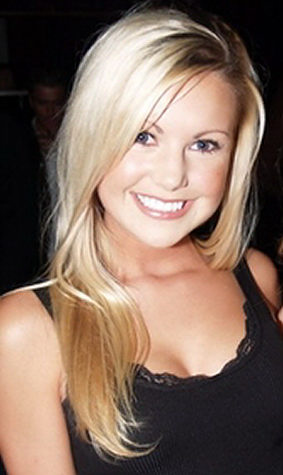 Braun contended Woods would drop $30,000 to $40,000 a weekend for his liaisons and that he met up with the women in cities where he was playing tournaments.

"He could go for days," she said. "He'd pay a flat rate for an evening, but an evening would usually be extended. The girls would talk about his stamina."

The girls all thought Woods was a "real gentleman" and a good lover, Braun added.

"He'd shower them with gifts, he was very polite and he was amazing in bed ... very sensual and well-endowed." Woods and most of her celebrity clients always were "smart enough" to pay in cash, Braun said, adding the golf star, in particular, "liked to communicate by text message."

"Most of the girls understood it was a business relationship," Braun said. "I've never known a girl to fall in love with a client. I've seen them develop relationships with men who were available. But Tiger made it clear this was a good time and his wife would always be in the picture."

Jungers, 26, who has said she was in love with Woods, also is going public about their hot-sheets affair, boasting that their secret sex life was GRREAT!

Jungers, who is scheduled to appear this morning on NBC's "Today" show on "Dateline" tonight, refutes the claim that Woods paid her for sex, swearing, "I have nothing to do with prostitution."

While she says she feels sorry for his wife, Elin Nordengren, and their children, she has no misgivings about bedding Woods.

"I'm certainly not gonna say that it was wrong," Jungers mused. "I don't believe I owe her an apology."

She insists she hopes Woods and his wife work things out. If not, she says, "There'll always be a place in my heart for Tiger."

As Jungers' confession was set to roll, Woods' lawyers went to court Thursday to block British papers from publishing photographs of his "naked parts" or sexcapades.

His London lawyers said the order issued by the High Court was in no way an admission that X-rated snaps even exist.

"Our client is not aware of any images," the lawyers said in a letter obtained by the gossip Web site TMZ. "And in any event he would not have consented to any such photographs being taken."

It's unclear if Tiger's camp is trying to obtain a similar order against Playgirl, which said this week it has pictures that purportedly show the golfer in the buff.

A new mistress - one not previously identified - has hired celebrity lawyer Gloria Allred, Radaronline reported. Allred already represents Rachel Uchitel, 34, the New York party girl who was first linked to Woods and has denied sleeping with him.

Golf great Jack Nicklaus predicted the scandal would die down soon. "Our public is pretty forgiving at times," he said, calling Woods a "great athlete."

Though "devastated" by the breadth of Tiger's cheating, Nordegren isn't packing her bags and fleeing with their two kids, People magazine reported.