Offset Opens Up About the Estranged Relationship with His Father, and Harrowing Car Accident

There's some EXPLOSIVE new beef in hip hop - and it appears to have already led to a violent altercation between two of hip hop's biggest stars - Offset and Lil Baby.

MTO News is hearing a growing chorus of rumors, all saying that Offset of the Migos has beef with rap sensation Lil Baby. And according to multiple social media reports, Lil Baby's crew "jumped" Offset two nights ago in Atlanta.

The popular Instagram blog On Site is reporting that Lil Baby's crew ran down on Offset with guns. They reportedly beat Cardi's husband and robbed him. Then the goons allegedly stripped Offset of his clothes - and left him in just his underwear.

The incident allegedly occurred outside of the popular Atlanta nightspot Compound.

While MTO News can not independently corroborate this report, we can confirm that Offset and Lil Baby are NO LONGER following each other on social media. So there appears to be some tension between the two top rappers.

Here's what they're reporting:

The incident allegedly went down when Offset was previewing new music then got into it with members of 4PF, at which time they allegedly jumped him.

And they had receipts. Here are reports from some of the site's "sources"

Migos rapper Offset opened up to Ellen about his harrowing car accident, and how his estranged relationship with his father affected his own parenting style to four kids. 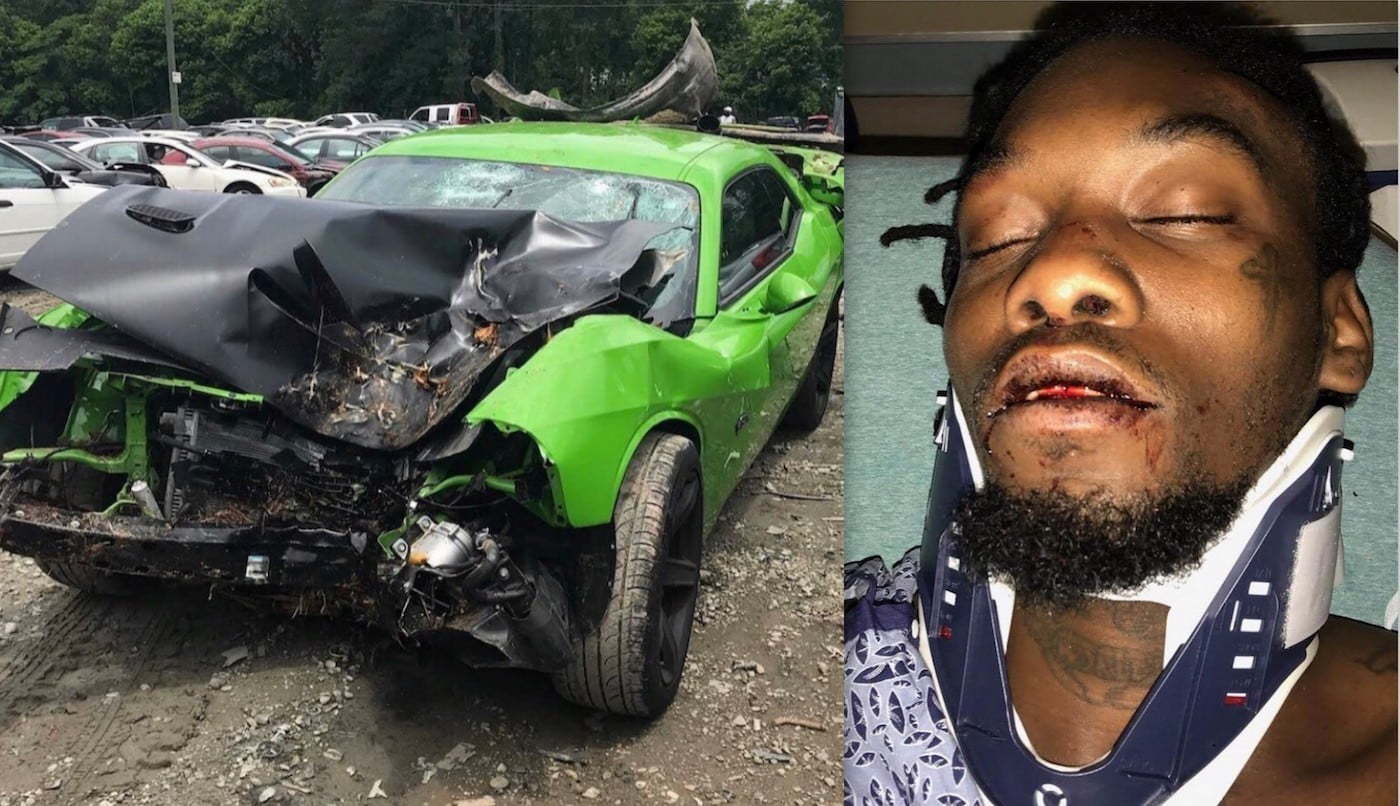 Offset car crash was serious enough that it almost claim his life.
The Migos rapper posted a bunch of photos of himself and his mangled Dodge Challenger muscle car on Instagram on Saturday. Offset is now out of the hospital but his injuries were serious enough that it left him pretty shaken up. The rapper says he is thankful to God for sparing his life in an accident that could’ve ended badly for him.
“This is why I thank God Every day I could have been dead from this accident thank you all for you prayers all I can say is (God is real get with him ) He saves lives,” Offset wrote on Instagram.

The Atlanta rapper didn’t divulge any details about the crash, but the images of his injuries and his totaled car paints a vivid picture of what happened on Wednesday night when he ran off the road and hit a pole head-on.

On Friday, Offset posted a video of himself in the studio working on some new music with bandages on his hand. We’re told that he suffered a sprained wrist and a possible head concussion. One of the photos he shared show him bleeding from his mouth which backs up that reporting.

Offset has been getting an outpouring of support from his fans and his celebrity peers since news of the car crash “Damn we almost lost the best rapper in the game and ni**as ain’t even know. Speedy recovery to Offset of House Migos,” one fan wrote while another added, “We could’ve easily lost offset and we don’t even realize it man. Give thanks for life and loved ones wish our brother a speedy 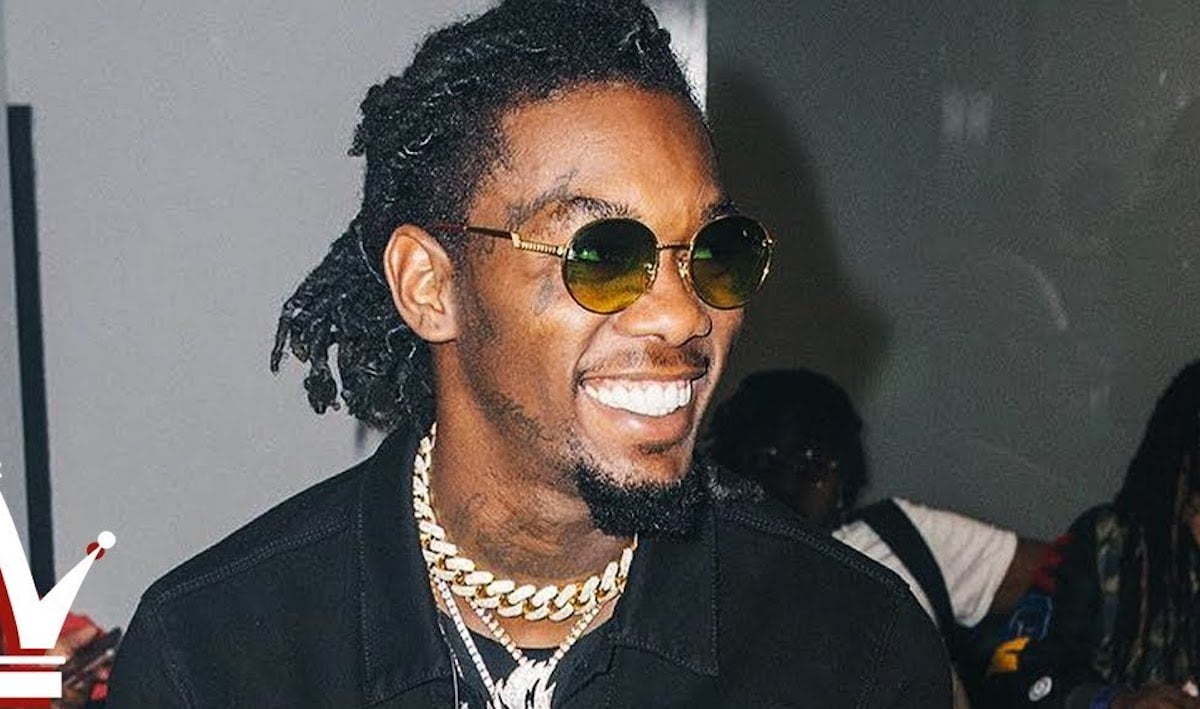 Offset was rushed to an Atlanta hospital last night after being involved in a serious car crash.

The story is still a bit sketchy, however, Offset is in stable condition at Grady Memorial Hospital and Cardi B is by his side. The Migos rapper was driving his Dodge Challenger muscle car on Wednesday when the accident took place. Folks on social media say the rapper was speeding and lost control of the vehicle which crashed into a pole.
One person, who say they saw the crash, tweeted that another vehicle transported Offset to the hospital. TMZ reported that no cops or emergency personnel were called to the crash scene. But the below photo shows his car being transported from the scene by a wrecker. His injuries are believed to be non-life-threatening but he remains in the hospital for further observations, sources said. 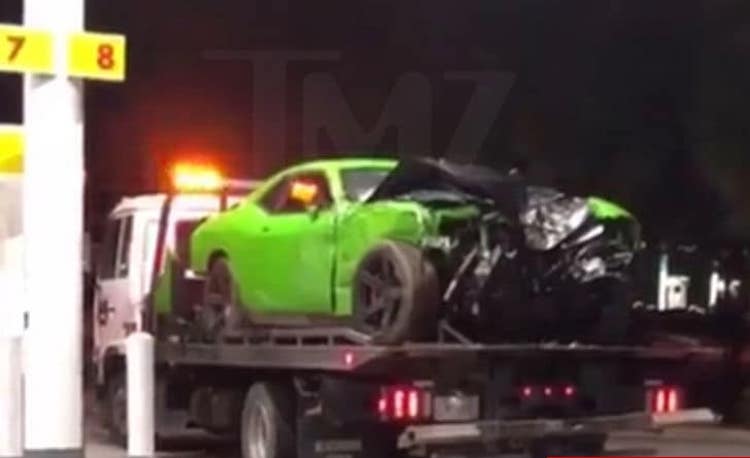 Sounds like Offset is pretty banged up from the crash but he will be okay. After all, Cardi B is due to give birth to their son next month and she can’t handle any more stress. The Migos rapper has a new video out with Tyga called “Taste” and you can now watch it on Vevo.

These idiots will never learn.  They think loosing their lives in a stupid way is a badge of honor.

Comment by vaughn mitchell on March 7, 2020 at 12:24pm
Here we go, these dumb negroes did not learn from Biggie n Tupac