NYPD Suspects One Of Its Own Is Moonlighting As A Pimp!! 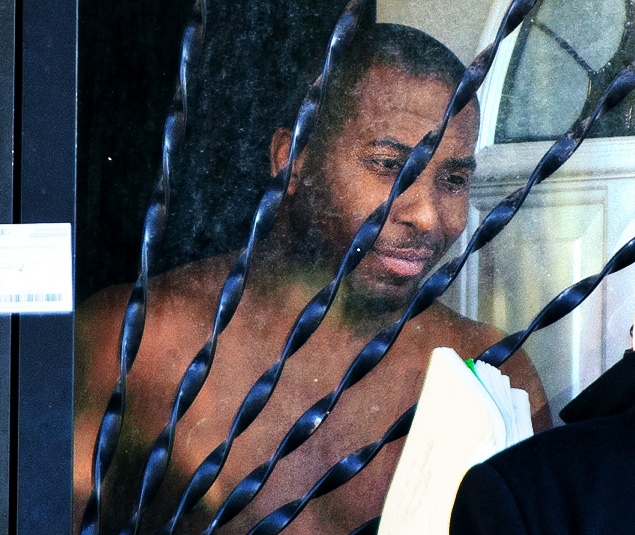 NYPD Internal Affairs investigators amassed wiretap and surveillance evidence against a seven-year veteran cop suspected of moonlighting as a pimp, the Daily News has learned.

In a conversation with a suspected pimp, Green admitted having sex with a hooker and said he wanted to pimp the woman out, the report says.

Despite the probe, which dates back to 2009, the married cop has stayed on the force.

He hasn’t been criminally charged, but the NYPD is going after his job.

“It was presented to the Brooklyn district attorney’s office for prosecution,” said Deputy Inspector Kim Royster, an NYPD spokeswoman. “The DA said there wasn’t enough evidence.”

Law enforcement sources said the suspected prostitutes were intimidated and refused to cooperate with prosecutors. The Sex Trafficking Unit of the Brooklyn district attorney’s office was investigating the case at the time, two sources said.

“We are now moving toward filing departmental charges against the officer, and our plan is to terminate him,” Royster said.

The 30-year-old cop, in a brief interview at his two-family home on a tree-lined Flatlands street this week, professed his innocence in the prostitution probe.

“That’s not me,” a shirtless Green told The News. “I don’t know anything about that.”

The case began in July 2009, when the officer’s name came up in a wiretapped phone call involving Andre Dickenson — later charged with a double murder inside the Long Island condo of ex-Jets star Jonathan Vilma.

Green was soon the target of his own wiretaps, including one that captured his conversations with Jason “China” Marshalleck, a man police described as a pimp, the Internal Affairs report indicates.

One month after the Green probe began, Marshalleck and his pregnant girlfriend were arrested in a Queens gun case. Marshalleck identified Green, a cop from the 73rd Precinct, as a “good guy” who could help out with traffic tickets.

But his girlfriend, then 20, told cops that she believed the man she knew as “Monty” was supposed to receive the seven firearms.

The NYPD set up a sting operation against Green at a hotel, according to the Internal Affairs report. He “agreed to bring strippers to the location, but failed to show up at the last minute,” the report says.

Green was placed on modified duty in December 2009 over an unrelated menacing case involving an unidentified woman, sources said. He remains in the police Fleet Services Division.

The Internal Affairs report shows Green has been the subject of nine department investigations. He’s been accused since 2007 of associating with criminals, menacing and official misconduct. The reports shows all but two were either unsubstantiated or had “no disposition.”

The report also shows he’s been the focus of two Civilian Complaint Review Board cases. The dispositions of those complaints were not available.

Did he have to open the door without a shirt on? Doesn't help him in this case. I'm Just Saying :-)

Comment by www.jaxsprats.com on January 13, 2012 at 5:11pm
He's not the first nor the last. The most corrupt police officers are the high ranking ones, such as former NYPD Police Commissioner Bernard Kerik.

Guess they aren't paying all that well for him to get a second job!  LOL!