NYPD cop, 40, overdosed on fentanyl and died in precinct locker room after buying drug across the street from station house 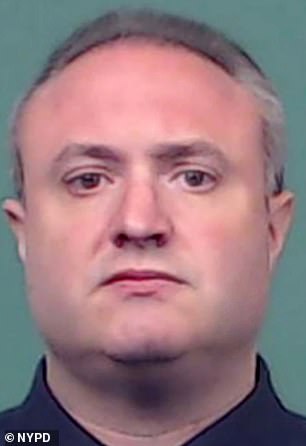 A Bronx police sergeant was found dead while on-duty last month died from a fentanyl overdose, and was seen on surveillance video buying the drug just across the street from the precinct station house.

Sgt. Ryan Kenny, 40, an 19-year NYPD veteran, was discovered unconscious just after midnight on August 14 in a third-story locker room inside of the 50th Precinct building on Kingsbridge Avenue, the New York Post reported.

EMS rushed Kenny to nearby Allen Pavilion Hospital, where he was pronounced dead, sources told the outlet.

While NYPD Chief Rodney Harrison initially tweeted that Kenny had died from a 'possible heart attack,' the Post says multiple police sources confirmed Wednesday that the cause was in fact a fentanyl overdose.

'On Saturday, Sergeant Ryan Kenny tragically passed away. Today, NYPD members joined his grieving family to give their final salute to their brother in blue,' an August 19 tweet from the department read alongside a photo of officers carrying Kenny's casket. 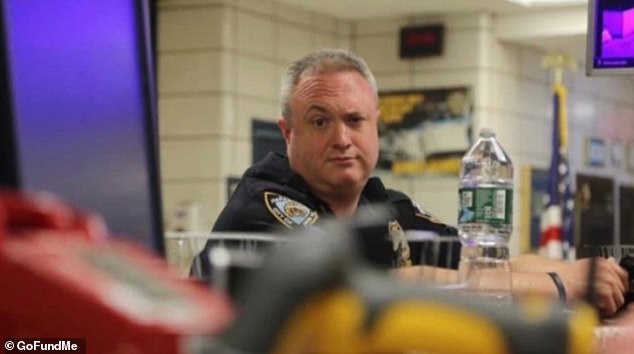 Pictured: Sgt. Ryan Kenny, 40, was discovered unconscious just after midnight on August 14 in a third-story locker room inside of the 50th Precinct building

'We’ll #NeverForget his years of service to all New Yorkers,'

A probe into Kenny's death revealed video footage of the police sergeant buying the drug just outside of his Kingsbridge precinct station house, a high-ranking department source told the outlet.

The Post states that the source also revealed Kenny had received an injury several years ago when working at a different precinct in Queens, before adding that he could have became addicted to the deadly drug through prescription painkillers.

A GoFundMe organized on his family's behalf has already raised over $32,000 as of Thursday morning.

'He was also a beloved husband, father, and son. He worked tirelessly for his cops, always making sure they were well taken care of and prepared for the tasks ahead of them,' the organizer wrote of the father of 11-year-old triplets. 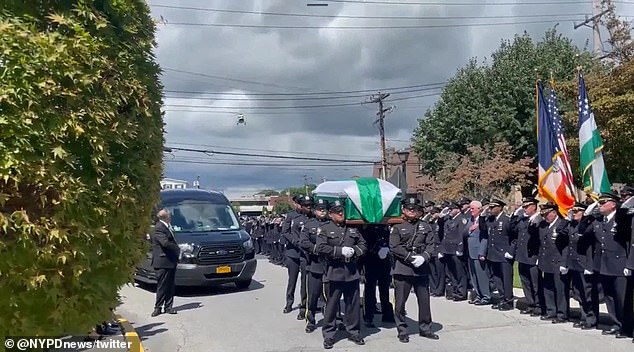 Fellow officers carry Sgt. Kenny's casket following the 19-year NYPD veteran's death. The department initially believed the cause of death to be a heart attack

'He was a man known for his humorous character that left all who encountered him with endless stories of the man he was.'

'Unfortunately, Sergeant Kenny died unexpectedly in the 50th Precinct during his tour.'

'He leaves behind a beautiful wife, Laura, and 3 very strong independent triplets age 11, Charlie, Liam, and Alice. We are asking for donations of all amounts to help his family through this difficult time. Thank you and God Bless,' the fundraiser description read.

It was unclear when he had bought the drugs that killed him.

An NYPD spokesperson said the 'matter was under internal review.'

They either gay or drug addicts, what good are they? More of them should die in the locker room, a bunch of cops running around yet crime is on the rise more than ever in the community, damn disgrace