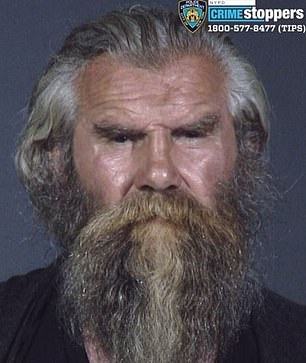 New York police have arrested a man after he allegedly groped an off-duty traffic officer on board a crowded subway train.

Giann Verdelli, 67, was taken into custody Friday morning over the incident which is said to have occurred on a Manhattan-bound service shortly before 9 am on Wednesday.

The NYPD say Verdelli reached under a 37-year-old woman’s dress and touched her her genitals.

He quickly fled when the train arrived at the next station, but the distressed victim still managed to snap a picture of her alleged assailant. 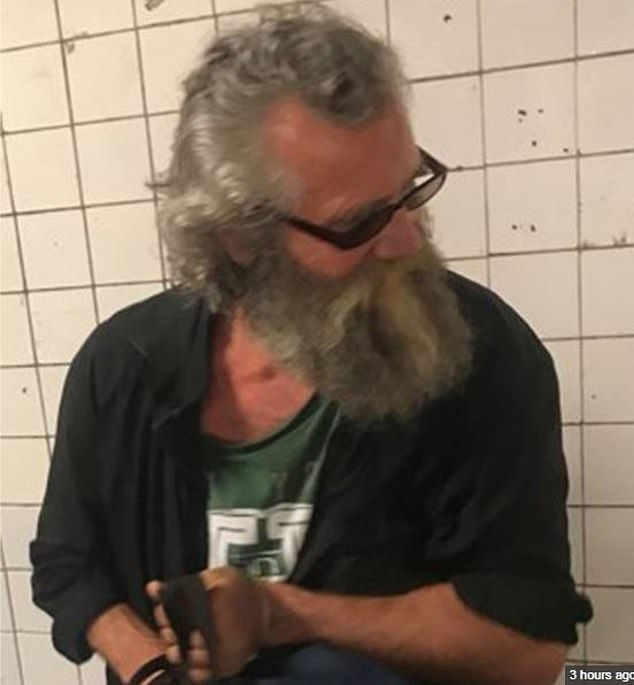 Giann Verdelli, 67, has been arrested after he reportedly groped a woman inside a New York subway car on Wednesday morning. He is pictured in a cell phone photo taken by his alleged victim

She shared the image with police, who quickly identified the man as Verdelli - a convicted pervert with a history of groping woman on New York subways.

The NYPD would not confirm that number, but told DailyMail.com that he has clocked up more than 30 arrests.

Verdelli has only been out on parole since May 1, after serving nine months in jail for sexual abusing a commuter on a subway train in August 2017.

Verdelli is a convicted pervert with a history of groping woman on New York subways. He is pictured in a mug shot taken several years ago

Verdelli was arrested in 2012 for molesting two women on board a PATH train heading into Manhattan.

He was charged with two counts of criminal sexual contact.

The previous year, Verdelli was convicted of forcibly touching a woman in New York.

He was sentenced to 200 days in a local prison for the offense.

Authorities told NewJersey.com back in 2012 that a majority of Verdelli's arrests were related to petty crimes, including trespassing and possession of marijuana.

As of early Friday afternoon, Verdelli has not been formally charged in relation to Wednesday's purported incident. 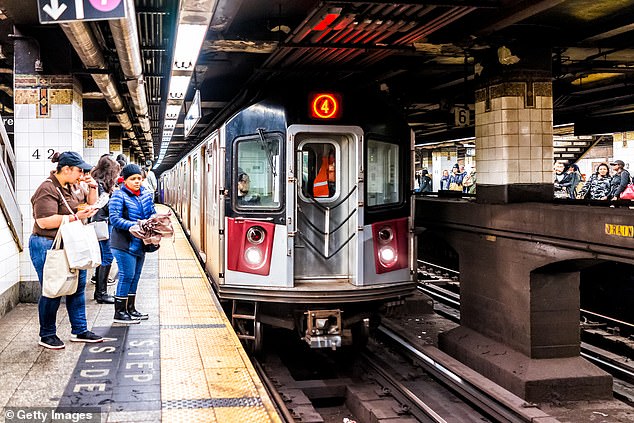 He has to keep the crime machine in business, this is what keeps white society going, they were criminals that fled Europe and brought jails and insane asylums with them, they feed off evil, a death culture where Satan is their God, and they even brag about it and love their icons of evil like Crowley, Anton Lavey, Michael Aquino who is the Satanist who rules the western world.

Comment by E Peters on June 29, 2019 at 3:24pm
Meanwhile just on a whim they arrested Cuba Gooding Jr. Wonder why this guy kept getting released.