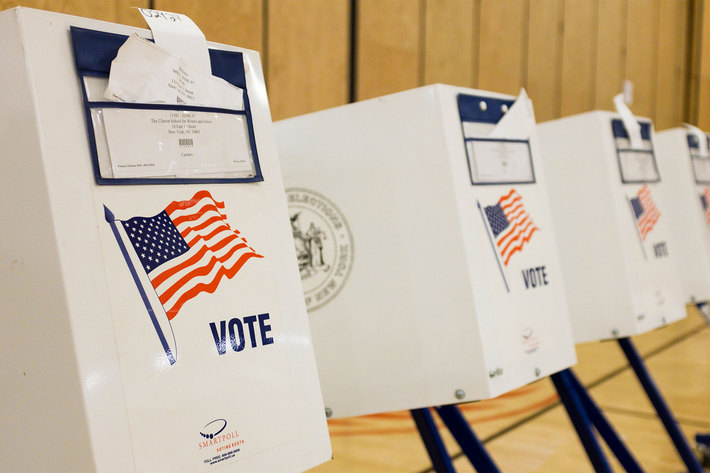 New York City is proudly home to millions of working, taxpaying immigrants, yet those who are not U.S. citizens have no power at the ballot box to determine who represents them. The Council passed historic legislation yesterday that would extend voting rights to certain non-citizen New Yorkers in municipal elections. Eligible non-citizen New Yorkers now have the right to vote in local elections.

Int. No. 1867, sponsored by Council Member Ydanis Rodriguez, will give certain non-United States citizens living in New York City the right to vote in local elections. A person will be entitled to vote under this bill if they (i) are either a lawful permanent resident or authorized to work in the United States, (ii) have been a resident of New York City for at least 30 consecutive days, and (iii) meet all the qualifications for registering to vote under the Election Law other than U.S. citizenship. Any person who satisfies these criteria will be eligible to register as a “municipal voter” with the NYC Board of Elections. Once registered, they will be entitled to vote in any primary, special, general, or run-off election for Mayor, Comptroller, Public Advocate, Borough President, or Council Member, and on any local ballot initiative. The bill does not authorize municipal voters to vote in any state or federal elections.

“In one of the most diverse cities in the world, we need to ensure that there is adequate representation for all New Yorkers. That starts by expanding the scope of who is allowed to vote in our local elections,” said Council Member Ydanis Rodriguez. “Immigrants in New York City own over half of the local businesses and contribute over $190 billion dollars to the citywide GDP. During the height of the pandemic, it was our immigrant New Yorkers who kept New York City running. Over half of our front-line essential workers are immigrants and approximately 1 in 5 are non-citizens New Yorkers. They have all earned the right to participate in our city elections. I want to thank Speaker Johnson, my colleagues at the council, The New York Immigration Coalition, United Neighborhood Houses, and the Our City, Our Vote coalition for their support and for getting us to this point. Today, we are writing a new chapter in our city’s history. One that will finally include the voices of all immigrant New Yorkers who hold green cards, working authorizations, DACA, or TPS.”

The bill will create an advisory group to provide recommendations regarding the implementation of this new system of municipal voting. The committee will be chaired by the Public Advocate, and will include two members appointed by the Mayor, and two members appointed by the Speaker. The advisory group will be required to meet at least twice per year and publish a report annually.

Comment by mr1stroke on December 15, 2021 at 9:02am
Community are changing but the constitution remain, so the democrats violate people of New York because those who lives in NY are uneducated when it comes to politics, just like they did with gun laws. If the people in NY can vote for Andrew Cuomo 4 times, what does that tell you?

I am so appalled by this BS, The value of being a citizen of America has been de-valued. Yes, the United States is a very diverse country, not just NYC and all are represented if you are a citizen. Non - Citizens have to earn the right to be afforded the same as citizens. This is a power grab because communities are changing and the members of the NYC Council can not move forward with their political careers if they did not include Non-Citizens the right to vote, because they have to appeal to all, not just the people that look like them.  I am so angry that the city council has passed this. I will fight to my death to get this legislation removed.  This is not legal. How dre you dismiss American Citizens.

It's these Democrat governors, mayors, congressmen and senators that are doing this!  This is exactly why I turned away from the Democrat party and chose the Republican party because Democrats would rather look out for immigrants than the people who are already born here.

Joe Biden got the nerve to say if you're not Democrat, you're not black.  Well I guess I'm not black then because I vote Republican all the way!

I bet I can't go into another country and vote.

Comment by mr1stroke on December 13, 2021 at 8:21pm
Right before the 2022 midterm election, negros are the only one who cannot see how evil democrats are, its all about power and control, they dont give a damn about black people, once they get the illegals to vote in general election they will turn away from blacks, the hell with all that police reform talk, something you never get

Comment by Thomas Nesbitt on December 13, 2021 at 7:58pm
It’s things like this that shows that this government has no respect for Black Americans. Immigrants have come into this country and get anything they want from these governors, mayors, congressmen and senators. They come here able to get houses, cars, and start businesses with no questions asked. Now they can vote??? I can’t go into any of the immigrants’ country’s and this country and even have a say in life without being lynched or arrested.

Comment by vaughn mitchell on December 12, 2021 at 2:55pm
That is stupid and dumb. People have to earn it, they have not earn anything. Black at one point could not vote, now non citizens get it free. Smh.