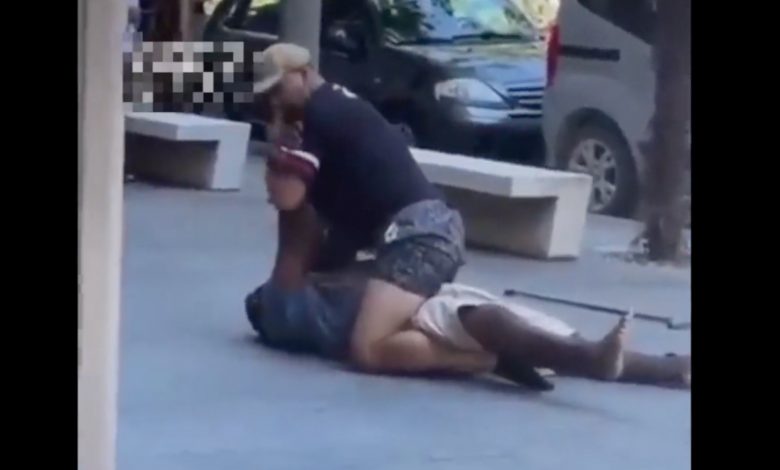 Reports state that Ogorchukwu, who was forced to use a crutch after a 2021 accident, approached Ferlazzo and his girlfriend to sell trinkets and ask for change. After Ferlazzo refused, Ogorchukwu walked away but was followed and knocked down by Ferlazzo.

According to a statement given to The Associated Press by Daniel Amanza, who runs the ACSIM association for immigrants in the Marche region’s Macerata province, Ferlazzo was enraged because Ogorchukwu had called his girlfriend beautiful. 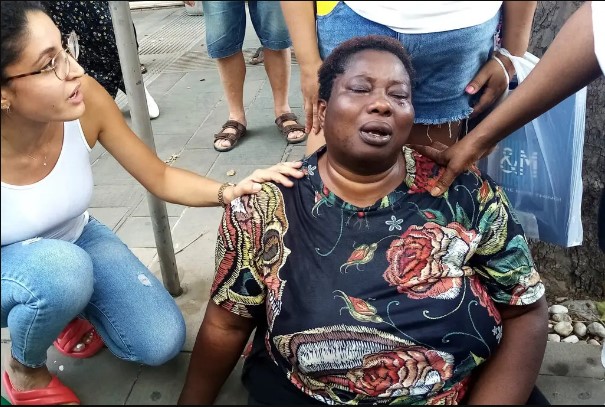 
Ferlazzo was later arrested and charged with homicide as well as robbery because he took Ogorchukwu’s cell phone after the murder. According to Ferlazzo’s attorney, he suffers from “overt psychiatric disorders, a recognized borderline diagnosis.”

It is reported that investigators do not believe that the murder was racially motivated, but the assault, which was videotaped by bystanders and released on social media, has sparked outrage in the Italian town and reignited debate about racism across Italy.

Watch the eye-witness footage below.

Just like the Jamaican who went hunting with his white co-workers and they shot him down like an animal, he thought white people loved him, I never had a white friend, don't vibe with them, work on the job with them and they are all the same. This took place here in AmeriKKKa where another fool called a white boys girl beautiful and he shot him down dead. Fools never learn, whites will kill you and sleep well at night and laugh about it, Guess Darwinism kicks in when the weak sheep are prey to the beast.

I find it quite amazing when a white person kills a black person how they immediately go to his/her mental disabilities.  Very convenient.  He was just a racist piece of sh*t, simple.

I don't think I will ever live a day to like white people, I hated those people from the time I was born, I do the same thing they do, I do business with them and pretend to like them as I walk away and wish they were dead, those are some hateful people and they pass their plague to others like the Hispanics people, they are more racist against black people than any white person, the only reason why negros don't call them out its because they also try to be accepted by Hispanics, niggers embrace their own pain.

Well as much as I would like to feel sorry for his family I have to say don't feel the pain now, don't cry and ask why when negros tolerate and support racism on evey day basis. You tolerate these people and say they are not racist, you make your self comfortable around them, but when they are having problem or stress their first target is a black person, they feel good they take the stress out og someone they do not consider human, some of them even brag about their actions to their friends and family, the sad part those they brag to have seen nothing wrong with it.

All those people consider their selves white and hate black people, any one who is not black are racist toward black people, if negros hate each other so much what makes you think others are going to love you. As soon as you classify white people of the hate group that they are you will see a change, until then the pain is one day away from any one who trust white people, may he rest in peace I cannot bring him back, let God give him justice, this one is out of my hands or pur hands as he may not be convicted so let see what will happen.