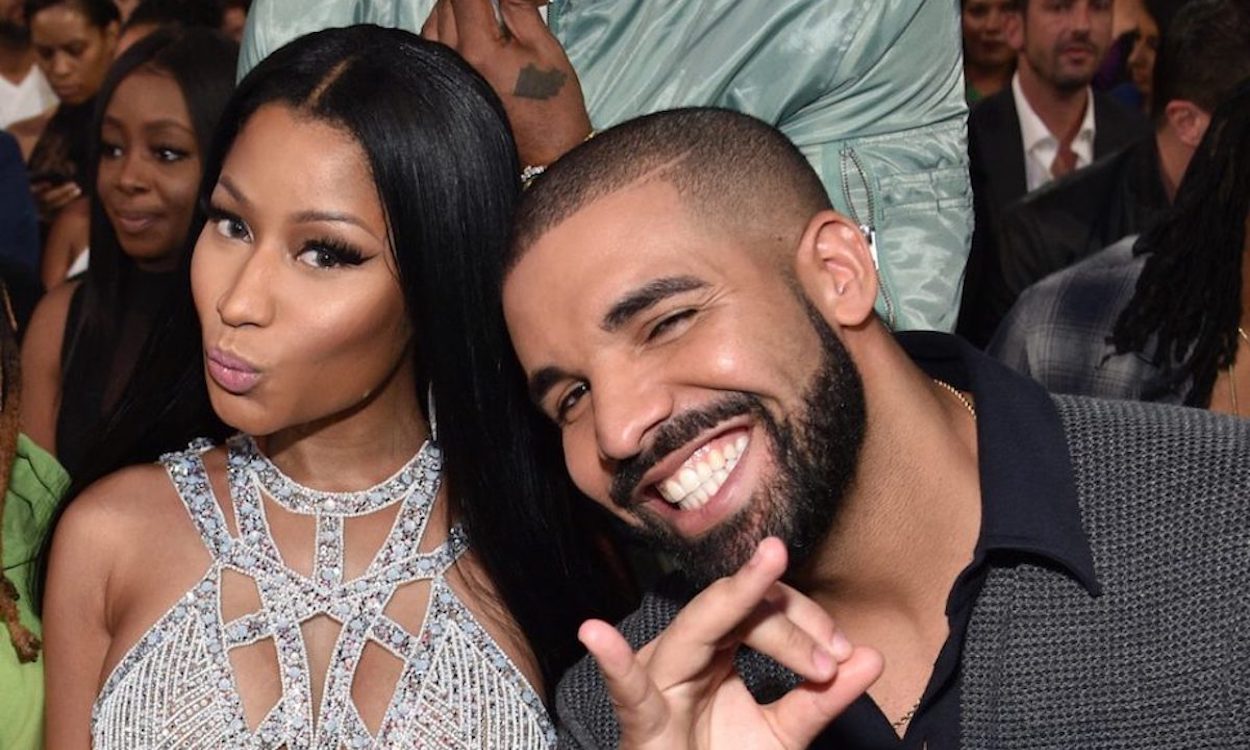 Nicki Minaj is congratulating Drake on his achievements after the former labelmates rekindle their longtime friendship.

The relationship between Drake and Nicki Minaj started out inseparable, but along the way, the two had multiple falling outs. The Young Money artists may have never lost respect and love for each other over the years, but they certainly lost touch a few times. Back in 2015, when Drake and Nicki’s then-boyfriend Meek Mill were beefing, Nicki was forced into an uncomfortable position where she had to choose to be in Switzerland.

The Pinkprint rapper was vocal about how upset the feud made her and how badly she wanted it to end, especially since she was often in the middle of it. “They’re men, grown-ass men. It’s between them,” she told the New York Times in 2015. “It doesn’t make me feel good. You don’t ever want to choose sides between people you love. It’s ridiculous. I just want it to be over.” While the beef that spawned unforgettable diss tracks like “Back To Back” put a strain on Nicki and Drake’s relationship for quite some time, they later reconciled.

In 2017 while he was on stage at the Billboard Music Awards, Drake told Nicki Minaj how happy he was that they made up and said he couldn’t see it any other way. That was the year the powerful Young Money trio reunited on Nicki’s track “No Frauds” when she was beefing with Remy Ma. Nicki has spoken out before about how Drake is “always mad at [her] for something,” as it seems to be the dynamic between them. That statement may have prepared some fans for the next time they seemed to become estranged after a hate campaign that was perpetuated against Nicki Minaj saw Drake remain tight-lipped for years and never once defended his Young Money day one.

In December 2018, Drake and Nicki unfollowed each other on Instagram, which sparked rumors that they weren’t friends – again. This followed Drizzy going on his own campaign to make up with people he previously had beef with, which happened to include Minaj’s ex, Meek Mill. He ended up collaborating with Meek on the track “Going Bad” for the Philadelphia rapper’s Championships album in 2018. The following year, they released a music video for the song, and Nicki remixed it, calling out “old boy” and her “brother” for trying to end her.

Alas, Nicki and Drake did eventually reconcile once again, and fans only hope it’s for good this time. Nicki announced her intentions to retire from music in September 2019, but she re-emerged in 2020, earning two No. 1s on the Billboard Hot 100 chart that year in close succession. She soon went into hibernation again after giving birth to her first son, who she calls “Papa Bear.” When Nicki resurfaced with a surprise drop earlier this month, she took to Instagram Live to announce to fans and was joined by none other than Drake.

The two expressed a mutual love and respect for each other, and Nicki lauded Drake for being the G.O.A.T. and says he single-handedly got her out of her writer’s block. Drizzy also sent Nicki the track that has become the biggest off of the Beam Me Up Scotty re-release, “Seeing Green,” which features Drake himself and Lil Wayne. Drake said it didn’t feel right with Nicki not being on the song and that it’s more epic that way. “It’s just your world, nobody does this sh*t better than you,” Drake told Nicki. “When you’re gone I’m not gonna lie we really miss you and we really miss your presence, we miss the bars and we miss the excitement that you bring.”

Drake was honored with the Artist of the Decade Award at the Billboard Music Awards this year, and Nicki was quick to congratulate him on Instagram on the day of the show. “Single handedly changed music & the music business forever. Congratulations @champagnepapi,” she wrote on her Instagram Story. 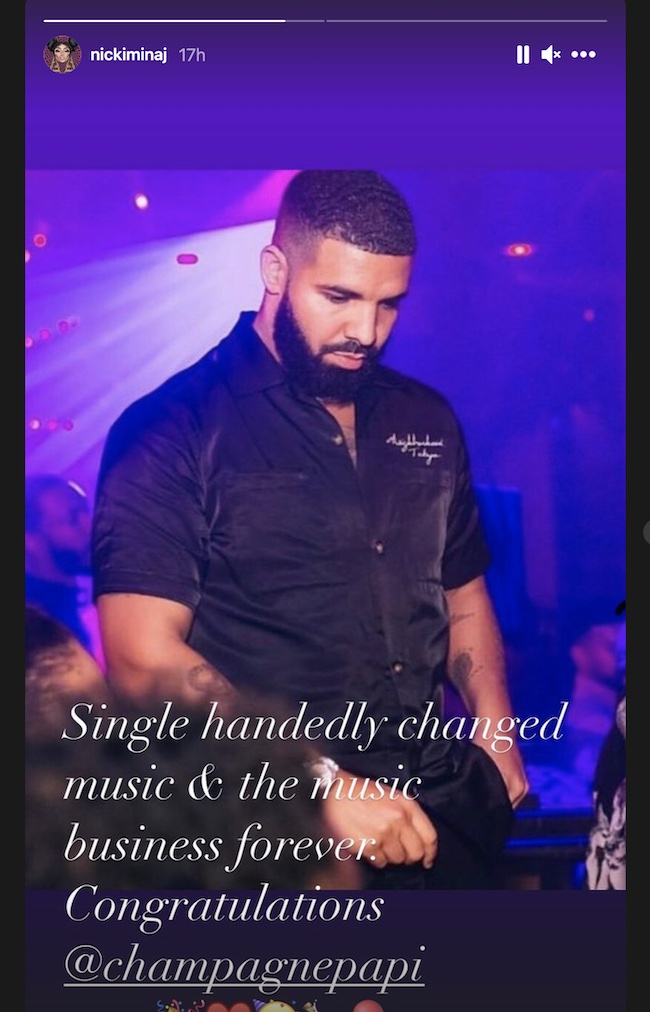 Drake also took home the Billboard Award for Top Streaming Artist pushing his total number of trophies over fifty. Nicki says he is the greatest to ever do it and looks up to him not just as an artist but as a human being, who she often says is really smart.

One thing that Drake and Nicki have proved is that they will always fix their relationship no matter what goes down between them. When they say they love and support each other, they mean that. While they’ve had a rocky past at times, their future has never looked brighter.