NICK CANNON IS NOW THE FACE OF ‘THE WENDY WILLIAMS SHOW’ 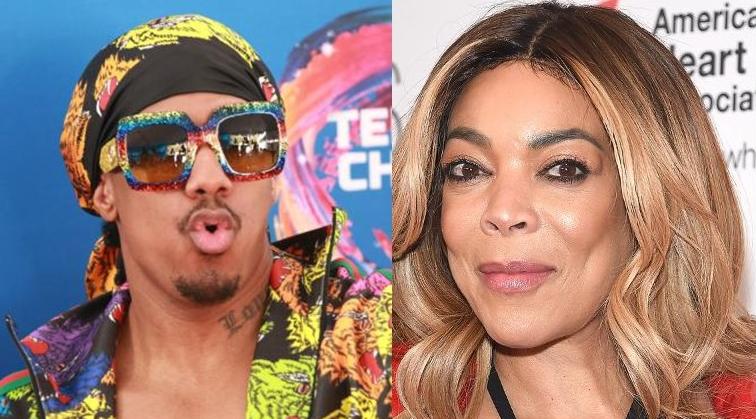 OK, this could be innerestin’ to say the least. If you haven’t heard, Nick Cannon is taking over the hosting duties of the “The Wendy Williams Show.”
So, Wendy fans, “how you doin’?
And NO, the gig is NOT permanent. If it was it would be called “The Nick Cannon Show.”

Anyway, getting back to the story …  Cannon will the face of  the show on Feb. 4, Feb. 5 and Feb. 6. He’ll be continuing Wendy Williams‘ signature segment, “Hot Topics.” Of course he’s been a guest on the show plenty of times, so we suppose it’s all gravy between them at the end off the day.

Speaking of “Hot Topics,” it’s obviously interesting that Nick is subbing for Wendy when these two have had their differences and she’s gone in on him plenty of times in “Hot Topics.”

As we reported earlier, the Williams’ family announced that she was still recovering from her fractured shoulder and also had to be hospitalized as a result of symptoms from her Graves’ disease.

“Despite her strong desire to return, she is taking a necessary, extended break from her show to focus on her personal and physical well-being,” the statement read.

A source told Page Six at the time, “Staff at [Williams’] show are eager to get back to work. We are all hoping she is well. The mood at the set is good … We just want Wendy to get better.”

Distributor and producer Debmar-Mercury previously announced that the show would feature a variety of hosts starting the week of Jan. 28.

Williams, 54, fractured her shoulder in December and then worried fans when she slurred her words on-air. She later apologized and blamed the painkillers she was taking to treat her fracture.

Since then, Williams has delayed her show’s return twice. It was originally supposed to return shortly after the New Year but was pushed back to Jan. 14. The show pushed the return date again to Jan. 21 in order to allow Williams to heal and come back at “200%.”