Rapper Jay-Z is interested in acquiring minority ownership in an NFL franchise.

Jay-Z has thrown both feet into the NFL fire, full flame. He recently signed on to produce their in-game entertainment and Super Bowl shows.

The move has been met with both excitement and disdain, depending on the viewpoint. Outspoken leaders in the league’s social justice movement aren’t interested in hearing what Jay-Z has to say. They say he already sold out.

On Friday, former 49er and current Panthers safety Eric Reid escalated his long-running feud with the Brooklyn rapper when he referred to him as the “token black” in the room.

“Let’s diffuse the uprising of Black voices demanding justice with concerts to “inspire change” that have nothing at all to do with real “action”. It’s cool because our token black guy set up the concert”

1,893 people are talking about this

Reid was commenting on the recently announced “Inspire Change” concert that the NFL’s new partnership with Jay-Z’s Roc Nation music label will put on. Megan Trainor and Meek Mill will headline a free pregame show at Chicago’s Grant Park before the season-opening game Thursday night between the Bears and Packers.

.@MeekMill will headline the concert at the NFL's Kickoff Experience Chicago. Hopefully it'll be as hyped as the Eagles were 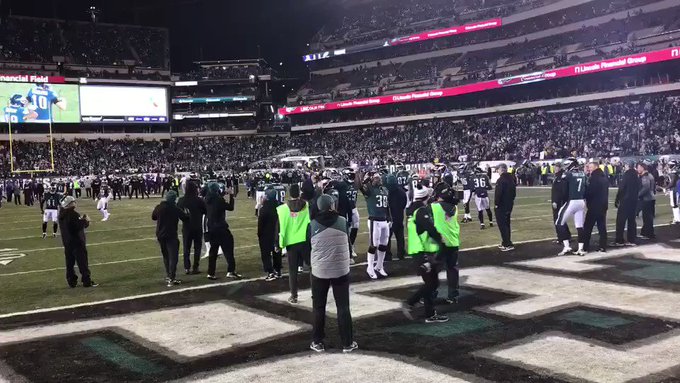 1,514 people are talking about this

Eric Reid Has History with Jay-Z

Eric Reid has blasted Jay-Z since the first day he partnered with the NFL. He was teammates with Colin Kaepernick in San Francisco and the two have remained very close friends.

He has been hyper critical of the Players Coalition and even boycotted a meeting. Reid has also has a history of slamming Jay-Z.

“Jay-Z claimed to be a supporter of Colin, wore his jersey, told people not to perform at the Super Bowl because of [what] the NFL did to Colin,” Reid told reporters, via Sports Illustrated. “Now he’s going to be a part owner, that’s kind of despicable.”

Eric Reid on news Jay-Z will be a part-owner. “Kind of despicable.” 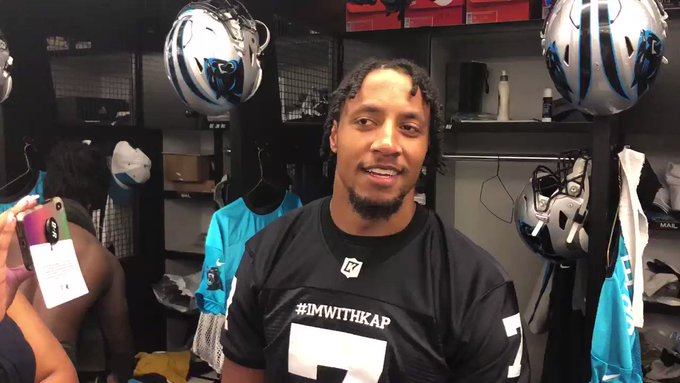 847 people are talking about this

Eagles safety Malcolm Jenkins co-founded the Players Coalition and has done everything in his power to empower black entrepreneurs, as well as advancing prison and school reform, social justice and racial inequality. Jenkins has pledged his allegiance to Jay-Z.

Malcolm Jenkins on Jay-Z’s partnership with the NFL focusing on music and social justice. 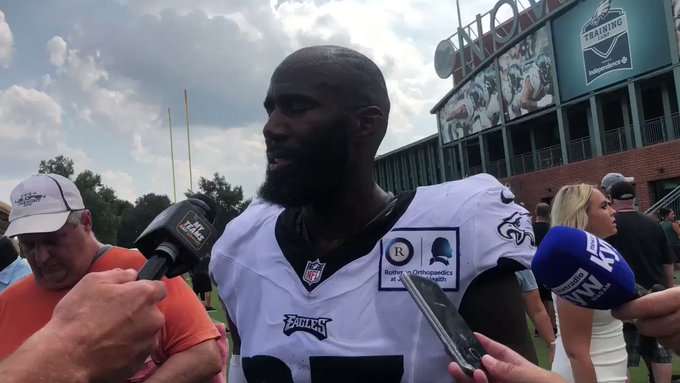 74 people are talking about this

“To sit across from billionaires and sit and talk about why they should be important is what the NFL should be highlighting,” Jenkins told reporters, “and somebody like Jay-Z who can add to that conversation and does things on a daily basis and has a history of doing those things helps us as players. To have an ally like that … I’m looking forward to seeing what that turns into.”