New York - David Paterson, who became governor of New York when his predecessor was forced to resign in disgrace, announced on Friday that he will not seek election this year, driven from office by a scandal involving a top aide.

Paterson, whose almost two years in office were a whirlwind of crisis, said he will stay in office until his term legally ends, but he won't seek election to the office. He also defended his tenure in a televised news conference and pledged to continue working on the state's problems.

"Up until the last few days, I was looking forward to participating in that work in a full four-year term," Paterson said. "But I am being realistic about politics. It hasn't been the latest distraction, it's been an accumulation of obstacles that have obfuscated me from bringing my message to the public.

"Therefore, there are times in politics when you have to know not to strive for service but to step back. And that moment has come for me," he said.

"Today, I am announcing I am ending my campaign for governor of the state of New York," he said. His wife Michelle stood by his side, eyes red-rimmed and looking weary in a black suit.

A member of a prominent African American political family, he became governor in 2008 when former Gov. Eliot Spitzer was forced out of office by a prostitution scandal. Once a popular state senator, Paterson found himself caught up in the state's budget crisis and in a variety of personal and political problems.

As his popularity plummeted, challengers emerged, including state Atty. Gen. Andrew Cuomo, the son of former Gov. Mario Cuomo. With Paterson out of the race, Cuomo was expected to have a clear road to the Democratic nomination.

In a fiery speech directed as much at critics in his own party as to voters at large, Paterson, who is legally blind, just days ago announced his intention to run in November. But a scandal involving his top aide, David Johnson, forced the governor to bow out.

The New York Times published several critical stories about Johnson's past. In the last story, questions were raised about the governor's role in dealing with a woman involved in a domestic dispute with the aide.

Court papers indicate that state police may have pressured the woman to not pursue criminal charges against Johnson. The newspaper also said Paterson spoke with the woman, although the governor's office said it was the woman who initiated contact.

Paterson insisted that he will be exonerated of any wrongdoing in the scandal.

"I have never abused my office, not now, not ever," he said, with a hand raised as though he was taking an oath.

The story was a match thrown onto the already incendiary world of New York politics. The younger Cuomo, long seen in party circles as the heir apparent, had already built a campaign fund that was five times larger than Paterson's and enjoyed a sizable lead in voter popularity in what expected to be a primary battle for the nomination.

The Democratic nominee will face likely Republican candidate Rick Lazio, who had hoped to run against the weaker Paterson and a divided Democratic Party.

Those divisions could also have caused problems for New York's two senators, Charles E. Schumer and Kirsten E. Gillibrand, who was appointed by Paterson to fill the seat of Hillary Rodham Clinton after she became secretary of State. With a weak candidate for governor, both senators, but especially Gillibrand, faced tougher battles.

Paterson, who was so well liked as a legislator that he was chosen to run for lieutenant governor, had problems seemingly from March 17, 2008, when he took over from Spitzer. Early on, amid media pressure, he held a news conference detailing past affairs he and his wife had when their marriage seemed doomed. He also acknowledged using drugs in the past.

Paterson was the state's first African American governor, but his relations with President Obama took a turn for the worse.

In 2009, Paterson said in a radio interview that he and other African American political leaders, including Obama, are treated unfairly by the media. The White House rejected that claim, and behind the scenes -- and at the request of New York politicians -- worked to convince Paterson to skip a run to keep the governor's seat in the November election.

The news of Obama's displeasure came just as the president was visiting upstate New York in September, where he was awkwardly greeted by Paterson at the airport.

"There has been a lot of back-and-forth in the past few months," Democratic National Committee Chairman Tim Kaine said in an interview on MSNBC on Friday. "He came into office under very, very difficult circumstances, but I respect his decision. The party will have to pull together to find another nominee."

Comment by Trisha Evans on February 27, 2010 at 10:23pm
HE have a lot of unsolved issues that needs to be address. He leaves a very terrible legacy behind being the new governor and all..

Comment by AJCAVReport on February 27, 2010 at 7:17pm
We all have to make decisions sometimes, hard as they may be. The governors decision, I think, was best for us & the party. All the best to him and his family. nuff love.

Comment by carlo scarlatti on February 27, 2010 at 12:33pm
He made the right decision they would rather have a White governor in New York. He got the job by default, he was not elected. But his chances were diminished when he got involved with his aide's problem. But all good bosses usually stand up for their top employees, so was he right? was he wrong? You tell me.

Comment by CobraFire on February 26, 2010 at 5:50pm
We should all respect his decison and hope that his replacement would be a Democrat who could help President Obama pull us out of this economic depression. 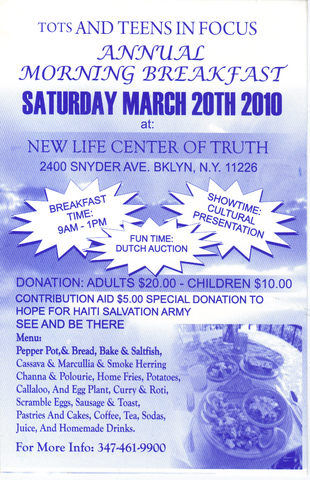