WATCH: Michael Jackson – A Place With No Name (Music Video)

Michael Jackson is looking down smiling at his legacy right now after the music video for his single “A Place With No Name” drop.

“A Place With No Name” is a cut of his posthumous album Xscape, now in stores. The music video also created history by becoming the first video to be premiered on Twitter.

The feel good video was also shown on the infamous Jumbotron in Times Square. The Samuel Bayer-directed video features old footage of Michael Jackson from his 1992 “In the Closet” short film.

Watch the official music video for Michael Jackson song “A Place With No Name” below.

Watch the official music video for Michael Jackson song “A Place With No Name” below. 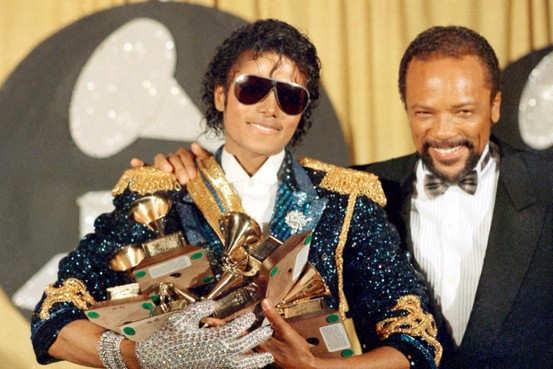 In part one of a two-part interview, Jian speaks to legendary producer Quincy Jones about his musical past, biggest influences and most vivid memories -- including how he went from "baby gangster" to musical great, and how a near-death experience left him with only one fear.

Throughout his storied career, Quincy Jones has collaborated with the likes of Ella Fitzgerald, Frank Sinatra and Ray Charles -- to name only a few -- while racking up scores of accolades: 27 Grammys (from 79 nominations), 7 Academy Award nominations, 11 Tony nominations, an Emmy and a spot in the Rock and Roll Hall of Fame.

But one of his most epic and acclaimed collaborations was, no doubt, with the late King of Pop.

Jones tells Jian what it was like to work on Thriller, noting that he produced mega-bestselling Michael Jackson like he would any artist -- taking the lead and filtering for quality.

"What am I gonna learn from Michael? I don't wanna be singing and dancing," says Jones. "I didn't ask him about anything. We told him what songs he was gonna sing. A producer has to do that."

"They're trying to make money. And I understand it. Everybody's after money, the estate, the lawyers. It's about money."

Still, Jones notes, "it's not my business anymore."

The king of pop music Michael Jackson returns to the charts five years after his death with his latest album Xscape debuting at No. 2 on Billboard 200.
The Black Keys take the No. 1 spot with their album Turn Blue.
According to stats from Nielsen SoundScan, the 8-track album sold 157,000 copies in its first week of release.
Michael Jackson presence is also being felt on the Hot 100 chart after his lead single “Love Never Felt So Good” featuring Justin Timberlake debut at number No. 20.
The album Xscape is also Michael Jackson’s 10th top 10 album. The disc saw production credits from Timbaland, Stargate, and Rodney Jenkins.
Watch Michael Jackson hologram performed live at the 2014 Billboard Music Awards below. 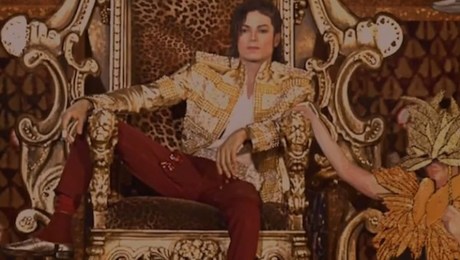 Michael Jackson shut it down at the 2014 Billboard Music Awards on Sunday, May 18, as the late King of Pop's hologram performed “Slave to the Rhythm” off his new posthumous album Xscape. Check out the performances below.

Michael Jackson “Slave to the Rhythm”

Robin Thicke "Get Her Back"

Miley Cyrus Lucy In The Sky of Diamonds"

A milestone performance that took almost six months to create, Michael Jackson took the stage in hologram form at tonight’s Billboard Music Awards for a rendition of "Slave To The Rhythm."
Joined by 16 dancers and a live band, the computerized version of MJ gave a live offering of a track from the King of Pop’s latest release, Xscape. In an ode to the time in which the song was recorded, the hologram was dressed in a gold jacket and red pants as the stage gave a nod to Jackson’s Dangerous album artwork. The Xscape track was chosen for the performance for its dance-worthy (duh) appeal.
"At the time we made the decision," Jackson’s lawyer John Branca said told Billboard. "'Slave to the Rhythm' felt like a song was something people could dance to, a potential club song. We talked to Jamie King, who directed the Michael Jackson Cirque du Soleil shows and we all felt the song was very likeable."
Jackson’s Xscape is competing with The Black Keys’ newest release Turn Blue, for the No. 1 spot on the Billboard 200 this week.

Watch Michael Jackson be reincarnated on the 2014 Billboard Awards in the video below. 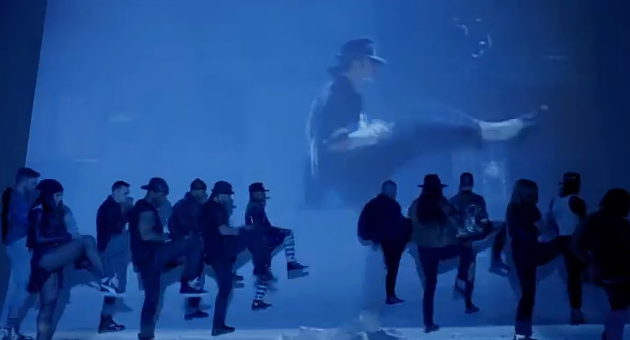 Check out the feel good music video for Michael Jackson's collaboration with Justin Timberlake entitled "Love Never Felt So Good." The song is off of the King of Pop'sposthumous album, Xscape, which is available now on iTunes 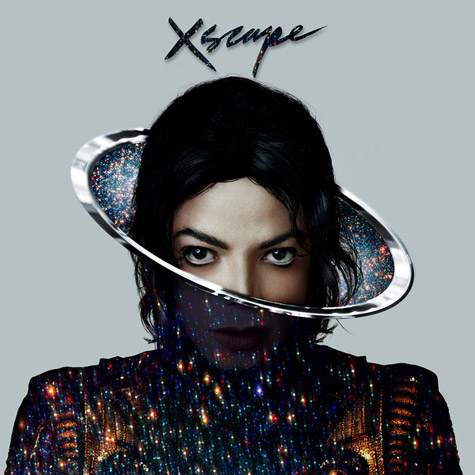 Usher was on hand to premiere a new Michael Jackson song “Love Never Felt So Good” at the iHeartRadio Music Awards on Thursday night.

The R&B crooner showed off song slick dance moves as Michael Jackson sings in the background.

“Love Never Felt So Good” is the first single off Michael Jackson upcoming album Xscape, due on May 13, 2014.

There is also an alternate version of the single which featured an appearance from JustinTimberlake. 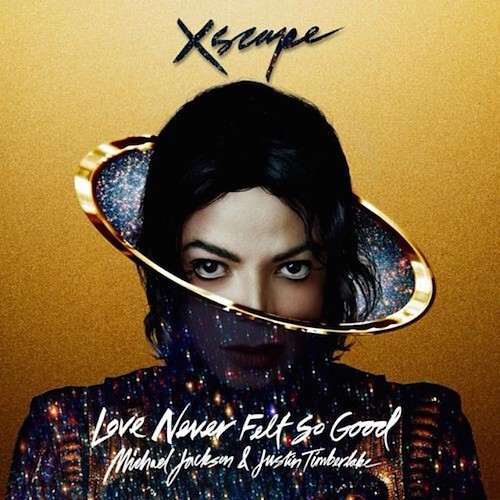 Michael Jackson left behind some quality music after his untimely passing. Fans will get the chance to hear some if it on the forthcoming album entitled Xscape. Check out the collaboration between the King of Pop and Justin Timberlake, "Love Never Felt So Good."

The album will be released on May 13. Pre-order it now on iTunes https://itunes.apple.com/us/album/xscape-deluxe/id850697616

*A new Michael Jackson album, featuring eight unheard tracks from the late singer’s vaults, will be released in May, his official website announced Monday.

Titled “Xscape,” the album will be released in conjunction with his estate and Epic Records. Label head L.A. Reid took charge of ”contemporising” each of the recordings on the album, which will be out on May 13.

He said in a statement: ”Michael left behind some musical performances that we take great pride in presenting through the vision of music producers that he either worked directly with or expressed strong desire to work with,” adding, ”We are extremely proud and honored to present this music to the world.”

Timbaland is the lead producer for the record, while Rodney Jerkins, Stargate, Jerome ‘Jroc’ Harmon and John McClain have also worked on the surprise record.

L.A Reid added: ”’Xscape’ continues the tradition of naming Jackson’s albums after one of its songs. The title track was written and produced by Jackson and Jerkins, who recorded the original with the singer.”

Epic will release a deluxe edition of the record to include all the sourced recordings in their original form.

Meanwhile, the singer’s track “Slave to the Rhythm” featured in a commercial for Sony.

Comment by MsFlame on May 20, 2014 at 2:16pm
state
Further information: Value of Sony/ATV Music Publishing
Jackson's last will was filed by attorney John Branca at the Los Angeles County courthouse on July 1, 2009. Signed July 7, 2002, it names Branca and accountant John McClain as executors; they were confirmed as such by a Los Angeles judge on July 6, 2009.[83] All assets are given to the (pre-existing) Michael Jackson Family Trust (amended March 22, 2002),[84] the details of which have not been made public. The Associated Press reports that, in 2007, Jackson had a net worth of $236.6 million: $567.6 million in assets, which included Neverland Ranch and his 50% share of Sony/ATV Music Publishing' catalogue, and debts of $331 million.[85] The guardianship of his three children is given to his mother, Katherine, or if she is unable or unwilling, to singer Diana Ross.[86] The will states that Jackson's former wife Debbie Rowe was omitted intentionally.[87] Jackson's will allocates 20% of his fortune as well as 20% of money made after death to unspecified charities.[88]

Media reports suggested that settlement of Jackson's estate could last many years.[89] The value of Sony/ATV Music Publishing is estimated by Ryan Schinman, chief of Platinum Rye, to be US$1.5 billion. Shinman's estimate makes Jackson's share of Sony/ATV worth US$750 million, from which Jackson would have had an annual income of US$80 million. Sony Corporation has not commented on whether it intends to buy Jackson's share of Sony/ATV from the Jackson estate. Jackson's creditors could force a distressed sale, which would act in Sony's favor since it would lower the sale price, but only if the trust set up by Jackson for his stake in Sony/ATV is revocable. A distressed sale would lower the value of Jackson's estate, and thus might not raise enough to cover the debts owed by the estate.[90]

Comment by MsFlame on May 20, 2014 at 12:12pm
It's his estate that capitalizes. The estate owns his image, and they collect royalties for its use. Because he is deceased, the one who collects is the one that holds the rights. Sony, of course, has a share as the production company, but the estate lawyers are making sure the estate is well taken care if.

As a strong MJ Fan who misses him dearly; I cried seeing him image in this performance!

After I saw Tupac and ODB'S hologram, I didn't want to see another.

when you are a king, they dont just call you a king, even when they wish you were gone, you are still here, even after death MJ got people dropping tears, after all Sony will be happy for a long time to come, as they capitalize, you will always bere for generation to come King MJ