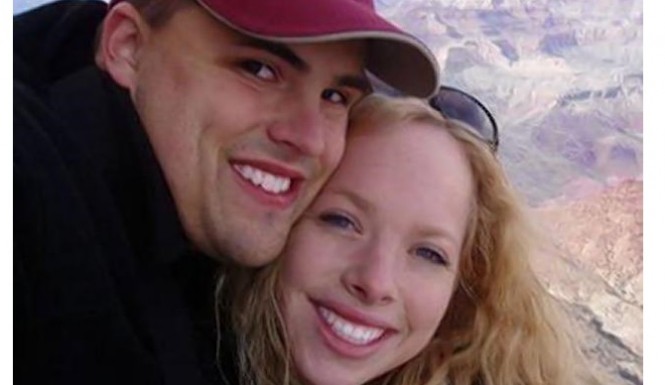 Cypress, TX – A 32-year-old man who shot himself to death in his wife’s hospital room just after she gave birth to their child on Sunday afternoon has been identified.

Michael Carl Nobles of Cypress was confirmed by the Harris County Medical Examiner to be the man who shot himself last week, local media reports. He shot himself at Willowbrook Methodist Hospital in Northwest Houston at around 5PM Sunday. He was flown to another Houston hospital where he was pronounced dead at 3AM the next day.

“Family members told our investigators that he had been recently distraught,” a Houston police spokesman told the press.

He shot himself with a.380 pistol, and had to be relocated to Memorial Hermann Hospital because Willowbrook was not equipped to deal with his injuries.

“We are a level one trauma center,” a spokeswoman said, “so depending on the acuity of a patient that will determine where a patient goes.”

Nobles’ wife, Kendra, and the couple’s new baby were not injured.

“They should probably have more security, you know. If they’re going to let people in the institution like that,” one visitor told a local news outlet.

“They probably need to have cops or something like that around if somebody has a gun or metal detectors or something.”

But a Willowbrook PR spokesperson said that they consider Nobles’ suicide an isolated incident.

Police are still investigating Nobles’ suicide, and his wife did not have a statement.

Race is such an unfortunate overshadowing of everything today. This gentleman obviously had some major issues. One thing I don't get about this article is that the second part focused on guns in the hospital rather than this tremendous tragedy. A newborn is possibly now fatherless and the mother is left in a awkward state of grief with possibly many questions herself.

Comment by Dexter on August 23, 2013 at 9:46am
No need to go on The Maury Povich show & get a paternity test if the baby came out looking like Flava Flave

Comment by upscale on August 23, 2013 at 9:38am
IsMaybe he realized the child is not his (but only if the child was black he could pass that judgement) well he is somewhere where he " ain't worry about nutten"

What does A blk baby has to do with this ???? some ppl need to go shoot themselves maybe he was hoping it was a blk baby so he wouldn't have to take care of it

I read about this a couple of weeks ago.  Never know a person's state of mind.

well at lease he killed himself