Reporting from Alexandra, South Africa— A highway and a mile-wide valley divide the glittering retail towers and leafy suburbs of Sandton from the exuberant chaos and squalid poverty of Alexandra township in South Africa. But on Mandela Day, the birthday of the nation's best-loved liberation hero, the gulf seems less impossible.

Nelson Mandela celebrated his 93rd birthday Monday with family in his home village of Qunu in the Eastern Cape, while his adoring compatriots rolled up their sleeves and did some good.

It's a day when people in South Africa try a little kindness — 67 minutes' worth — in honor of the 67 years that Mandela worked for equality in the African nation from 1942 until his retirement from public life in 2009.

Even on South Africa's most optimistic day, the differences are stark. In Sandton, bling-decorated shoppers wheel shopping carts laden with consumer luxuries. In Alexandra, a shabby father pushes his two toddlers in one. The goods are laid out on the township's sidewalk, or sold from the back of trucks, and women fry dough in pots over open fires. Torn posters tout $200 loans and abortions.

At Itlhokomeleng Old Age Home in Alexandra, a peek into a tiny purple room revealed two small beds with love-worn teddy bears on the pillows. Residents sat in wheelchairs and moth-eaten couches in a small yard behind the communal dining room.

Laid out before them for Mandela Day was a feast of cupcakes, pies, chicken legs, sausages and sandwiches, like a Thanksgiving table.

In one of many similar events across the country, a group of retailers, a radio station and the government electricity supplier delivered a large pile of donated food, blankets and gift bags to the home, and changed all the light bulbs for low-energy globes.

"There's Sandton, and here's Alexandra, right on the doorstep. If we can bring the two together, as we have tried to do today, then we'll have achieved something," said Dennis O'Donnell, station director of SAFM radio, one of the sponsors of the event, which ran a national campaign for donated food.

"One lady phoned in and said that of her own initiative she was visiting children's [nurseries] in underprivileged areas and bringing them cakes or snacks," he said. "It's that kind of thing: acts of kindness. I think it's hugely important because it's part of the catharsis. There's a lot of healing that needs to take place in this country, and those acts of kindness will eventually break down the barriers and mistrust between the races in this country."

One Mandela Day celebrant's contribution was to tweet inspiring Mandela quotes all day. Another made sandwiches, another did finger painting with children, and yet another took children ice-skating.

Mandela's increasingly frail health in recent months has alarmed a nation that is obsessed with his heroic contribution. Rumors have swirled of the former president's death, or near demise. When he caught a cold this year, members of the media by the hundreds camped outside his hospital and home for weeks.

Underlying Monday's celebrations was a fear he might not be here the next Mandela Day.

Although Mandela has often asked that his saintly status be toned down, the cult of personality first created by a committee of African National Congress leaders during the early years of his imprisonment on Robben Island in the 1960s and '70s gained its own unstoppable momentum long ago. So Mandela Day merchandising was a major part of the day.

Government departments, major companies and media outlets ran Mandela Day events across the country, including pothole-fixing operations and donations of books to schools. SAA, the nation's poorly performing state-owned airline, branded its fleet with the Mandela Day logo and flew a group of underprivileged children from around the country to Johannesburg to give them their first experience of flying.

Mandela Day began in 2009, and the South African government and United Nations have been pushing to make it an international event, encouraging people in every country to give 67 minutes to a humanitarian cause — or just to do a good deed.

South Africa diplomats in Washington served food at a homeless shelter, while members of the mission at the U.N. headquarters in New York painted benches in Central Park. In Kenya they raised money for a children's home, in Japan they visited blind people and in Thailand they planted trees.

At the Itlhokomeleng home, 72-year-old resident Adam Nonyane, crippled in a traffic accident and unable to care for himself at home, said Mandela Day was a sad event because it reminded him of the suffering Mandela endured during his 27 years of imprisonment under apartheid.

For others at the home it was joyful. One elderly resident rocked and clapped his hands enthusiastically when a choir from Johannesburg belted out harmonies dedicated to the former president.

Zodwa Khumalo, who must use a wheelchair, sat at the back in the sun, her body swaying to the songs, her arms waving, a look of ethereal joy transporting her.

"It's beautiful, that was beautiful," she said, a huge smile on her face. "I love Mandela Day! I can't forget that man. Mandela, he says South Africa has one flag, and the people, black and white, now their blood is one.

Comment by Zulfikar Mustapha on July 19, 2011 at 6:14pm
Happy Birthday you are indeed a champion of Planet Earth!

Comment by tasteofjamaica on July 19, 2011 at 3:13am
Happy Birthday brother and may you live to see many more days like this. May God continue to bless you and your family. Peace to you always. 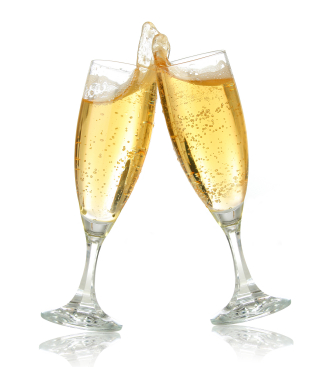 To Madiba, on his birthday!