Ne-Yo decides to remix Kendrick Lamar’s #1 song ‘HUMBLE’. "Was in the studio and that Kendrick came on, so I decided to try something just for fun,” wrote Ne-Yo. Stream it up top and let us know what you think. 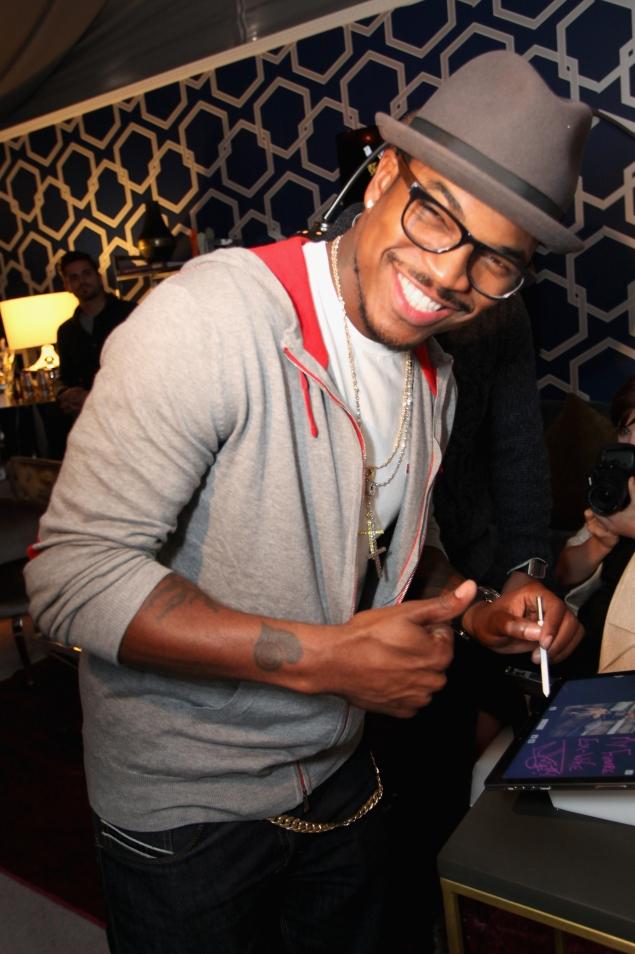 Ne-Yo and pals allegedly had an $800 night at a West Village restaurant and left no payment or tip.

Hey Ne-Yo, here’s a tip — leave one next time. And pay your bill while you’re at it.

The Grammy winner spent an evening dining with a group of 10 earlier this month at West Village restaurant Negril, where he sipped on multiple Grey Goose screwdrivers and ordered mac and cheese and chicken plates, racking up an $800 bill. But the “Sexy Love” singer allegedly walked out without paying a dime — or giving his overworked waitress a tip.

“We had a Monday Night Football thing, the Giants were in, too, and Ne-Yo came in with [road manager] Jayvon Smith, a group of girls, some guys and a bodyguard,” one eyewitness tells Confidenti@l. “He was ordering all this stuff and he kept asking people what they want, and kept the drinks coming.”

Even though the waitress on Ne-Yo duty was “run ragged” by his needy group, our tipster tells us she was overly helpful and enthusiastic toward the singer and his crew.

“The waitress was really sweet, she even helped his bodyguard, who sat at the bar while the group ate,” says the source. “She’s smiling like she’s going to get a good tip and she ends up looking for him after no one paid the bill.”

According to our source, Ne-Yo’s server took the check over to his table when the group looked like they were about to leave — only to have them start arguing over who would foot the bill.

Negril's manager reportedly pursued Ne-Yo's group to a nearby lounge to get payment, but was rebuffed by his bodyguard.

But the game of keep-away wasn’t over yet. Our source says Ne-Yo then handed it back to Smith, who walked out, got in a waiting SUV with the singer and drove off.

After discovering the group was headed to the Griffin to party some more, the manager of Negril walked to the nearby Gansevoort St. lounge to see if anyone in the party would please pay the bill.

“Someone in the group promised they’d be back tomorrow to pay up, then Ne-Yo’s bodyguard was trying to block the manager,” another source tells us. “He said ‘Ne-Yo is busy, I’m not going to get his credit card right now.’ ”

We’re told Ne-Yo, who named one album “Year of the Gentleman,” remains anything but. Our source says he has yet to pay the bill or a tip.

“The waitress was so upset,” says our first source. “She looked like she was working so hard.”

A rep for Ne-Yo did not respond to questions by deadline.

Thats a Damn shame Im not surprised cause most people of that industry treat those in the Service industry like S*** I should know I've worked with many of them I can tell you first hand there the worst they think that they have a sense of entillement thinking they should not pay for anything cause of who they are espeacilly young       Black Entertainers Im sorry to say it, not all are bad but the bad always supersedes the good and thats so unfortunate!

SORRY GIRLY IS THIS A SCAM. I SMELL

ne-yo cannot be broke he writes his own music and produce just about all of them,he appear on many collabo, and he is the president on motown records, that negro just cheap

hey ne-yo bring your bald head ass back here and your bill if you can pay those chicks all that money for babies thats not even yours $800 is nothing compare to that, bring your black ass back before those white people sues you and you know they will you dumb negro

Call the police u shouldn't have to run after them dumb ass.

sounds like the brotha broke...$800.00 tap should be nothing to him

Comment by steffie on December 2, 2013 at 3:14am
THE SAD PART OF IT ALL NEYO CAN PAY THE BILL TWICE OVER. TERRIBLE NEYO. BAD ENOUGH WAITERS AND WAITRESSES DONT GET DECENT WAGES.