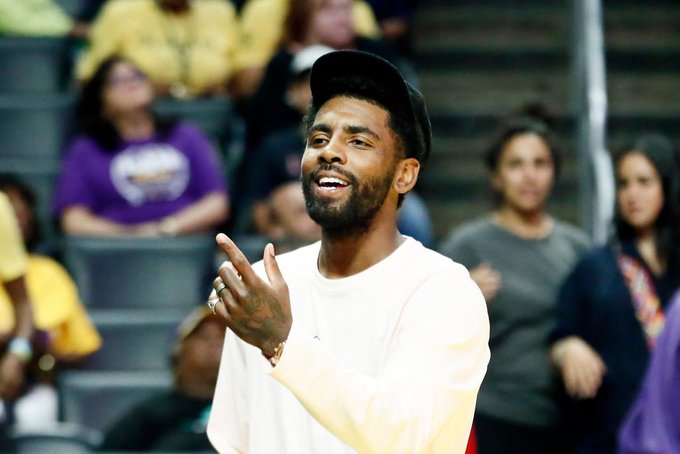 NBA players in New York City and San Francisco who refuse to get vaccinated against COVID will not be paid for missed games.

“Any player who elects not to comply with local vaccination mandates will not be paid for games that he misses,” NBA spokesman Mike Bass said in a statement.

The Association has not made it mandatory for players to be vaccinated, Yahoo reports.

“A vaccine mandate for NBA players would need an agreement with the Players Association,” said Bass. “The NBA has made these proposals, but the players’ union has rejected any vaccination requirement.”

According to reports, unvaccinated players on the New York Knicks, Brooklyn Nets and Golden State Warriors will lose millions if they refuse to take the COVID-19 vaccine.

“I think it’s important we don’t lose sight of the fact that 90% of the league is vaccinated,” NBPA president CJ McCollum tweeted on Monday.

Meanwhile, NBA legend Kareem Abdul-Jabbar has called on the NBA to require all players to be vaccinated against COVID-19 or be booted from the team.

“The NBA should insist that all players and staff are vaccinated or remove them from the team. There is no room for players who are willing to risk the health and lives of their teammates, the staff, and the fans simply because they are unable to grasp the seriousness of the situation or do the necessary research,” the former athlete said.

“What I find especially disingenuous about the vaccine deniers is their arrogance at disbelieving immunology and other medical experts. Yet, if their child was sick or they themselves needed emergency medical treatment, how quickly would they do exactly what those same experts told them to do?” he continued.

Hear more from Kareem on the subject via the YouTube clip above.

Like a sport lover and ex semi profession backetball player i open for myself https://betwinner-az.com/ like a good servise to use all my expiriens and earning some extra money.

Thank you for your post. I have read through several similar topics! However, your article gave me a very special impression, unlike other articles. I hope you continue to have valuable articles like this or more to share with everyone! paper io

The innovation is well appreciated among visitors, among which there are a lot of new participants, they are always happy to get the first experience of the game in games in which there are still few nerds experienced https://syndicate.casino/blog/choy-sun-doa. The virtual world of games dictates its own rules, today graphics 3D slots are gorgeous with their development history and unique combinations of players.

Kareem is a damn fool.  I wonder how much he's getting paid to say this.  This is incredible that the whole world is in panic mode over a damn cold.  Has anyone noticed no one catches a cold or the flu anymore?  This is nothing more than a campaign to get our people inoculated against something that has a recovery rate of over 95%.  No one has any faith anymore and keep trusting these celebrity mouth pieces and doctors.  It's hard to believe the whole world has become so stupid.

Comment by Omar on October 1, 2021 at 8:10am
COON ASS NIGGERS....WHERE IS THE RESEARCH THAT BACKS THIS PLANNEDEMIC?!??! GTFOH PURE F****** IDIOTS....ALL OF THESE NON-THINKERS WHO BLINDLY FOLLOW THE LEADER ARE DOOMED FOR MASS DESTRUCTION. NO ONE ASKS THEMSELVES, HOW IS IT THAT A " VACCINE" FOR CORONAVIRUS EMERGED SO QUICKLY?!??! 2nd Question, IF THE CORONAVIRUS IS AS OLD AS THE COMMON FLU, WHY IS THERE EVEN A NEED TO BE VACCINATED?!?! I'VE CONTRACTED THE FLU AT LEAST 2X IN MY LIFETIME, AND WAS NEVER IN DANGER OF DYING FROM IT. IT TOOK EONS FOR THEM TO COME UP WITH A FLU VACCINE, HOW THEN IS IT POSSIBLE FOR THEM TO HAVE A CORONAVIRUS VACCINE IN THE SHORT AMOUNT OF TIME THEY'VE "PRODUCED" ONE?!??! NO ONE IN FRONT OF A CAMERA W/A MIC, HAS THE PPLS BEST INTEREST AT HEART....AND F ALL OF THESE SO CALLED CELEBRITIES ADVOCATING FOR THE DEATH JAB....F EM ALL!!!!

Comment by Roots aka TJ What De Ras on September 30, 2021 at 5:49pm
Sounds like a breach on their contract. Lawyer up