White cop who shot Jacob Blake seven times will NOT face charges: Kenosha braces for unrest as DA declines to prosecute officer who left black man paralyzed and insists he was armed with a knife 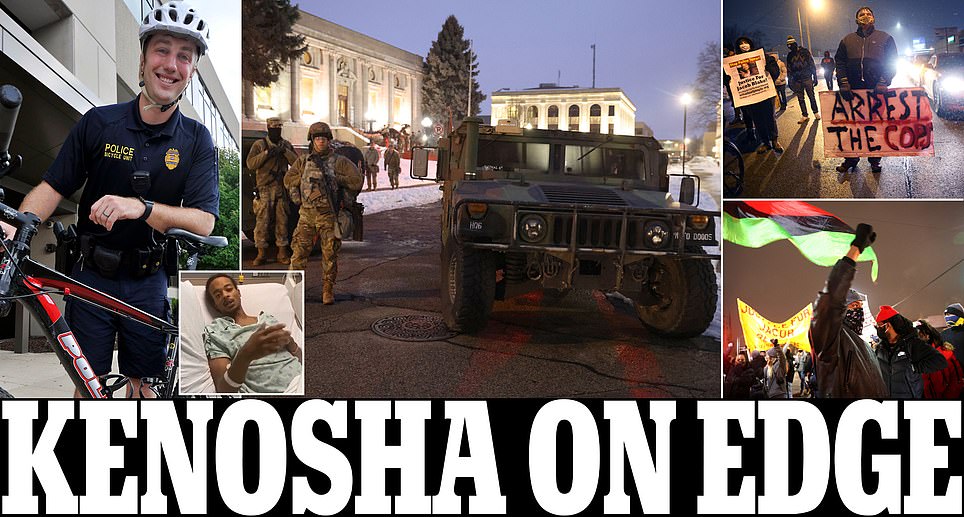 No charges will be filed against white police officer Rusten Sheskey, who shot black man Jacob Blake seven times and left him paralyzed, Kenosha County prosecutors announced Tuesday.
'No Kenosha law enforcement officer in this case will be charged with any criminal offense,' Kenosha County District Attorney Michael Graveley announced.
He said no charges would be filed against the other two officers involved in the incident - Officers Vincent Arenas and Brittany Meronek - or Blake. He noted a separate federal civil rights investigation into the shooting is ongoing.
On August 23 Sheskey, a seven-year veteran of the Kenosha Police Department, responded to a domestic incident in Kenosha, Wisconsin and shot Blake multiple times as he tried to get into his SUV as his three young children watched on from the back seat.
He has been left paralyzed and was discharged from the hospital in October.
Graveley said no charges were filed because prosecutors could not disprove Sheskey's claim of self-defense. He said it is 'incontrovertible' that Blake had a knife, citing how officers reported seeing a razor blade-type knife and Blake admitted to authorities he had a knife.
The shooting triggered massive, outraged protests in the city decrying police brutality and demanding accountability.
Wisconsin had already started to brace for renewed protests ahead of the decision with Gov. Tony Evers mobilizing 500 National Guard troops to help Kenosha authorities, the county sheriff declaring a state of emergency, and Mayor John Antaramian was given power to enact a curfew. 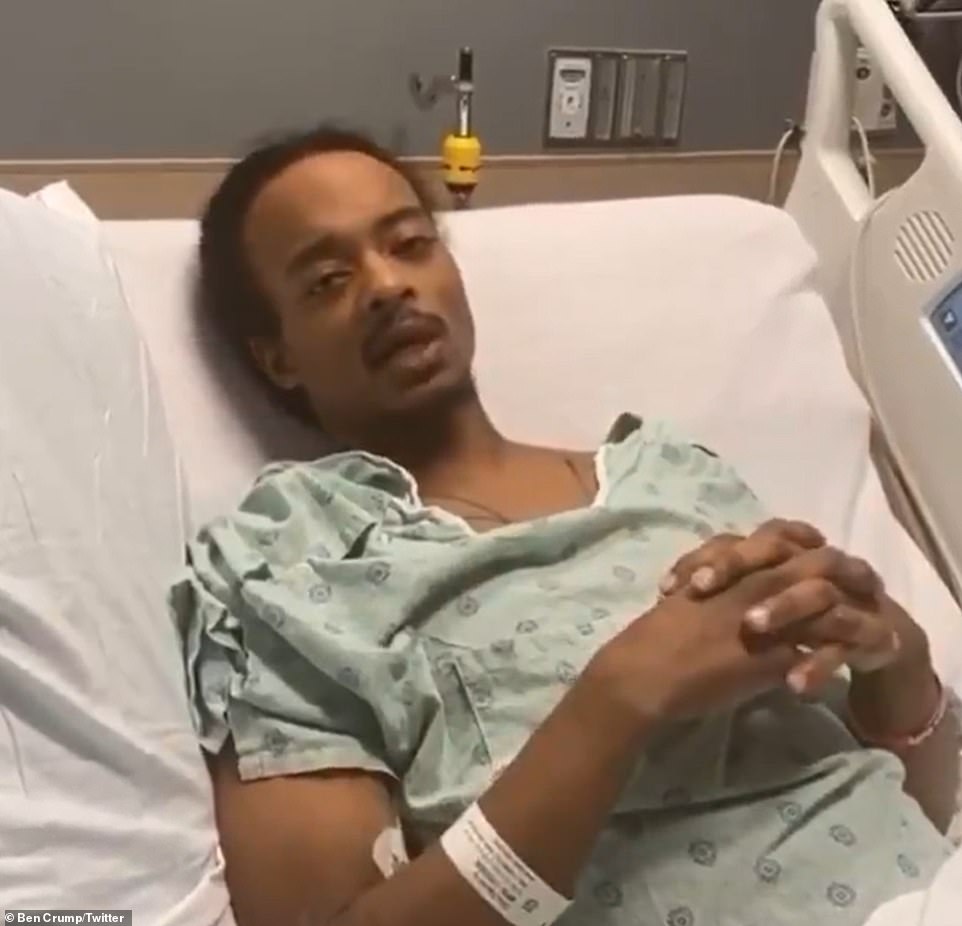 Attorney Antonio Moore discusses the NBA boycott, Jacob Blake and the history of the state of Wisconsin. Moore shows the 1936 redlining maps, and city budgets for Kenosha, Wisconsin and connects them to the shooting of Jacob Blake that occurred in the city.

He also ask the question is a protest by NBA teams like the Milwaukee Bucks still a protest if the games are simply postponed by the league?

The GoFundMe fundraiser for Jacob Blake, the Black man shot by Kenosha police Sunday, Aug. 23, is doing very well. So well in fact that it has raised over $1.5 million since it was created just days ago.

As the world saw via cellphone video, 29-year-old Blake was shot while walking away from police and getting into an SUV. One officer is seen holding Blake’s shirt, and then seven gunshots can be heard.

Blake is recovering at Froedtert Hospital. One of his attorneys said a bullet damaged Blake’s spine, he has several holes in his stomach, and multiple injuries to the rest of his body.

The “Justice for Jacob Blake” campaign was launched following the shooting. By Wednesday morning, Aug. 26, it has raised more than $1.4 million, according to reports.

If you would like to donate to the “Justice for Jacob Blake” GoFundMe, go HERE.

Niggers just dont get it, its a whole regime and system against you, all that chanting and talking will not get you any where, those white people you are begging are laughing at you, how many those f***** cops have killed, how many more will they murder, you can dance, you can jump, you can vote in great numbers for politicians who have witness the killing of innocent black people by white cops, what will they change, what exactly will they do, if they havent saw anything wrong with it what will they see now? Those same cops live in their community, they raised them, those arw their sons, they give you the same excuses every day, but passed 100 of laws for everything and every one else other than blacks, the sad part they have you repeat the same excuses, before Trump was president black people used to fight for black causes, only black causes, now the white democrats have you fighting for other people and they have you repeat it Brown people, niggers are so dumb they are saying it but dont even understand or know who. The brown people are, so to all the niggers who have the time to come at me, while the white cops are busy killing black people and not the brown people can you care to tell me who arw the brown people? This is not an argument or the name calling if you are out there repeating some thing white people created to avoid black issues you should have the knowledge because they sure pass laws to protect those so brown people